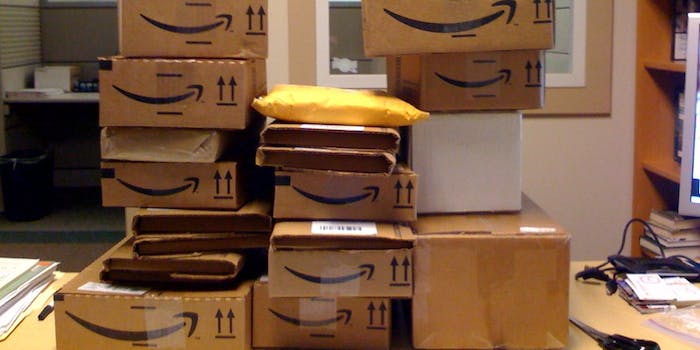 Amazon dropped a giant, inexplicable locker in the middle of San Francisco

In San Francisco, another item can be added the list of things only possible in America’s strangest and most innovative cities. A giant orange locker has been placed in downtown San Francisco by Amazon, with no apparent explanation.

Amazon lockers—where Amazon packages can be delivered, picked up, and returned—are usually found in convenience stores and parking garages, not in the middle of one of America’s biggest cities. The locker, aptly named “Giant,” is right across the street from the San Francisco Ferry Building, which receives heavy foot traffic from citizens and tourists alike. That placement gives credence to the the Wall Street Journal‘s belief that the locker is part of a promotional event that will take place later today.

Amazon does have a history with oversized boxes, delivering a Nissan Versa Note in a giant Amazon box to a customer earlier this year. Either Amazon is planning something big, or it has taken its hassle-free packaging approach to an entirely new level.