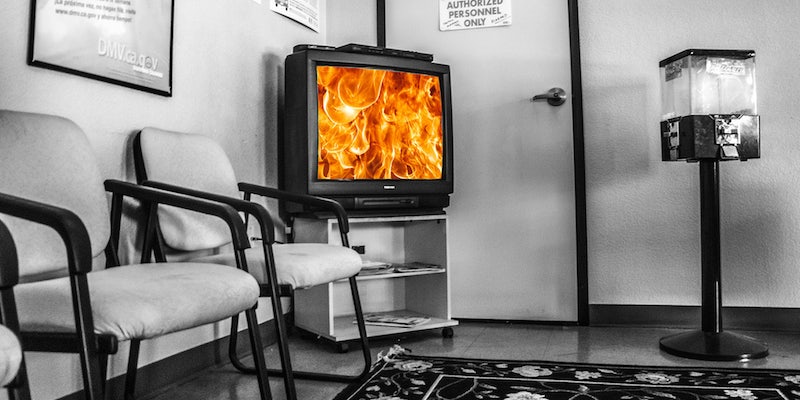 Fire TV: All you need to know about Amazon’s new streaming device

Amazon is on a mission to be the go-to streaming entertainment company. Fire TV is the company's most ambitious step into the market.

Fire TV is here. Amazon unveiled its long-rumored streaming video device at a press event in New York on Wednesday, and with the official debut of FireTV, Jeff Bezos’ ecommerce empire is making its most intense push into the streaming entertainment market yet.

It’s obviously way too soon to say if Fire TV can live up to the stuff it promises in a press conference, but if the device can deliver even half of what it promises, this is going to be a major piece of equipment, especially since it offers gaming capabilities. It will retail for $99, so it’s not exactly a prohibitively expensive gadget to test out.

Fire TV will plug into your television, and it will use an open ecosystem. The small black box will allow users to run streaming competitors like Netflix and Hulu Plus, and it comes with 2 GB of RAM and Mimo dual-band Wi-Fi; Gizmodo reports this will allow Fire TV to run three times faster than competitors like Roku, Apple TV, and Chomecast.

Amazon’s Peter Limp walked press through how the new device works by showcasing how it addresses the problems plaguing competitors in the past: search capabilities, performance, and closed ecosystems. To improve search, Amazon designed a voice search and promises it will actually work. Fire TV’s biggest draw for this reviewer comes from its performance promise. Unlike other streaming hardware, it has a no buffering policy; playback is immediate.

Fire TV will run on the same forked version of Android that powers Kindle, and it’s clear that Amazon is hoping FireTV will be to streaming devices what Kindle has become to e-readers. Of course, this time around, Amazon is late to the market, which is why it needs to show why its device is better than the ones already available, such as Roku.

Amazon has been pushing its way into competition with Netflix for some time, and its recent licensing deals (it just snaked 24 away from Netflix) highlight how serious the company is about becoming a premiere streaming destination. The debut of Fire TV confirms that the company isn’t content snagging content: it wants to provide the hardware as well as the software.

Fire TV’s big competitors aren’t just other streaming boxes: It will come with robust gaming features, so it may become an alternative gaming console. There’s a dedicated gaming controller called the Fire game controller, and big gaming names like Disney, Gameloft, EA, Sega, and Ubisoft are working with Amazon to develop titles, and the Amazon Game Studio will develop original games. While this probably won’t persuade an Xbox devotee to switch, it reminds me of the Nintendo Wii in the way it seems tailored to casual gameplayers (people who like to play Angry Birds on their smartphones, not WoW obsessives—although Minecraft will be available, so who knows).

In addition to promising a faster experience than its competitors (and, you know, gaming) the Fire TV’s appeal is apparent in the details. It has IMDB integration and voice search, and next month, it will have music capabilities, so users can run Pandora, iHeartRadio, and other music services through the device. Fire TV can also function as a photo slideshow, since it can sync with smartphones to display photos uploaded to the cloud.