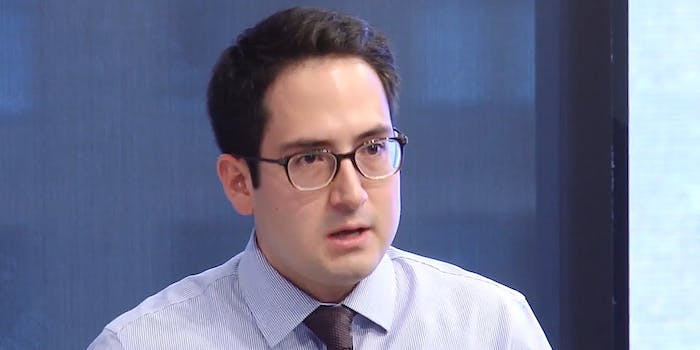 Biden's FTC is shaping up to take on big tech.

President Joe Biden is planning to nominate a critic of surveillance technology to the Federal Trade Commission (FTC), the Washington Post reported on Monday.

Sources familiar with the matter told the Post that Biden will tap Alvaro Bedoya, a professor at Georgetown Law and founding director of the law school’s Center on Privacy & Technology.

The story was also confirmed by Axios.

Bedoya has criticized the use of facial recognition technology in law enforcement, investigating how police and the Department of Homeland Security use the controversial technology, in ways that he says violate Americans’ privacy.

A Harvard and Yale graduate, Bedoya previously served as top lawyer for a U.S. Senate subcommittee on tech privacy.

Some interpreted Biden’s choice to nominate Bedoya to the FTC as a signal that a crackdown is coming for big tech companies. The president has faced increasing pressure to ban facial recognition in recent months.

“This is great news for the privacy community and for the merger of competition and privacy policy at the FTC,” tweeted Ernesto Falcon, senior legislative counsel for the Electronic Frontier Foundation, a nonprofit that advocates for digital privacy.

Evan Greer, director of the digital rights advocacy group Fight for the Future, was pleasantly surprised by the news.

“Congrats [Alvaro Bedoya] and more importantly congrats the world cuz we need people at the FTC who are serious about human rights and addressing the harms of surveillance,” Greer tweeted.

In a tweet, Bedoya confirmed the news, saying the nomination “is the honor of my life.”

Bedoya will replace Commissioner Rohit Chopra, who Biden nominated to direct the Consumer Financial Protection Bureau, the Post reported. Chopra has not yet had a confirmation hearing for his new position.

Biden previously nominated another big tech critic, Lina Khan, to the FTC. After she was approved by Congress, Biden tapped her to be chair, setting his FTC up for a showdown with big tech.