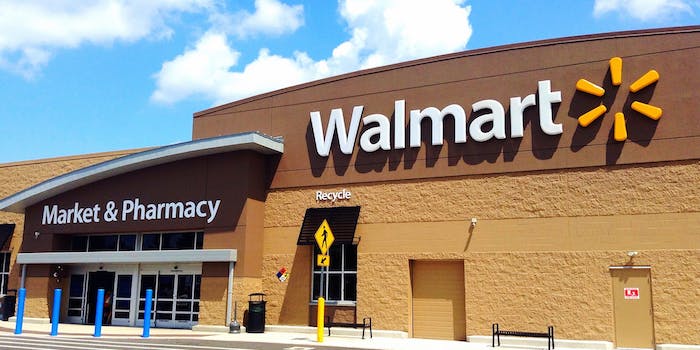 You can't buy liquor on Sundays, however, and not because of Muslims.

Fox News contributor and former congressman Allen West is one beer short of a six pack.

No matter which way he turns, he sees the Muslims out to get him. No place is safe—not even a Walmart deep in the heart of Texas.

In a recent blog post, West recalled his brush with what he perceived to be a Muslim store clerk infringing upon his right to buy booze. The young man had placed a sign in his checkout lane telling customers he couldn’t sell alcohol.

“So being the inquisitive fella I am,” West wrote, “I used my additional set of eyes—glasses—to see the young checkout man’s name. Let me just say it was NOT ‘Steve.'”

Here's what happened when I encountered a Muslim employee @Walmart yesterday https://t.co/0TZH68WaUM pic.twitter.com/a84DojMDDt

Naturally, West and his daughter, who had accompanied him to Walmart that Sunday, assumed “Not Steve” was subjecting them to Sharia law (buying booze from any checkout lane you want being the bedrock of the Bill of Rights).

“Imagine that, this employee at Walmart refused to just scan a bottle or container of an alcoholic beverage—and that is acceptable,” West continued. “A Christian business owner declines to participate or provide service to a specific event—a gay wedding—which contradicts their faith, and the State crushes them.”

As usual, West’s perception of reality was, well, completely wrong.

“We spoke to the Walmart store, and apparently employees under 21 years old are prohibited from selling cigarettes and alcohol,” West wrote in an update on his blog.

Ironically, had West or his daughter tried to purchase liquor that day, they would have found the stores closed. Texas is one of many states with “blue laws” prohibiting the sale of distilled spirits on Sunday. The ban—which is designed, yes, to regulate moral behavior on the Christian Sabbath—costs Texas small-business owners loads of money each year.