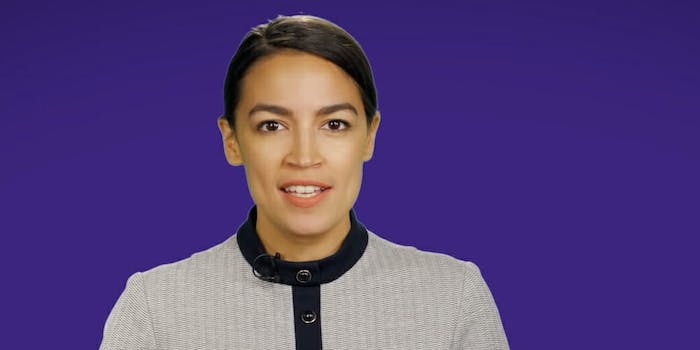 Her victory in New York on Tuesday has rocketed her into the political spotlight.

Ocasio-Cortez’s victory is being lauded as a potential clue as to what Democrats are looking for in candidates as the 2018 midterm elections get closer. Ocasio-Cortez ran on a far-left platform reminiscent of Sen. Bernie Sanders‘ (I-Vt.) proposals during the presidential primaries in 2016, which seemed to resonate with voters.

Ocasio-Cortez defeated Crowley, a member of the House of Representatives that some saw as a possible successor to House Minority Leader Nancy Pelosi (D-Calif.), by a 57.5 percent to 42.5 percent margin, according to the New York Times. She will face off against Republican challenger Anthony Pappas in November.

The upset victory has launched the previously relatively-unknown candidate into the political spotlight.

Who is Alexandria Ocasio-Cortez?

1) Ocasio-Cortez ran on a far-left platform

During the campaign, Ocasio-Cortez–a member of the Democratic Socialists of America—made several far-left proposals a centerpiece of her platform. In a video posted earlier this month, she said if elected she would fight for a federal jobs guarantee, a $15-per-hour minimum wage, paid family and sick leave, “Medicare for all,” tuition-free public college and trade schools, a nation-wide 100 percent renewable energy plan by 2035,  and abolishing Immigration and Customs Enforcement (ICE).

Her platform also included “justice system reform,” including ending the so-called “War on Drugs” and abolishing for-profit prisons, protecting DREAMers, simplifying a path to citizenship, and promoting an “economy of peace.”

One of Ocasio-Cortez’s key platform tenants was not taking money from special interest groups, a move that several other Democrats—including potential 2020 presidential candidates—have moved toward doing since the 2016 election. Ocasio-Cortez said she hopes to end the “corrupting influence of corporate finance in public elections,” calling the issue critical for anyone who wishes to “preserve the longest standing democracy int he world.”

The idea of shunning specific kinds of campaign contributions has taken hold among some of the bigger names in the Democratic party. Earlier this year Sen. Cory Booker (D-N.J.) and Sen. Kirsten Gillibrand (D-N.Y.) said they would shun corporate PAC donations. Others, like Sen. Elizabeth Warren (D-Mass.), Sen. Bernie Sanders (I-Vt.) and Beto O’Rourke, the Democratic challenger to Sen. Ted Cruz (R-Tx.), have also pledged not to take PAC money.

During her victory speech on Tuesday night, the newly-elected Democratic congressional candidate hit on that theme again.

Her victory on Tuesday night was certainly an upset and has thrust her into the national political conversation. But Ocasio-Cortez, who was born in the Bronx to a Puerto Rican mother and small business owner father, was relatively unknown until Tuesday’s vote.

In fact, as NBC News reporter Ben Collins pointed out on Tuesday night, the now-Democratic congressional candidate did not have a Wikipedia page until hours before the votes were tallied.

She has a Wikipedia page now, as she has become the talk of the political world overnight.

The new Democratic congressional candidate may not have had name-recognition until Tuesday, but she did have a small asteroid named after her—23238 Ocasio-Cortez—by MIT’s Lincoln Laboratory for winning second place in a microbiology project for high school students, according to a profile of her in Ozy.

If she defeats Anthony Pappas during the 2018 midterm elections, Ocasio-Cortez, 28, would be the youngest member of Congress in 2019, according to CNN.

As of November 2016, only 5 members of the House of Representatives were millennials (ages 25 to 35), according to Bloomberg, despite making up the United States’ largest voting block.

That number could rise. Earlier this month, Roll Call reported that nearly 20 millennials won races in primaries across the country, with more up for election. 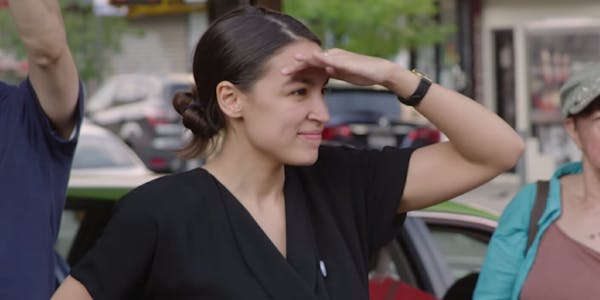 5) Ocasio-Cortez has ties to some Democrats you might recognize

Ocasio-Cortez worked as a community organized in in the Bronx before running for office, but she also has ties to several high-profile names in the Democratic party.

While attending Boston University she worked for former Sen. Ted Kennedy where she worked on foreign affairs and immigration case work, according to her website.

More recently, she worked as an organizer for Sanders’ 2016 presidential bid.

After the upset victory on Tuesday night, Sanders praised his former organizer.

“She took on the entire local Democratic establishment in her district and won a very strong victory. She demonstrated once again what progressive grassroots politics can do,” Sanders said in a statement on Twitter.