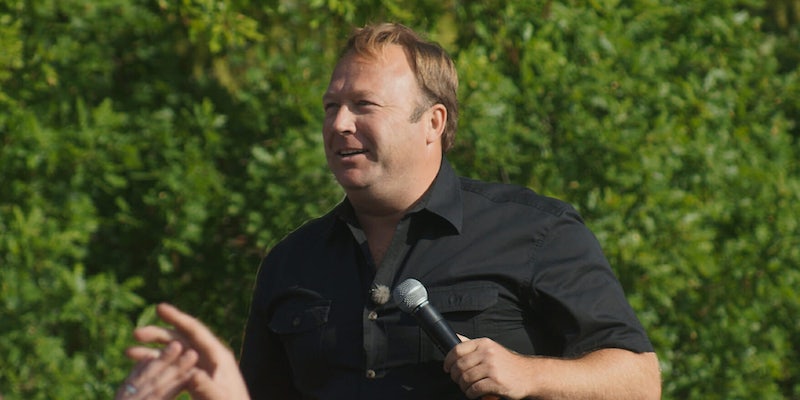 Jones and his website were banned from other social media sites last year.

Facebook removed more than 20 pages that are associated with Alex Jones and InfoWars on Tuesday, according to a new report.

CNN reported the pages connected to Jones and InfoWars were part of a larger plan to take down pages that violate its recidivism policy.

One of the pages removed from Facebook was NewsWars, according to the report, and ultimately 22 pages associated with Jones and his website were removed. The prevalence of NewWars on Facebook and YouTube were revealed by a Daily Dot investigation in January. YouTube removed NewsWars after the report.

Last month the social media giant announced it would update its recidivism policy to “better prevent those who have had Pages removed for violating our Community Standards from using duplicate Pages to continue the same activity.”

The beefed up campaign was because it saw people who had been banned from Facebook using pages that already existed to get back on the platform.

Last year, a large number of social media and tech platforms removed Jones and his website for violating terms of service.