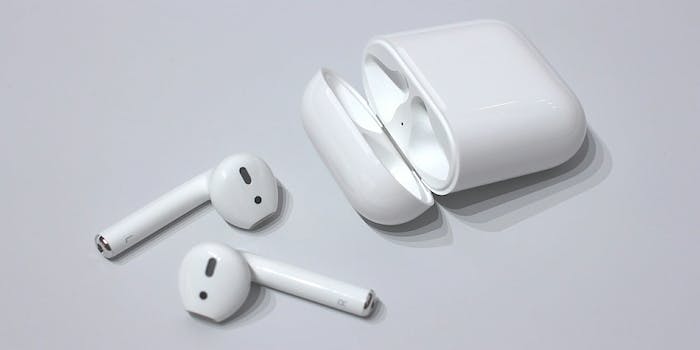 Over 200 scientists say AirPods could cause cancer

More than 200 scientists are warning that wireless headphones such as Apple AirPods could increase an individual’s risk for cancer.

In a petition to the United Nations (UN) and World Health Organization (WHO), the researchers, who hail from 42 different countries, point to Bluetooth technology as cause for concern.

Bluetooth, which allows data to be transferred wirelessly through the use of electromagnetic frequency (EMF) radio waves, may be especially dangerous when placed close to one’s head.

Jerry Phillips, a professor of biochemistry at the University of Colorado at Colorado Springs, tells Medium that AirPods “placement in the ear canal exposes tissues in the head to relatively high levels of radio-frequency radiation.”

Aside from cancer, the scientists add, EMF over time could also potentially cause neurological disorders and DNA damage as well.

“Based upon peer-reviewed, published research, we have serious concerns regarding the ubiquitous and increasing exposure to EMF generated by electric and wireless devices,” the petition states. “Numerous recent scientific publications have shown that EMF affects living organisms at levels well below most international and national guidelines.”

The petition also notes the recent determination from the International Agency for Research on Cancer that EMF may be “carcinogenic” to humans.

The scientists have called on the WHO to both adopt stricter guidelines and regulatory standards regarding EMF.

“The various agencies setting safety standards have failed to impose sufficient guidelines to protect the general public, particularly children who are more vulnerable to the effects of EMF,” the petition adds. “By not taking action, the WHO is failing to fulfill its role as the preeminent international public health agency.”

While Apple has not responded to the scientists’ latest concerns, the company in 2016 defended its practices when the AirPods were first released.