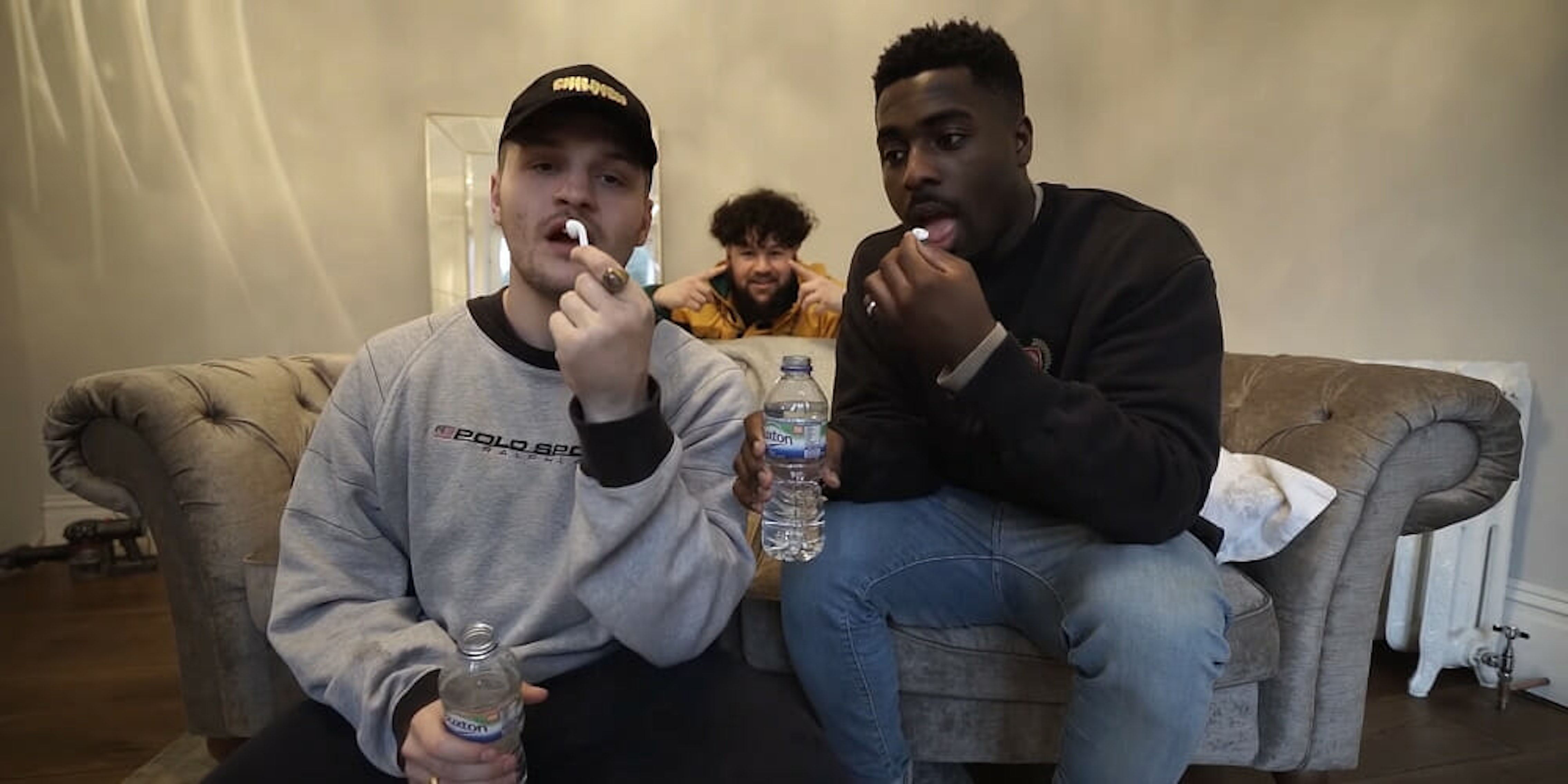 Dudes swallow AirPods in YouTube challenge video no one asked for

And you thought Tide Pods were bad.

Around this time last year, the internet reached peak meme stupidity as hordes of teens, YouTubers, and even celebrities ate (or pretended to eat) Tide Pods. What started as a joke about how the detergent capsules looked like candy or fruit snacks quickly transcended irony and started putting people in hospitals. Now, two friends in the U.K. have taken another viral sensation—AirPods—and ingested them whole.

At least it appears that the YouTubers are swallowing AirPods in a video uploaded Tuesday that’s on track to pass 1 million views. Other videos on their channel, TGFbro, feature similarly elaborate and potentially dangerous stunts, like supergluing their clothes on or burying themselves in expanding foam.

After an obligatory “please do not try this” message flashes at the beginning, Jay Swingler and Romell Henry liveblog their journey to purchase the tasty little electronics destined for their stomachs.

They joke around for a bit (and reveal a hint of trepidation), and then it’s time for the moment most viewers are watching for. In what appears to be unedited footage, the two gulp down each AirPod one at a time with swigs of water. They pause for a wave check break in between, of course.

“I don’t feel good … because I know there’s a lithium battery inside me,” Swingler says with a laugh. And yes, they did try to see if a Bluetooth connection could still get through. A third friend in the video swears he can hear music playing through Swingler’s stomach, but if so, the audio doesn’t catch it.

Reddit had a field day after a screenshot from the video was shared on the Dank Memes subreddit. It’s racked up nearly 6,000 upvotes in less than half a day.

One user commented, “Do you think God stays in Heaven because he’s afraid of what he created?”

As for the AirPods, both Henry and Swingler have been tweeting about the devices’ journey through the human digestive system. It’s going about as well as you’d expect.

My bowel movements are in free flow it’s crazy in my body.