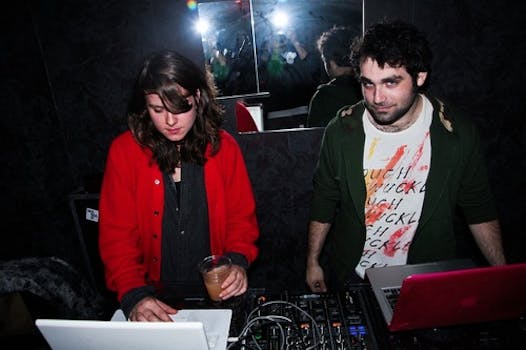 These folks want to help you discover great music

These folks want help kickstarting their new site to help you discover the best independent music around.

Instead, the two Brooklyn residents started building Ad Hoc, a music discovery site and quarterly Zine that will repurpose the most successful components of Altered Zones into a contributing community that includes bloggers, fans and members of the bands the site plans to cover.

Last week, the two started a Kickstarter campaign to raise $33,000, which will go toward Ad Hoc site development and an editorial budget  to help pay writers during the site’s early stages while ad revenue is scarce.

Leichtung says the two intend to build the site so that visitors will be able to find much of what made Altered Zones a popular destination for underground music enthusiasts—MP3s, videos, mixes, interviews, and cultural commentary. The difference will be Ad Hoc’s focus on the community. The two have already built a team of ten bloggers from around the world to handle regular contributions, premieres and think pieces, with the rest of the Ad Hoc community coming from the music world itself.

“We have more than fifty labels involved, more than fifty artists,” Leichtung said via telephone. “We have venues all around New York that are behind us, and we’re going to throw events with them to get people excited about the site.”

It’s the wealth of artists involved that has Leichtung and Friedlander so excited. So far the two have corralled Real Estate’s Alex Bleeker, Dirty Beaches‘s Alex Hungtai, Neon Indian‘s Alan Palomo, Ty Segall‘s Emily Rose Epstein, Liturgy‘s Hunter Hunt-Hendrix, and more to contribute guest posts and tour diaries for the site. That was a feature the two employed sparingly on Altered Zones but now say will be one of the site’s strongest assets.

“It’s not just the critics who have something to say. It’s the artists, too,” Leichtung said. “The people who are creating the scene—they understand it better than the writers do. And that’s ultimately how we want to cover what’s happening in underground music. We want to document all these great things that are happening all over the world. What better way to do that than to give the microphones to the people who are a part of it?”

Even Spin Magazine senior editor and notable curmudgeon Christopher R. Weingarten put one foot into the ring, tweeting “Ex-Altered Zones eds start new Kickstarter. So much good and bad in here I don’t know whether to make fun or donate”—a sure sign that Ad Hoc’s a resource that everyone can get behind.

“We wanted to do something great that made a huge impact, but we didn’t want to talk to a venture capitalist,” said Leichtung. “We want to be supported by the community and by the company that we keep.”