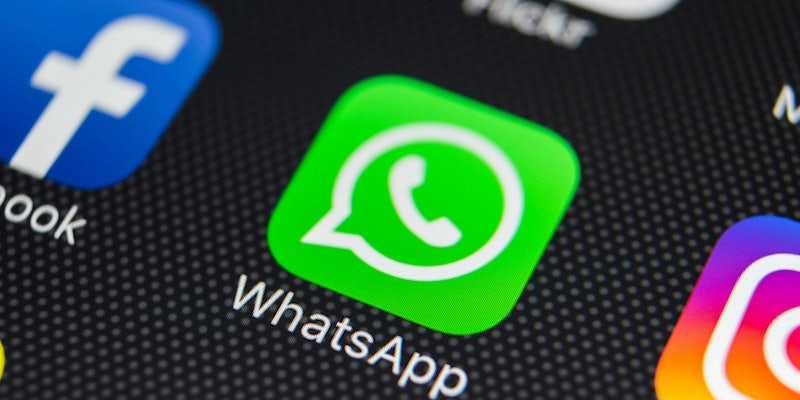 Acton became a billionaire when Facebook acquired his messaging app.

Facebook continues to face backlash for the scandal that saw political data firm Cambridge Analytica exploit the personal information of 50 million users. Now the co-founder of WhatsApp, the immensely popular social platform Facebook purchased in 2014, is urging people to delete the social network.

Brian Acton, who left WhatsApp last year to start his own foundation, posted a succinct call-to-action on Tuesday to his 27,000 Twitter followers: “It is time. #deletefacebook.” Acton co-founded WhatsApp alongside Jan Koum and became a billionaire when Mark Zuckerberg bought his company for $19 billion in 2014. He remained with WhatsApp for several years after the acquisition and is now worth $5.7 billion.

Facebook turned me down. It was a great opportunity to connect with some fantastic people. Looking forward to life's next adventure.

Interestingly, Acton applied for a job at Facebook in 2009, the year he created WhatsApp, but was turned down. He posted about the rejection on Twitter.

There’s reason to believe Acton also wants people to distance themselves from his own creation. He has supported online privacy since the early days of WhatsApp and even injected $50 million into competitor Signal, an encrypted messaging app. His new non-profit Signal Foundation is “focused at the intersection of nonprofit, technology and communications.” WhatsApp is the third-largest social network with 1.3 billion users, behind only its parent company and Google-owned YouTube, according to Statista.

Acton isn’t the only one to hit out at Facebook as it struggles to make sense of the Cambridge Analytica data saga and earn back the trust of its users. The #deletefacebook movement started trending on Monday and has only picked up in the days following as new information surfaced. Lawmakers are now demanding that Zuckerberg and COO Sheryl Sandberg testify in front of Congress to explain how a firm working for Trump illegally obtained information about millions of Facebook users.

Facebook’s stock has plummeted since whistleblower Christopher Wylie went public with the data breach. The company lost nearly $24 million dollars after seeing a 4 percent dip in premarket trading Monday morning. All eyes are now on Zuckerberg, who has remained silent amid the mayhem.