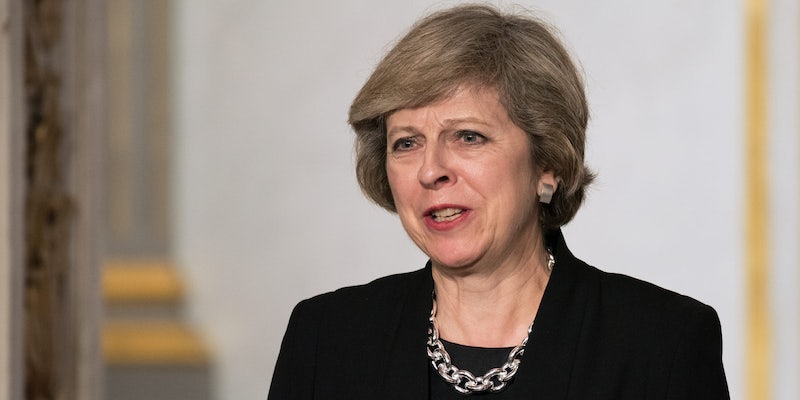 The anonymous user refused to say how they knew.

When Downing Street issued a release to the media on Monday that the British Prime Minister Theresa May would be making an unexpected statement that morning, no one knew that she was planning a snap general election—except users of online forum 4chan, that is.

At 7:37am GMT, hours before any official announcement, one anonymous user of the /pol/ board leaked that an election would be called for June.

“Strap yourselves in lads,” the user continued in the thread, before refusing to disclose how they knew.

As confused Twitter users and journalists were musing over what the prime minister wanted to say on Monday morning, some /pol/ users were eagerly waiting for the news to break.

4chan’s /pol/, or ‘Politically Incorrect’ community, is the site’s political and current events discussion board. Although one of the most popular boards on the website, /pol/ has a reputation for endorsing extreme and fringe ideas, partly due to the anonymity of its users. Some users have, in the past, organized mischievous and politically motivated trolling campaigns from the board. During the 2016 presidential election, users overwhelmingly favored the then-Republican nominee Donald Trump.

That very anonymity, however, could absolutely provide cover for whistleblowers and leakers.

In the end, the 4chan post turned out to be accurate with a general election now set to happen on June, 8. May had been publicly opposed to the idea before Monday’s announcement.

It seems that, following the U.K.’s 2016 “Brexit” referendum, the prime minister is hoping to strengthen her party’s mandate in Westminster and, in doing so, her ability to negotiate Britain’s departure from the European Union without any real political resistance.

Still, if this 4chan user actually turns out to be leaking from within Downing Street then perhaps May has more than the opposition parties to worry about.