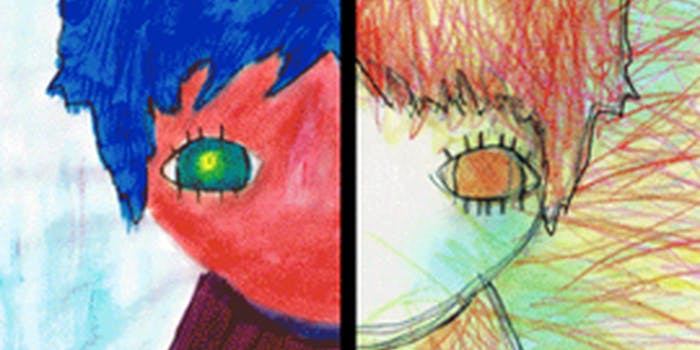 The “tiny stories” and grand vision of wirrow

The acclaimed DIY artist and author opens up about his influences, his collaborations with Joseph Gordon-Levitt's HitRECcord, and creating in the digital age.

Acclaimed DIY artist wirrow works with a simple mantra: “everything is on fire all the time.”

It refers not just not just to the fire of imagination but to many of the core principles of art movements in the Internet generation: collaboration, free exchange, collective ownership, social change through artistic change, and putting your own individual stamp on everything you touch. His approach to and presentation of his work is completely savvy and instinctively, fiercely collectivist, born of a devotion to and love for remix culture. 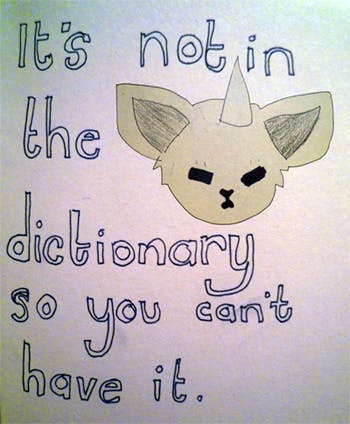 Lately, the underground artist, whose moniker was adapted from Grandaddy’s “Underneath the Weeping Willow,” has had trouble staying underground, but that hasn’t stopped him from trying. Despite having two best-selling story collections on his hands and a loyal Internet following, very little is known about wirrow, who meandered his way into a successful career by leaving drawings and “tiny stories” on post-it notes all over London for people to find, an act he said was inspired in part by the “blips” of Radiohead’s digital makeover, Kid A.

As an artist/animator/writer/filmmaker/musician, wirrow has had unprecedented mainstream success with the publication of two volumes of The Tiny Book of Tiny Stories, both of which he collaborated on with Joseph Gordon-Levitt, whom he met through the actor’s collaborative and artistic social network  HitRECord. Harnessing the power of HitRECord’s community, Tiny Stories was the synthesis of wirrow’s original idea and Gordon Levitt’s commitment to collective storytelling, a belief that forms a core part of wirrow’s art and doubtlessly helped draw the two together.

Wirrow’s distinctive art style blends a whimsical, childlike style with a focus on capturing poignant moments and connecting with the world around us. Though at first glance, the art may seem like little more than simple doodling, that’s part of the point: You don’t tell tiny stories with epic artwork—and to wirrow, storytelling’s the goal.

“Being truly independent means you create your own world,” wirrow states on his montage-cum-manifesto, “and a new earth.” In it he also cites the quote by poet Muriel Rukeyser that became the foundation of the Tiny Stories project: “The universe is made of stories, not of atoms.” For wirrow, getting people to share their tiny stories with him and each other, online and off, is a fundamental, cosmic process.

The second volume of Tiny Stories was an instant bestseller upon its launch last year; a third collection is coming this year. The Daily Dot spoke to willow about DIY culture, artistic predecessors like William Blake, and telling stories in the age of the Internet. His responses were not edited.

Daily Dot: You’ve said reading inspires you to draw. What have you been reading lately?

right now im reading a bunch of stuff about how Sleep is personified in various myths in ancient and modern literature. reading myths inspires me a lot, and i’m specifically working on a story about sleep right now.

DD: While I get the sense that you try to take in everything, I definitely feel a connection to specific artists like William Blake and Yayoi Kusama in your work. How much of the influence you let into your art is intentional and how much is subconscious?

i love kusama’s light installations, being surrounded by little flickering lights is like a drug to me.. and i was lucky enough to experience one of her installations. as for blake.. he is my soulmate and his words and drawings are in my bones. good call..

a lot of artists influence my work but yeah i think it is all subconscious.. i don’t really look through peoples artwork and think ‘oh that gives me an idea’.. i mostly just do that with writing. but it’s all there in my collage of memories and experiences and i’m sure im constantly picking at it when i draw, whether i like it or not. 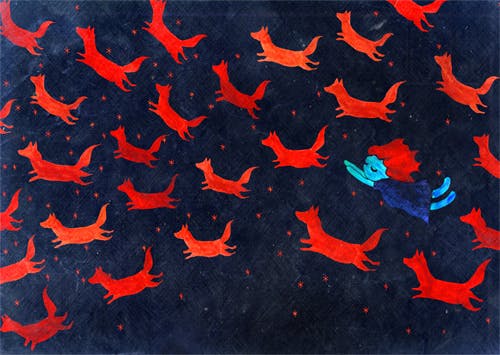 it just looks like the box of a regular private everyday life i guess.

DD: Is it too simplistic to say one of those boxes is “the Internet” and one is “IRL?”

it’s not just on the internet.. i jump into wirrow mode usually in the early hours of the morning where i feel like a different person to my everyday self; i read different things, act differently and im in a completely different mental and emotional mode.

DD: Outside of HitRECord, do you consider yourself part of a larger artistic community or movement?

im actually quite a loner in my process so im thankful to hitrecord for forcing me out of my comfort zone, it has really paid dividends creatively. 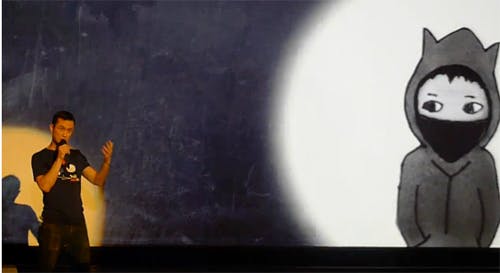 DD: If you were a tarot card, which card would you be?

the hanged man! i love looking at things from upside down it’s one of my favourite passtimes

DD: Has your art and your message evolved and grown because of the medium of the internet?

yes, i’m very much a ‘nesting in the dark planet of my bedroom’ kinda guy and i was a bit lost back when there was nowhere to really showcase the work i was doing.. i felt like i didnt know what the point of doing it was because no one was listening. my friends were all setting up their own exhibitions and stuff and i’ve just never been able to take my stuff out into the real world much. i’ve had a few minor exhibits in london but i honestly just don’t like having to present myself when it’s to do with my art. so when websites like youtube and myspace and now hitrecord started happening.. it was just perfect for me. i can spend my time making stuff in the early hours and then pour it all onto the net before i go to sleep. so in that way my ‘message’ has grown i guess tho i don’t really know what my message is.

DD: Some DIY artists have argued that you can’t successfully have an artistic movement online because it’s always going to be appropriated and taken out of your control. You, on the other hand, embrace collective ownership of ideas. Is there any middle ground?

yes i definitely like that very much, and i feel that way about tiny stories. it’s not an ‘artistic’ movement per se but if u look at the whole Occupy thing.. who is even aware that Adbusters had the original idea? you put an idea out there and you watch it change and grow and evolve into something huge which you have no control over anymore. there’s something really comforting about that. it’s like having a kid i guess. or creating a monster.. 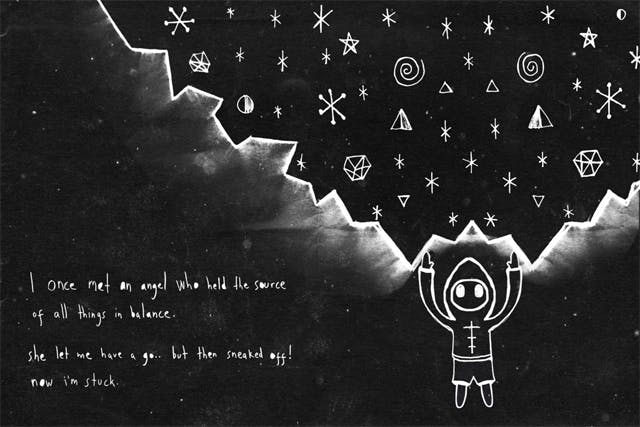 DD: Is it possible for everyone to have a true voice online or do we get lost in all the noise?

im not sure what a ‘true’ voice is but i think everyone has a unique voice and they all get lost in a sense. i prefer to think of it as getting all mixed up. ‘gallery art’ is all just a string of unique voices placed next to each other and nothing really mixes. but the internet really lends itself to remix culture as a medium. it’s all mixed up. it’s great i think! it’s fun

DD: Do you ever still leave stories around town for people to find?

i leave them in books in libraries, i stick them on walls, i leave them with the tip in restaurants,  i text them to random numbers. sometimes i even bury them. dunno why. so yes, i do. more than ever. hey do you have a tiny story? i’d love to hear it..