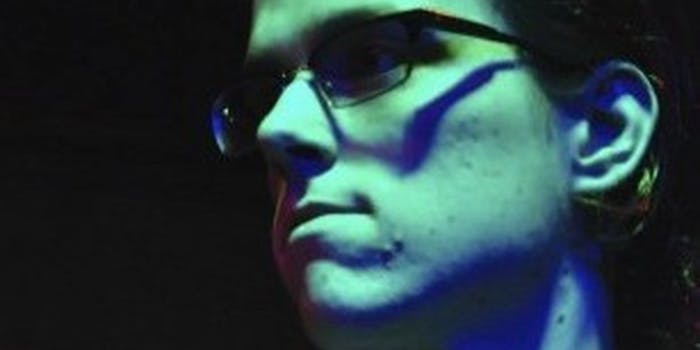 Behind the wonderful and weird soundtrack to Homestuck

Clark Powell is one of several composers that help score Homestuck, the sprawling webcomic by Andrew Hussie.

“Homestuck Anthem” plays in every fan’s head when they think of webcomic sensation Homestuck. Iterations of the eerie electronic dreamscape serve as background music for key turning points in the plot, while its midi version epitomizes the comic’s retro aesthetic.

Clark Powell, the song’s composer, didn’t create Homestuck, the latest installment in Andrew Hussie’s multimedia series, MS Paint Adventures. But he’s one handful of fan artists and musicians who help bring the sprawling webcomic to life—and it accounts for the bulk of his livelihood.

For the uninitiated, Homestuck is more of an experience than a comic. With more than 5,000 pages in less than two years, Homestuck is brimming with content—art, animation, and audio—that’s rigorously posted up to 10 times per day, and it has attracted millions of fans.

“If it weren’t for Homestuck, I would be in school or working a dead end job,” Powell told the Daily Dot. “I would have to start over. It’s my success story—I give the opportunity a lot of credit.”

A fan of Hussie’s previous webcomic, Problem Sleuth, Powell was already a member of the illustrator’s forums when Hussie put out an open call to fans looking for composers for Homestuck. The timing couldn’t have been better. Hel had recently dropped out of college, after a falling out with his cello professor and was teaching in English in China.

Powell become one of a handful of members on the comic’s Music Contribution Team. While the effort offered minimal returns at first, the fanbase for Homestuck exploded into the thousands and then millions, and readers began to clamor for a way to purchase their favorite songs from the comic.

“Hussie created a label for his company, What Pumpkin, and all of us musicians are signed with it,” said Powell, 20. “We put it on Bandcamp, and there’s a payment split, a lot like a regular record deal would have.”

The Homestuck boom came in the nick of time for Powell. He was back in the U.S. and working part-time as a restaurant host to make ends meet. He noticed that he was making more off of his Bandcamp sales than his part-time job. He ditched the job and began making music full-time.

In fact, Powell’s lucky to be able to profit from Homestuck at all.  After the comic surged in popularity, hundreds of fans asked to be on the Art and Music Contribution teams.

“[At] some point Andrew had to say, ‘No, whoever is on the team is, whoever is not is not,’ even if outsiders are better than the people on the team,” Powell said. “We had to say we were satisfied with what we had.”

That’s disappointing to fan artists like Emi Hu, who Powell said is as talented as anyone on the Art Contribution team, and it has serious monetary implications as well—since only official team members are legally allowed to take on commissioned projects. Now based in Austin, Tex., Powell relies heavily on such work.

“My commissions are my own but copyright is funny,” he said. “If you asked for a song based on a Homestuck character, I’d say, ‘I’ll write you a song that I believe is similar to his or her personality, but I’m not going to name it after the character.’”

Powell’s method of making a living betrays a new era in webcomics, one where online fans are rewarded for actively shaping and contributing to the overall project.  While he’s grateful to have seized the opportunity, he also doesn’t see it as a realistic long-term income. He’s taken pains to expand to unrelated commissions and even unrelated projects. In fact, his most recent solo album, the spectral and Homestuck-inspired Symphony Impossible to Play, came out in August.

But for now, life is good on Homestuck.

“Outsiders should probably care about what we’re doing,” he said. “It’s a little fringe and it’s definitely new media—a new experimental thing that could be indicative of the future. Nothing like this has really been done before.”