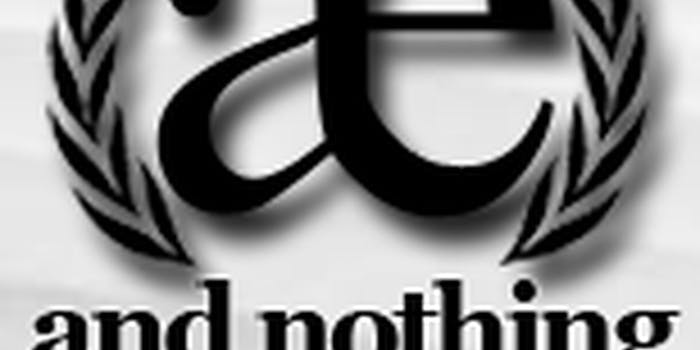 A satirical website's community goes through trials and tribulations.

For most of America, “ED” might suggest those late-night TV ads targeted at those with failing powers of manhood. But when members of a devoted Internet clique type “ED”, they mean Encyclopedia Dramatica, a radically profane and disturbing nightmare vision of Wikipedia.

Encyclopedia Dramatica limits itself to cataloging Internet memes and culture created and enjoyed primarily by members of aggressively obnoxious message boards like 4chan. But that gave the wiki-site plenty of material to work with—until three months ago, when its creator Sherrod DeGrippo took it offline and replaced it with what some ED fans consider a sanitized abomination.

“Great justice and lulz have been restored now that ED is up,” typed moderator MeepSheep in an IRC channel on July 22, the night of the site’s relaunch.

Yes, that’s right. Encyclopedia Dramatica is back—after a three-month quest that saw supporters lodge claims of cyberstalking, get turned away by Internet service providers, and even, in one case, get arrested.

In April, DeGrippo redirected Encyclopedia Dramatica to a new site she created, OhInternet.com.

The ED community, however, was not ready to move on.

Within days of ED’s closing, members got to work pulling images and articles from pages cached by Google’s search engine. And they registered the URL encyclopediadramatica.ch—a Swiss domain that happened to be available.

In an Internet Relay Chat session with the Daily Dot, new site owner Garrett E. Moore said another volunteer wrote a script to upload the cached pages: “We were fairly complete, fairly soon after the original died.”

So what was the months-long holdup?

First, Ryan Cleary, one of the original members of the ED restoration crew, was detained by Scotland Yard in conjunction with the FBI for connections to LulzSec, the hacker collective which released police and other government files online.

According to MeepSheep, a moderator, the site suffered a brief outage on the day Cleary was arrested. That was only a minor bump in the road, as other ED members stepped in to fill Cleary’s void.

The real holdup, according to the ED crew, was an individual named Daniel Brandt.

“We are blacklisted from most major hosts,” wrote Moore, “because they know how shitty it is to host us.”

Moore claimed that Brandt organized an “army of pissed off people” to file  “mass amounts of abuse reports and false DMCAs,” or copyright complaints under the Digital Millennium Copyright Act. He also accused Brandt of operating a “stalker blog” under the name Joseph Evers.

According to Moore, DeGrippo took ED down “due to threats and harassment from Daniel Brandt.” Moore said Brandt had called his fiancée at her work and attempted to get their home address. He expressed fears that Brandt will escalate to “death threats” but said he hasn’t filed a police report, because doing so would require disclosing his home address, which he believes will end up posted on the Evers blog.

According to Brandt, DeGrippo herself admitted that she had grown disenchanted with the community her version of Encyclopedia Dramatica had attracted, pointing to a log of an IRC chat he posted.

Brandt is known as a voluble online critic, the founder of Google-Watch.org and Wikipedia-Watch.org. He protested the very existence of his own Wikipedia page in 2005, to which Wikipeda cofounder Jimmy Wales wrote in Editor & Publisher:

“I don’t regard [Brandt] as a valid source about anything at all, based on my interactions with him. I tried very hard to help him, and he misrepresented nearly everything about our conversation in his very strange rant. He considers the very existence of a Wikipedia article about him to be a privacy violation, despite being a public person. I find it hard to take him very seriously at all. He misrepresents everything about our procedures, claiming that we have a ‘secret police’ and so on.”

Moore said he suspects Brandt may be the reason that Encyclopedia Dramatica’s PayPal donations account, through which it was raising money to buy hardware, was suspended.

Brian Zaiger, founding moderator of ED, provided a screenshot which apparently displayed former ED staff members’ personal information posted on the Joseph Evers blog. Zaiger also shared Moore’s view that Brandt was “one of the contributing factors to Sherrod shutting down and changing over to OhInternet.”

When asked about the alleged harassment of Moore’s fiancée, Brandt suggested it was retaliation: “I didn’t start the harassment of Garrett Moore’s fiancee. On May 24, I noticed that Garrett posted contact information for me on the IRC channel. Minutes later I started receiving new spam email at the email address he posted.”

The Daily Dot emailed the anonymous and unknown owner of the Joseph Evers blog. In a response, he or she said that the site was operated by a watchdog group  focusing “on the misdeeds of the people associated with the old and new Encyclopedia Dramatica. I have exchanged emails with Brandt. I’ve also exchanged emails with other people who feel they have been abused by ED and I’ve given them advice on how to deal with it.”

Moore insists the ED community are “good people”, just misunderstood, and explains the satirical and crass ED is there to make people laugh:

“People take themselves too seriously, they can’t laugh at anything. We make fun of everything. I make fun of skinny white computer nerds, but I am one. I mean c’mon, read the Kentucky article and tell me that isn’t funny. Some of the content is really comedy gold.”

As for “abusive content”, Moore states he removes it when he sees it: “I’m not going to leave a 14 year old girl’s address up on a page cause some dipshit got mad at her and made an article. But if you dress up like a fox and wear diapers and then take pictures of it? That’s fair game, sir.”

Brandt has been a frequent satirical target of both the old and new Encyclopedia Dramatica. But for now, his article on the site has been deleted due to a complaint, according to a posting by Zaiger.