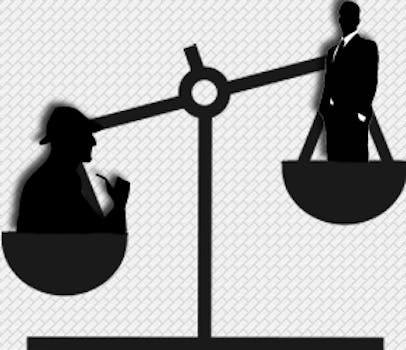 Two panels at SXSW focus on the ways creators can manage and take advantage of fans, but fans view the relationship as a collaboration, not a battle.

Is fan culture entitled or empowered or both at once? That’s the question at the heart of two South by Southwest panels that examine the tense dynamic between fans and creators—but the answers may differ, depending on who’s talking.

The line that separates fans from the creators of their stories is growing ever more thin; historically, fans have called it the “fourth wall,” a firm line that must not be crossed because interactions across it make everyone uncomfortable. But as the Internet increasingly brings everyone together, as fans grow up to be creators and creators openly embrace their own status as fans, it’s harder to see boundaries between the two groups—much less to tell at what point a story stops “belonging” to the creators and starts “belonging” to fans.

More and more, creators and producers are viewing the fan relationship as their bread and butter, even as more fans are beginning to see fanwork as equal in status to the original story—even marketable, in the case of many works of Twilight fanfiction and other similar “pulled-to-publish” stories with fanfic as their origin.

Some creators are even openly encouraging their fans to publish and sell fanfiction of their work as it stands, without even the pretense of “filing off the serial numbers” by changing the names of characters or otherwise altering the world of the original story. And fandom itself is growing to be synonymous with geek culture as a whole—both of which are seeping inexorably into the mainstream.

That’s a huge reversal from where things stood even a few years ago, and not everyone is quite on board with this change. We can see this anxiety in the very language two of this week’s SXSW panels use to summarize the fan/creator relationship.

“Frenemies: Fanning the Flames of Fandom” looks to be a kind of ‘Fandom 101’ for the creator, producer, and marketer who wants to understand how to engage successfully with fandom.

“Creators vs Audience: Next Chapter in Storyteling,” a panel sponsored by deviantART, seems to take roughly the same stance.  However, the introductory angle that both panels take seem to pit fans and creators against one another, rather than as potential partners in a relationship built around shared love for a story.

Here’s the panel description for “Frenemies”:

Storytellers! Underestimate the power of fandom at your peril. If a storyteller has done his or her job right, they have created a rich story world complete with cannons [sic], tropes and multiple layers of mythology- a world that is ripe for hijacking and take over by the fans. From alternate universes to slash fiction and additive fan created cannon the relationship between the storyteller and the fan enabled by technology has become more and more complex and can best be described as one of “frenemies”- “friend + enemy”. What represents a victory to the fan may represent a loss of control to the storyteller. So how does a storyteller manage a fan community that may know more about the story world then they do? Who owns the IP? Is fandom like nuclear power that can be used for good or evil? We’ll venture deep into the fan underworld with a panel that breathes the air and serves the Kool-Aid.

This is a polarizing description, beginning with the terminology itself. The word fans use to describe their source stories is not “cannon” but “canon,” a use derived from fans’ belief that just like literary and film canons, the source text of a novel/film/series is something to be held above the rest of the field, taken and viewed as being of a higher standard or authority than what’s produced around it, including fanwork.

But it’s tough to grasp the fundamental reverence fans have for their source materials from a description that speaks of fandom as an “underworld,” of fans “hijacking,” “taking over,” and exercising “victory” over creators. Is this fandom or a group of shadowy culture terrorists?

The panelists who “serve the Kool-Aid” for this enthusiastic cult are people who have close relationships to fandom, and it’s no coincidence that the creators are both from the realm of transmedia, a creative corner that’s fundamentally concerned with inducing and increasing fan interaction with storytelling narrative.

One of the creators of “Frenemies” is Brian Seth Hurst of the Opportunity Management Company, a company that has worked with numerous productions and television networks on interactive projects. Hurst shared with the Daily Dot via email that the panel “was born of the great conversation” that he had with Blair Witch Project producer Mike Monello, cofounder and chief creative officer of Campfire NYC, a successful transmedia company which most notably organized an interactive media campaign for Game of Thrones.

The closest person to a fan-in-the-trenches on the panel is Andrew Slack, the president of the Harry Potter Alliance. Slack, who’s been hailed for his commitment to using fandom to generate social change, is open about the many ways in which Harry Potter has changed his life for the better. And while he isn’t likely to receive a cease-and-desist notice from Warner Brothers for his fanfiction, his Imagine Better project was forced to temporarily halt its “Hunger is not a game” charity campaign until fan outcry and negotiation caused Lionsgate to allow the project to continue alongside The Hunger Games franchise last year.

Still, neither Slack nor any of the other panelists appear to be actual fan-creators, the people who actually write the slash, roleplay the alternate universes, and draw the fanart that seems to take up a great deal of the panel’s focus. This exclusion is unfortunate, but was unintentional, according to Slack, who told the Daily Dot it won’t affect the positive tone of the panel. Hurst agreed, explaining that the panel will focus on “the storytellers’ relationship to dynamic fan communities.”

And that is what we’re exploring from the storytellers’ point of view and the challenges that they face. I can assure you we’re not casting the fan [as] evil in any way. And the [panelists] will be sharing their stories of fan interaction and how other storytellers can benefit from the lessons that they have learned.

Hurst did not respond to a follow-up inquiry about whether the panel would be debunking myths about the acrimonious relationship between creators and fans described in the panel’s summary.

Should the “Frenemies” panel fail to strike a chord with fans, then deviantART’s presentation may have better luck, even though the polarization is there in the title itself: “Creators versus Audience.” Interestingly, the summary goes out of its way to explain the power of fandom without ever using the word “fandom:”

The emergence of incredibly strong and meaningful social relationships being formed by a community through a collective elaboration of meaning, especially when it’s related to the pop culture arts and creative collaboration of the arts themselves, is the little foreseen positive development for social good as the web enters a more thoughtful evolution. 50 Shades of Grey began as Twilight fan fiction — the positive responses from readers guided E.L. James [sic] rewrites into a bestselling series. [Mass Effect 3] creators faced backlash from fans when the narrative conclusion did not satisfy longtime players. As the line between production and consumption blurs into a new paradigm, with fans investing themselves in plot lines and characters, it’s increasingly important to strike a balance of maintaining a creative vision while monitoring and utilizing consumers’ guidance to ensure a project’s success.

Angelo Sortira is the cofounder of deviantART, a site that’s hugely popular with fanartists and is by far the Internet’s largest artist archive of any kind. He and his fellow panelist Ron Martino, director of the deviantART Network, are well primed to host a panel on blurring lines between fans and creators at SXSW. The website has spent years working with corporate sponsors and creators to offer fan promotions and contests, from fanart competitions for the film Beautiful Creatures to Neil Gaiman’s latest interactive storytelling project.

Martino, who has previously blogged about the evolving role of fans in storytelling, told the Daily Dot in an email that the deviantART panel would embrace fandom:

We are actually believers that there is absolutely no reason for fear and certainly no reason to ‘build a bigger fence’….the creation of Fan Art and Fan Fiction is an act of love.

He also points to deviantART’s Advisor-in-Chief Josh Wattles, who spoke at last year’s Comic-Con about the legal status of online fanart:

Fan/creator interaction has always been fraught, on both sides of the divide. But things are getting better, and interactions between fans and creators are happening with more and more frequency. Just last month, Jeff Davis, the creator and showrunner of the fandom favorite Teen Wolf, did the Tumblr equivalent of an AMA (“Ask Me Anything”)  with fans, to the delight of everyone involved. And, as anyone familiar with the career of Joss Whedon understands, the challenging work of building fan interactions can have huge long-term payoffs.

To fans in attendance, these panels, delivered from a largely corporate vantage point, might feel more accusatory than eye-opening. And it’s too bad that we aren’t hearing from creators and fans who not only embrace the blurring of the divide, but use it to tell better stories.

For example, the new young adult fantasy webseries The Path has been painstakingly developing its narrative with fan input throughout its short life, developing its fanbase as well as its storyline before a single episode has ever been produced. Homestuck’s level of fan interactivity resulted in a $2.5 million Kickstarter project. And the TV show The Cult has raised interesting questions about the nature of fan obsession, while drawing on feedback from fans in the process.

Fandom isn’t the only subculture struggling with the question of how best to engage with corporate interests. At last year’s Book Blogger Con, the corporate-sponsored Book Expo officially took over the one-day convention, to the dismay of many attendees who found that the tone consequently shifted towards using book bloggers as vehicles to promote books for publishers rather than empowering them to do their work well while strengthening their ties with publishers and authors.

The striking aspect of both SXSW panels is likewise about corporate control over fandom. “Frenemies” talks about “control” and “managing” the fan community. “Creators vs. Audience” speaks of “monitoring and utilizing” the community.  To the average fan, the second description is probably the least threatening, and the one that offers the most possibility for collaborative creation.

Ultimately, the success of these panels will depend on whether the panelists are interested in using fans to boost product value or collaborating with fans to tell even better stories.