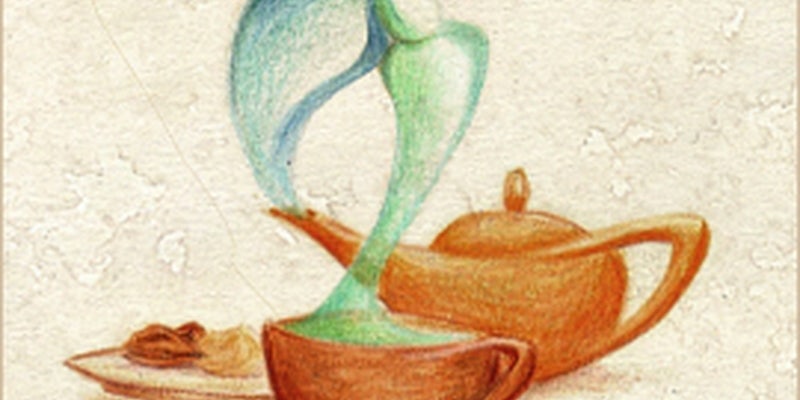 The best fanart for Neil Gaiman’s “A Calendar of Tales”

The project is a part of a promotion for the Blackberry 10 called Keep Moving, a creative campaign that promotes fan interactivity as part of the works of three major artists

Neil Gaiman has long sought a way to interact more directly with readers. Now, through a partnership with Blackberry, the renowned fantasy author is turning directly to his fans for input.

The author has revealed the concept for his latest work, A Calendar of Tales—a series of 12 short tales, aligned with the calendar and inspired by his fans. Oh, and illustrated by them, too. The project is a part of a promotion for the Blackberry 10 called Keep Moving, a creative campaign that promotes fan interactivity as part of the works of three major artists: Alicia Keys, director Robert Rodriguez, and Gaiman.

Keys’ campaign involves fan-submitted photos, Rodriguez’s is still under development, and Gaiman’s is already garnering hundreds of submissions, as fans upload their fanart for his stories to Twitter, deviantArt, and Tumblr. The stories themselves are bite-sized tidbits available for download in PDF form or as a Soundcloud playlist.

Gaiman began the project by asking his followers a simple series of questions related to the months of the year:

From there, he spun stories around the answers. Now, the fans are returning the favor and illustrating the stories.

This collaborative concept is simple, one that fandom has been doing for many years with a fic-writing challenge called Big Bangs, wherein authors write stories and artists illustrate them after the fact. It’s also similar to the Tiny Book of Tiny Stories, a popular collaborative project now in its third mass-published volume. To create Tiny Stories, members of Joseph Gordon Levitt’s creative social network HitRecord submitted stories of a few sentences to the project’s creator, the elusive artist wirrow, who then gave them fittingly whimsical illustrations.

DeviantArt is promoting the challenge with special site badges and free journal skins for a limited time, all sponsored by Blackberry. The moment is ripe for a corporate-sponsored collective project like this; Samsung’s ad about collaboration, Tim Burton’s unicorn apocalypse, aired during the Oscars. And the collaborations are already paying off in the form of beautiful artwork for all of us to enjoy.

Here are some of our favorites from the plethora of Gaiman fanart we’ve already seen: 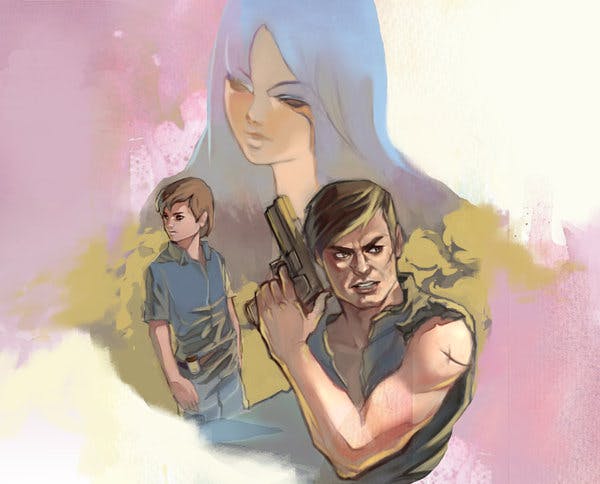 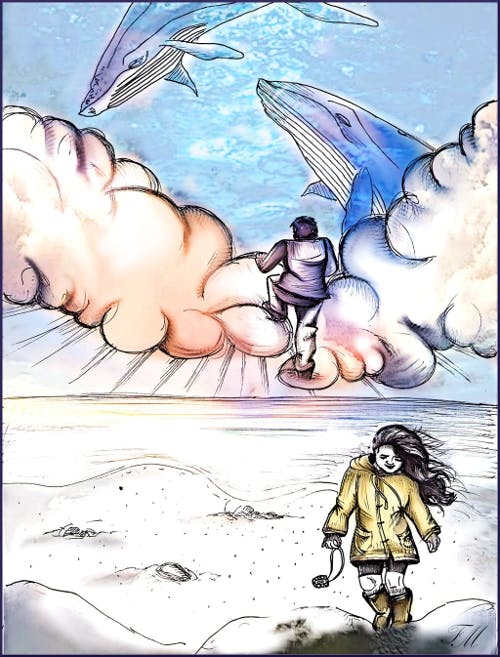 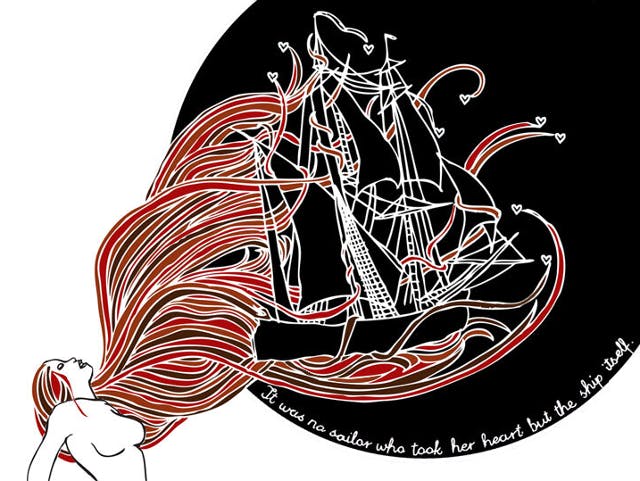 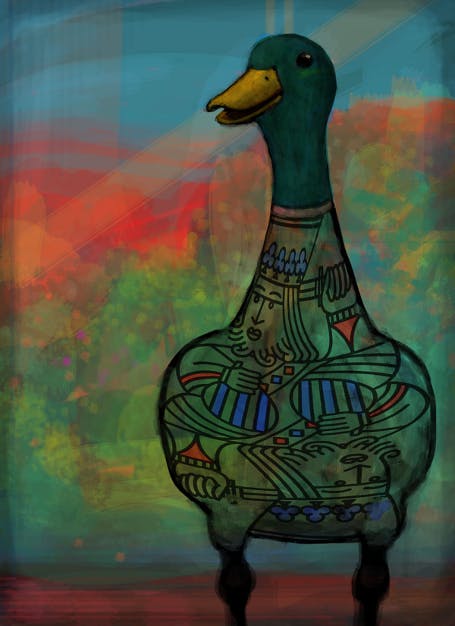 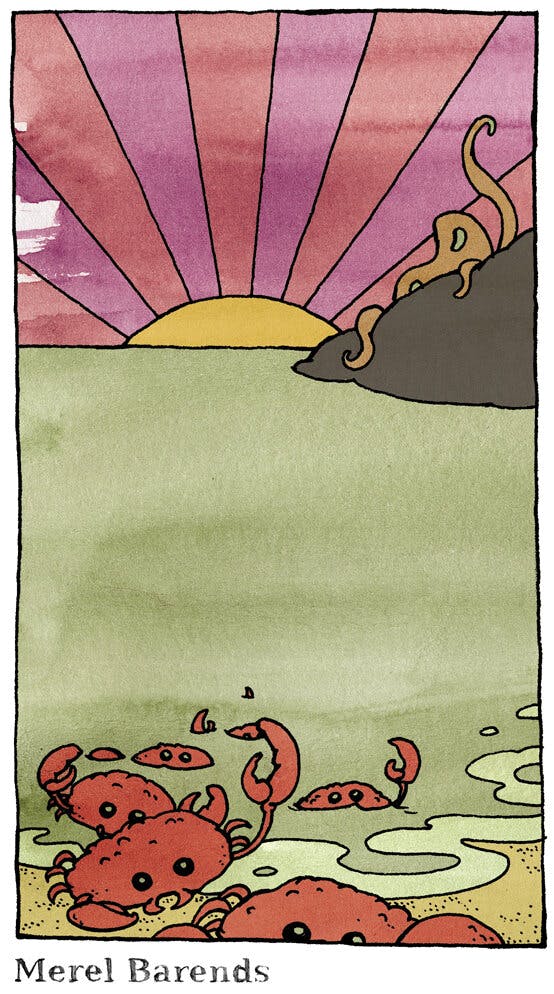 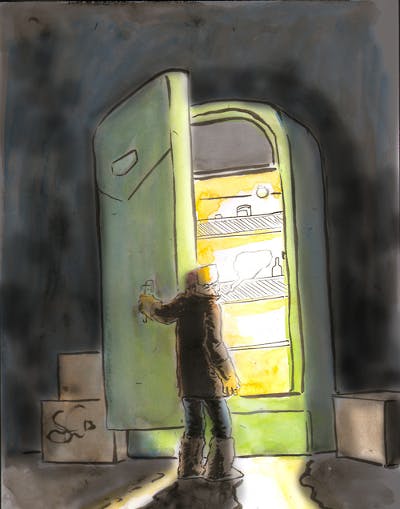 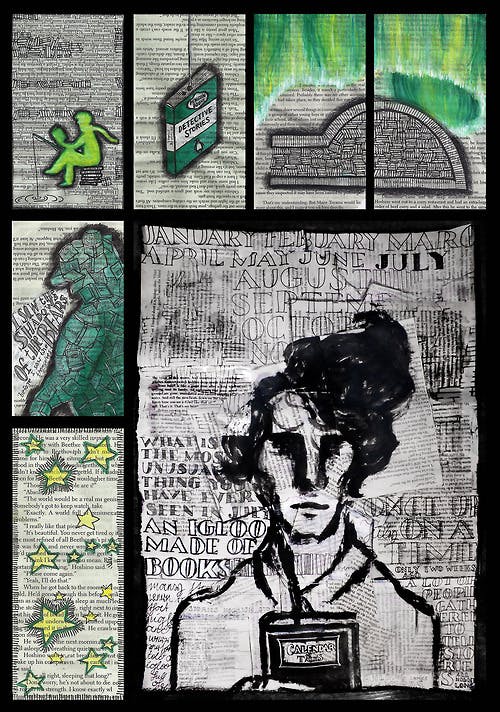 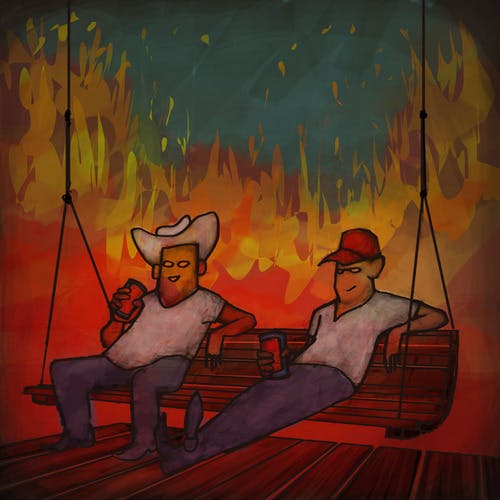 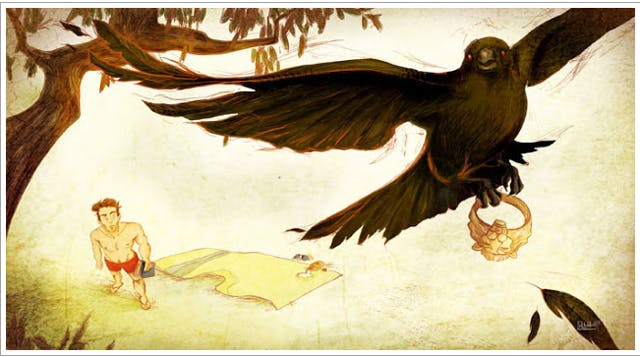 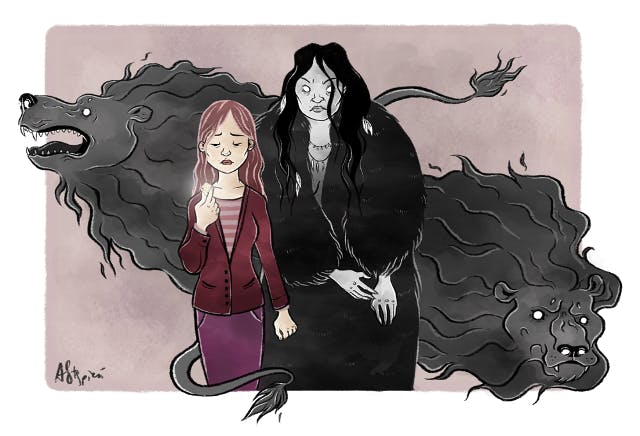 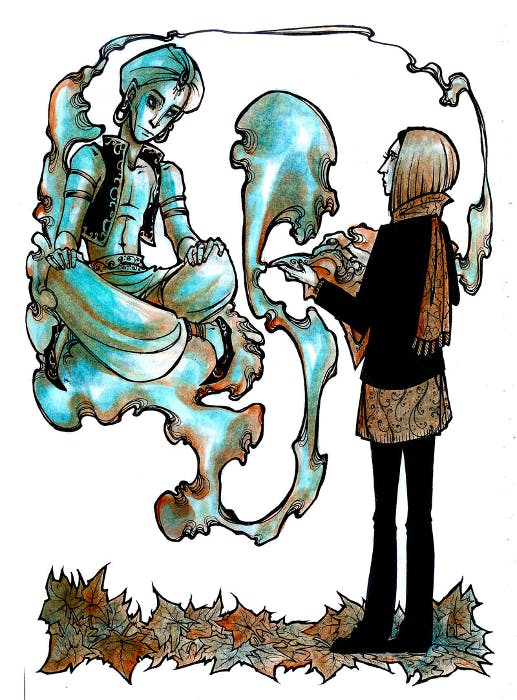 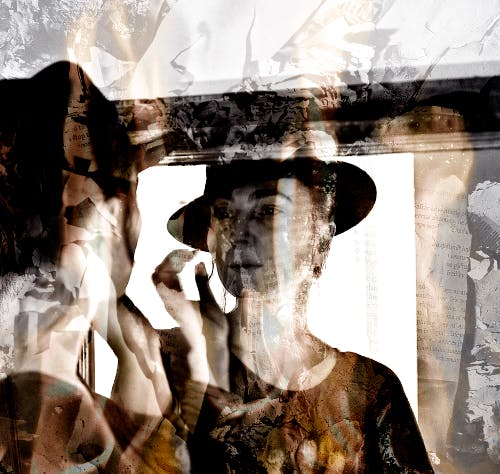 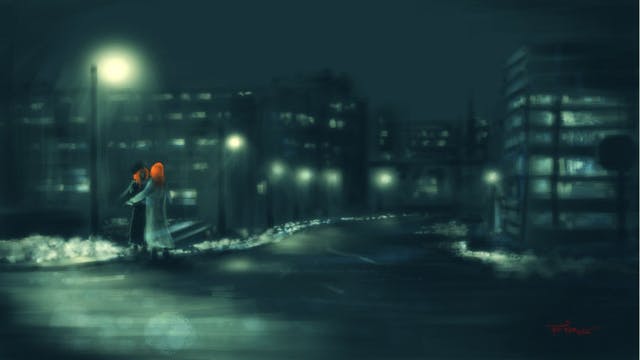