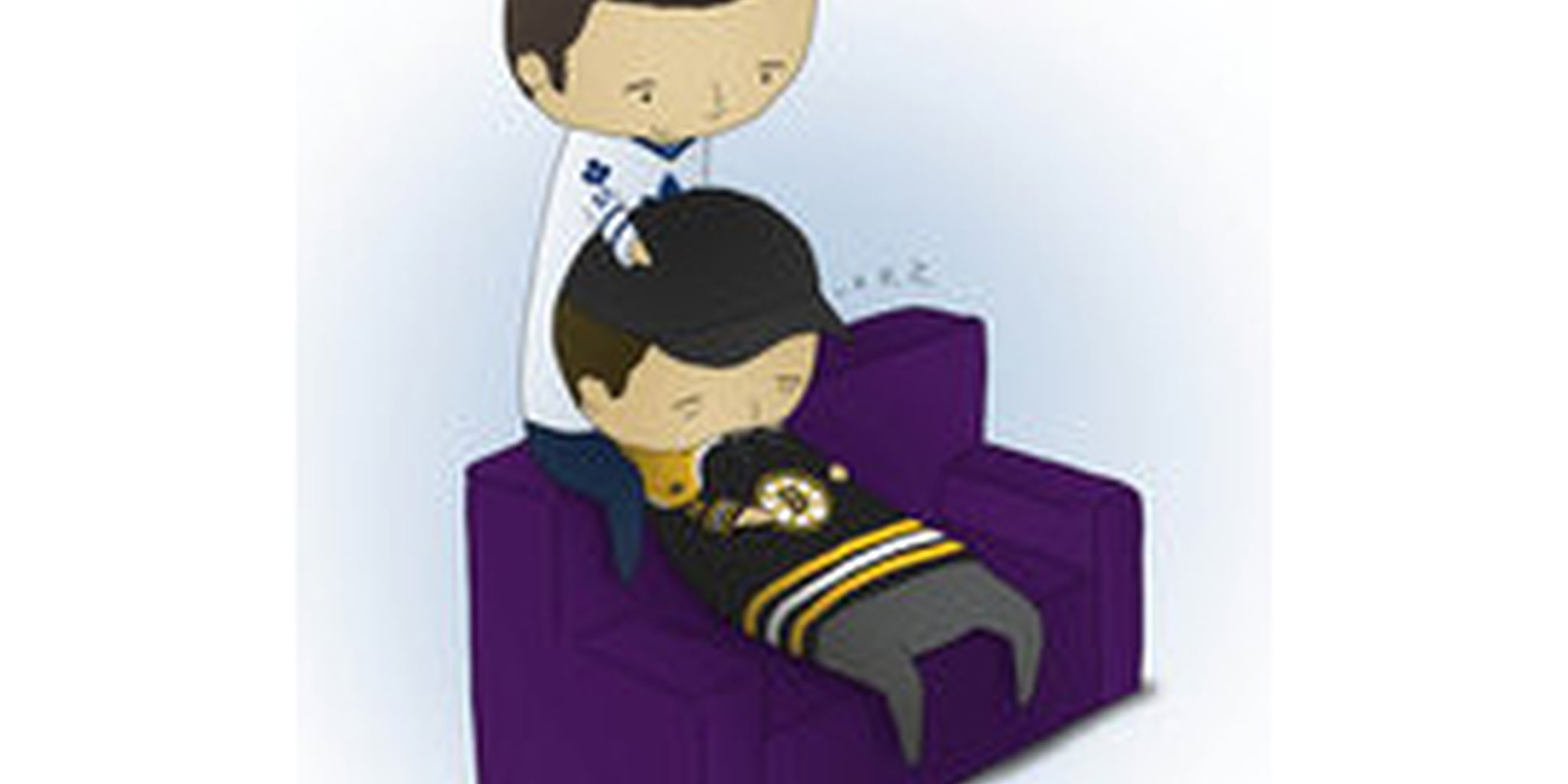 When celebrities discover fanfiction… about themselves

This week, two interesting instances of the fourth wall being broken revealed how different parts of fandom react in different ways to the prospect of onlookers.

As we all know, however, on the Internet, fandom is often just a Google search away. And as more people join fandom, find out about fandom, and push fandom inexorably closer to the mainstream, creators of works that inspire fandom and even the subjects of RPF, or Real Person Fanfiction (and other fanwork), often find out about their fandoms

This week, two interesting instances of the fourth wall being broken revealed how different parts of fandom react in different ways to the prospect of onlookers. 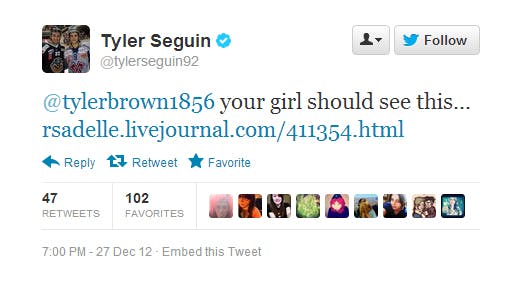 The link went to a picture-filled post, commonly referred to as picspam, celebrating the two Tylers and their perceived bromance, which contained plenty of comments from members of online hockey fandom, as well as a link to an intro guide for fans of the two and their hypothetical slash romance.

This isn’t the first time Seguin and his fellow hockey players have found slash about themselves. In July, Toronto Marlies hockey player Jesse Blacker tweeted a link to adorable fanart of himself and Segs, calling it “awesome.”

The incident came just weeks after the Daily Dot curtailed an article on hockey fandom online and off, due to the reaction from members of hockey fandom as it was being written, which ranged from fear and anger to the locking down of fanfiction that was previously publicly accessible. Despite the fact that Seguin’s mention of the picspam seemed to be all in good fun, many of the commenters deleted their comments so links to their journals would not be accessible to Seguin or any of his 200,000 followers that might click the link. Additionally, the poster, rsadelle, was asked to remove names and delete the link to his beginner’s guide, while fans continued to lock down links to their fanfiction and other fanwork on the Archive of Our Own (AO3) and elsewhere.

Meanwhile, as debate continued to rage within hockey fandom about the etiquette of “outing” fans as writers of RPF, in another corner of fandom, a creator not only found out about fanfiction of his work but went digging for more.

Acclaimed director Duncan Jones, whose 2009 film Moon garnered a cult following and won two awards from the British Academy of Film and Television Arts and a Hugo, got really excited when artist Alison Wilgus tweeted him about reading Moon fanfiction.

“Wow! I did not know about this!” responded a delighted Jones. After sharing the link with his Twitter followers, Jones followed it to an AO3 fic with “lots of robo-feels and some clone hugging.” After reading, he left a thoughtful and flattered review for the author, Wildgoosery:

“To tune into the tone of Moon this well denotes a rare sensitivity & empathy. You’ve done an extraordinary job. It made my heart ache. Poor Sam. Poor Gerty. Poor Sam… Thank you so much for helping Moon to live on beyond our small film. I hope I can widen this universe for you in future films, if for no other reason but to see what you will do with it. A fan of your speculations, Duncan Jones. Writer/director Moon”

Jones RT’d links to the entire archive of Moon fanfic on the AO3, all 20 fics. Fans who saw the exchange were delighted. “I love this guy. I will smish him with my fangirling!” commented LiveJournal user onelittlesleep as the word got around.

Jones is a director who seems interested in exploring the boundaries of his stories; he’s currently working on a different project set in the same universe. His endorsement might lead to many more fanfics in the future.

The encouragement of authors and creators, and even hockey players, may not be enough to appease fans worried about being outed for their fan activities.

But Seguin and Jones certainly aren’t the first outsiders to discover fanfiction—and it’s inevitable that they won’t be the last.