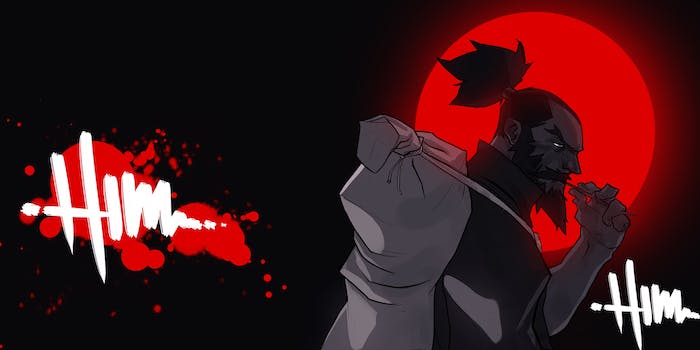 How to use DeviantArt to launch your comic-art career

Growing up on the South Side of Chicago, Chris Copeland was more likely to pick up a gun than a paintbrush.

Growing up on the South Side of Chicago, Chris Copeland was more likely to pick up a gun than a paintbrush. That’s why he credits his mother for giving him a leg up into the world of comic art.

“My mom was amazing at expanding our horizons,” Copeland told the Daily Dot. “She had this way of introducing us to different things that we were exposed to in our neighborhood. We grew up always imagining, always dreaming, playing, and filming things. We used to make Batman costumes for Cabbage Patch dolls.”

Today, Copeland, 31, still makes costumes for superheroes. Only now he’s doing it as a storyboard artist for Marvel, a job he would have never landed if it were not for DeviantArt, an online art community.

Copeland has been working on Marvel’s animated Avengers series for the past year. Using a Cintiq Wacom tablet, Copeland and a team of storyboard artists transform a 32-page script each month into detailed illustrations.

“It’s insane because you’re responsible for every little action,” Copeland said. “There’s a lot of math that goes into it. Storyboarding is really challenging and I absolutely love it.” 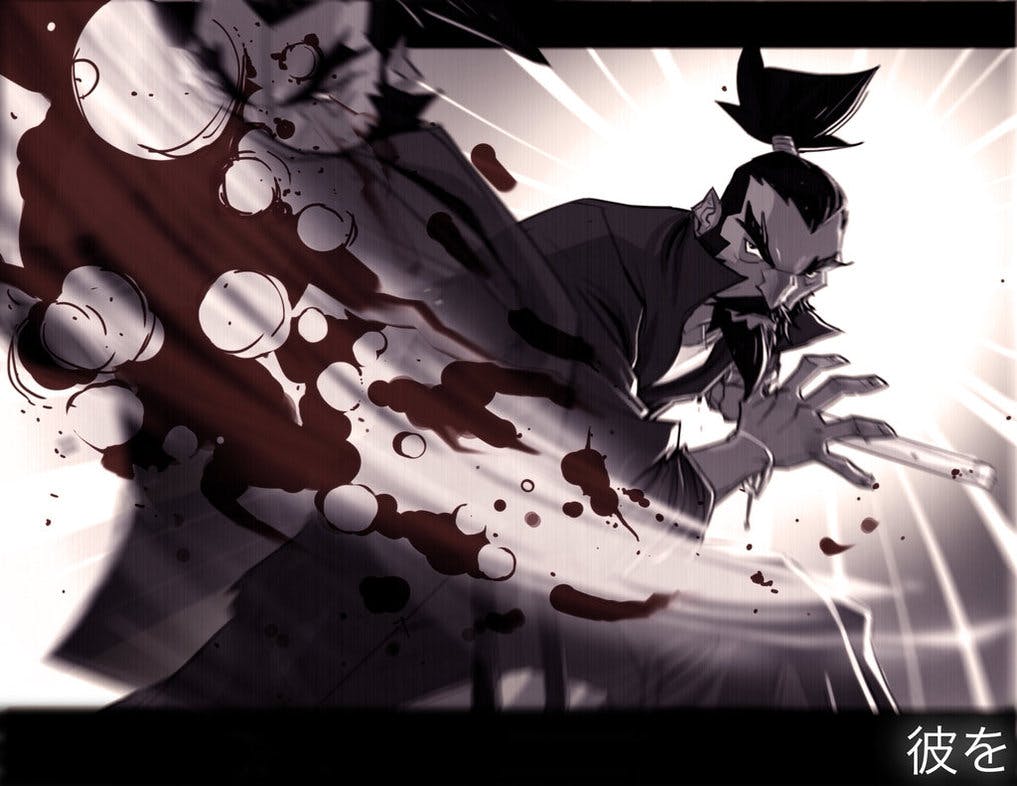 One of the other reasons why Copeland loves his work is because of the people he sees everyday. This includes his brother Justin, a fellow storyboard artist and the person who inspired him to join DeviantArt nearly 10 years ago.

Like many artists fresh out of college, Copeland struggled with figuring out how to break into the world of animation. He’s studied under painter Bruno Surdo at the Illinois Institute of Art and worked at a Chicago art gallery as a research specialist. He also has big ideas. One of them was about a comic series poking fun at The Last Samurai, a period drama about an American military officer (played by Tom Cruise) who is trained as a samurai warrior in Japan. The comic series was called HIM and was inspired by those ultra-talented secondary characters who often gets short-shrift and are “tasked with training the main character” like Cruise, Copeland added. With no job in sight, and no place to showcase his work, Copeland’s brother told him about DeviantArt, a budding art community out of Hollywood.

“He just knew that I would love it,” Copeland added. “As far as what attracted me to it, I would have to say there were a few different things, like seeing art form so many different artists, to receiving feedback from other artists that i had began following, it was just awesome to be a part of a community that felt new and driven in terms of art.”

Copeland’s comics and illustrations were well received on DeviantArt and ultimately gave him the courage to reach out to well known artists in the business. One of them was Phil Bourassa, a lead character designer for the Emmy Award–winning Warner Brothers series Young Justice. Bourassa invited Copeland to visit the Warner Brothers studios and shortly after was offered a job. 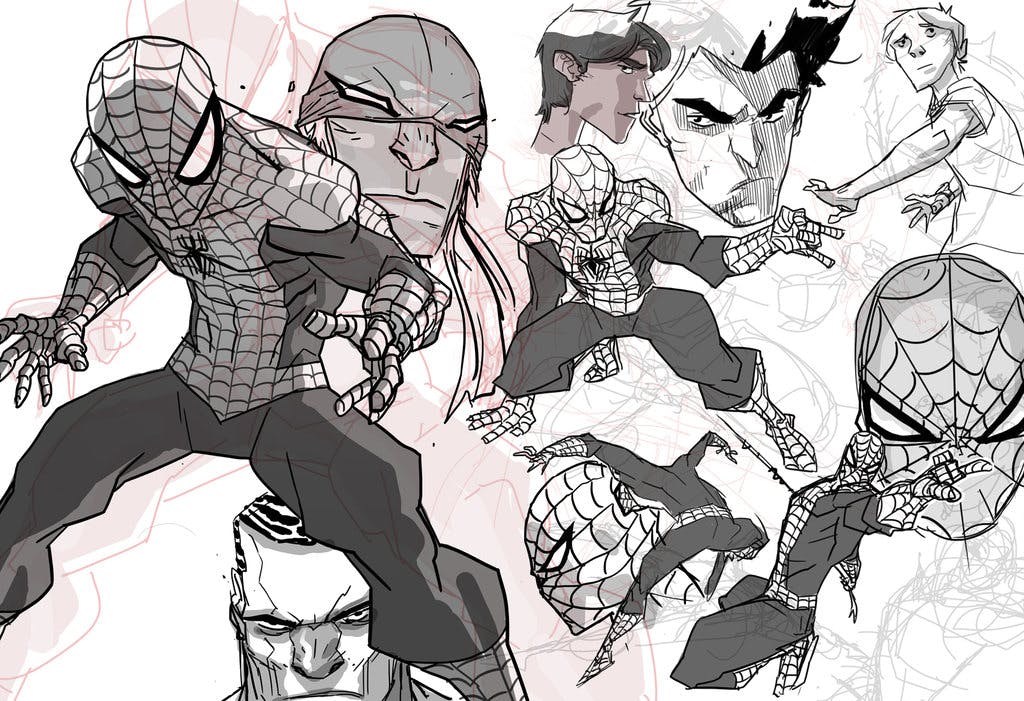 Since then, Copeland has worked for Cartoon Network, Hasbro, and Marvel Studios. He currently lives in Los Angeles with his wife and two sons (and a baby girl on the way), right down the street from his brother. To date, he knows of at least 15 other artists who have used DeviantArt to land jobs in animation.

Copeland is currently working on a Kickstarter to support his sketch book titled Comic Relief: The Art of Chris Copeland.  It’s a collection of his unseen art as well as some of his fans favorites. In it will also contain a six-to-eight page preview of his graphic novel title “HIM.”

“I think when I look back at it all, it’s weird what it has all come to,” Copeland said. “I’m so grateful for DeviantArt, I really am. I preach about the site all the time, it has really given me and so many other artists a voice, and a stage, and i have made some really amazing friends and have been able to sit front row and watch my growth as an artist, as well as so many others. I suppose looking back I can say that I’m really happy with how its all taken place so far, and I now look forward to being a part of it all.”

The following comic is from HIM and was provided exclusively to the Daily Dot. It will be featured in Comic Relief: The Art of Chris Copeland. Check out more of the Daily Dot comics here. 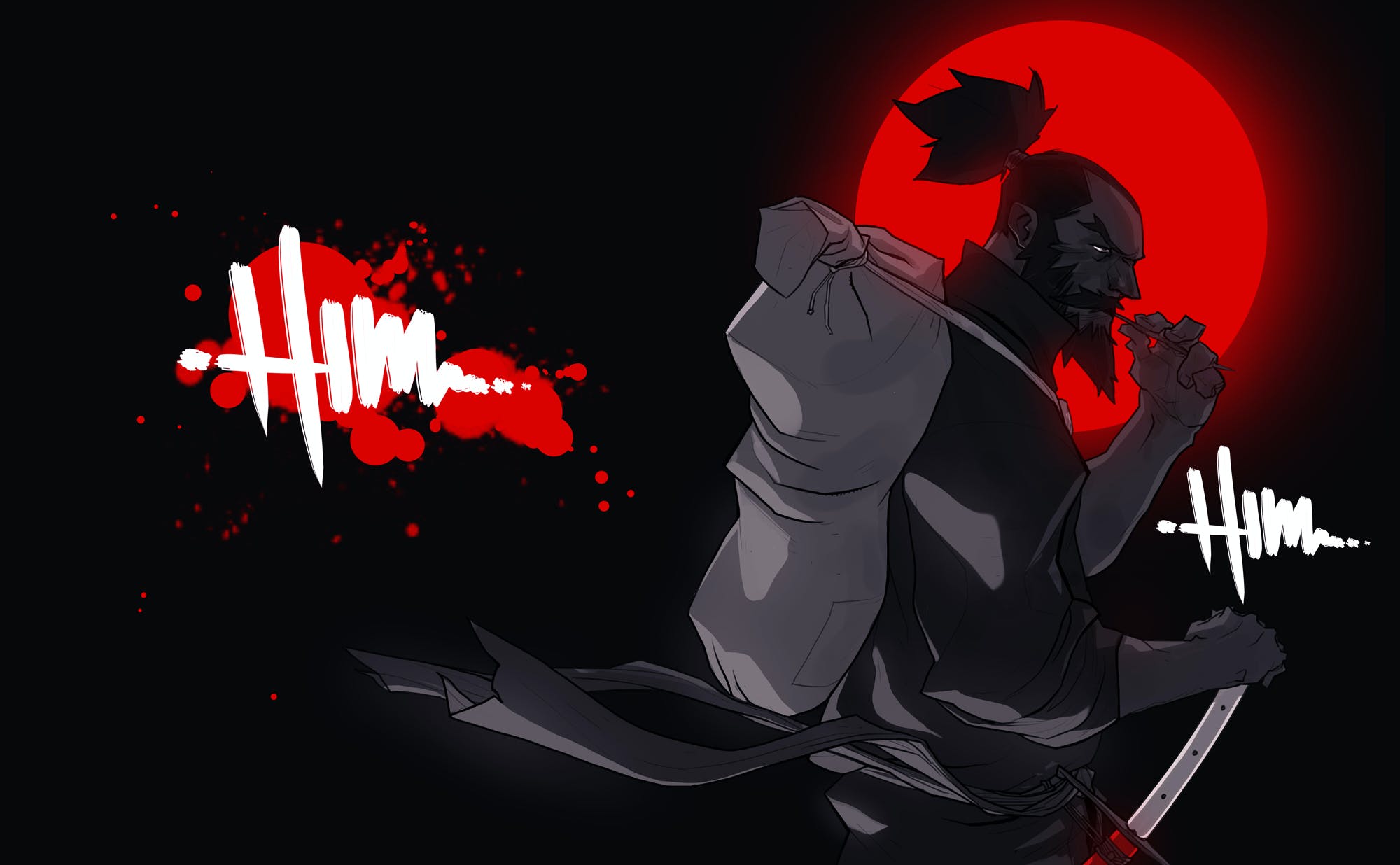