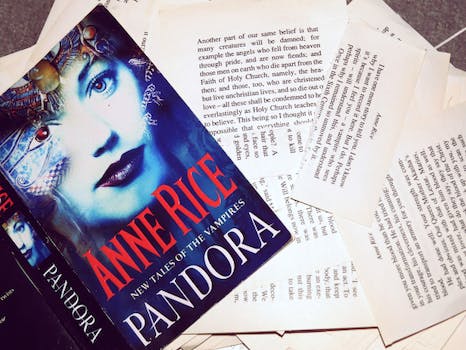 Horror queen Anne Rice still hasn't quite grasped that it's not exactly de rigueur to lash out at readers who don't like your books.

The online book blogosphere has long been preoccupied with negative reviews and awkward author interactions with readers. Somehow, fantasy/horror queen Anne Rice still hasn’t quite grasped that it’s not exactly de rigueur to lash out at readers who don’t like your books.

Rice recently unleashed hordes of fans upon the blog site of a reader who wrote a scathing review of her book, Pandora, and then used its pages to make paper crafts.

British reviewer Kayleigh Herbertson, a.k.a. Miss Articulate, bit off more than she could drink Saturday when she reviewed Rice’s novel as part of a “decopatch” project where she uses pages of novels to cover small items and furnishings—an easier, less ornate form of decoupage. Before recycling the secondhand pages of Pandora for decorative purposes, she dissected what was written on them.

Herbertson describes herself as having “an awful lot to say” on her blog , and she wasn’t bluffing. about Rice’s novel of a. Herbertson discusses the Mary Sue aspects of the titular character and the surprising lack of blood drinking for a book about a brooding vampiress and her faithful lover:

What staggered me the most about this vampire novel was the complete lack of… any vampiric behavior. Not only because Pandora isn’t a vampire for the longest time but she only seems to crave blood when she’s human… I suppose this could be natural to her once turned but why would you do that? Blood drinking is quite possibly the MOST NOTABLE ASPECT OF A VAMPIRE!….

She also laments the weak points of the love affair between Pandora and her lover Marius, which “Herbertson feels lacks substance and evokes inevitable comparisons to Twilight:

Whilst Stephanie Meyer traps us inside a character’s head, dictating to us how this character thinks and that her interactions are good and even normal, Anne Rice traps us in these falsely grand environments that she won’t stop describing in every detail… Neither [Bella nor Pandora] is a complete character, she’s a woman who is to be loved/ obsessed [over] by the leading male and little else… It’s meant to be a great romance but it falls flat… If all her books are written in such a way then I’d even go so far as to say that Anne Rice was very fortunate that the internet wasn’t widespread when she was this popular.

It’s worth noting that the Internet, with its many detractors, couldn’t stop Twilight from becoming a runaway phenomenon, and neither has it hindered Rice’s loyal fanbase. And the Internet proved to be a double-edged sword for Herbertson when Rice took to her Facebook page to draw fan attention to Herbertson’s review:

Punishing Pandora And A Surprising Opinion on Anne Rice” by Miss Articulate is a review by some one who loathed the book so much she cut it to pieces. Comments most welcome.

This isn’t the first time Rice has responded to criticism. In 2004, Amazon had to step in when she went full throttle in comments on readers who hated her latest vampire novel.

The result this time? More than 300 comments and counting of a discussion that, while it has veered into histrionics (see the hilariously shrill “I HOPE YOU GET HERPES!” first comment), has also touched on the idea of Herbertson’s book recycling as a form of critical commentary.

“Even if you dont like a book i dont get why you have to destroy it,” complained one commenter.

“The book was dying anyway,” Herbertson responded. “It would have been thrown away if I’d given it to a charity shop.” Herbertson added that she “clearly underestimated the offense people would take.”

Giving books a second life as a form of decorative paper is nothing new, but in this instance, coupling the decopatch with the negative review seems to have sent the wrong message to Rice and her fans. Photo via The Nester

While Rice did not comment directly on Herbertson’s blog, she did fan the flames on Facebook, first by quoting from Herbertson’s biography (among other things, she’s an English grad and self-proclaimed Nerdfighter)  and by thanking readers for “a spirited discussion.”

She also stated, “I hope Miss Articulate is pleased with the numbers who have discovered her blog.”

Herbertson, on the contrary, seemed overwhelmed and updated her post with a note that she is a “small-scale blogger with less than 100 followers” who “can’t believe” that “a well-known author has singled out a single post from a tiny blog for her followers to demonize.”

Others agreed, and while Rice fans were taking Herbertson to task, several readers castigated her for not taking the review in good grace. “Anne Rice,” wrote Jorge Jeremas, “did you just use your fan base to squash someone who didn’t like a book you wrote?”

Given Rice’s previous forays into reader interactions, and her 2004 statement that “novel writing is … not a collaborative art,” it seems apparent that she took Herbertson’s literal ripping personally. But to many commenters, perhaps the issue was simply one of respect for books in general. As one commenter put it:

“Dislike of a book does not mean that one should rip it to shreds (figuratively or literally) on the internet.”

Photo via Articulate and Intricate