Forget Disney Star Wars. The Avengers' New Groove was mashing up Disney with Disney subsidiaries (in this case, Marvel) before it was cool.

But don’t get too cocky, Disney Wars fans. When it comes to mashups of franchises purchased by the Mouse, Marvel fans are way ahead of you. For months, they’ve been steadily building the most delightful crossover we’ve seen yet—The Avengers’ New Groove.

It started way back in April, when Tumblr user rdjsaidwhat posted a GIF of Avengers star Robert Downey, Jr. pining for life as a llama. It doesn’t really matter that RDJ never actually said that; considering he’s compared himself to a lizard before, he might as well have.

“Its funny because if Tony Stark became a llama then almost the exact plot of Emperor’s New Groove would ensue,” commented ladyknight1991. Six months and 60,000 reblogs later, the idea has firmly incepted the Avengers fandom’s cultural consciousness.

Though not a box office success, Disney’s 2000 animated film The Emperor’s New Groove nonetheless enjoys a Mean Girls-esque new life on the Internet. Fans are fond of its wacky plot about a fictional Incan emperor who gets turned into a llama, not to mention its cadre of quotable one-liners and moments of screwball humor.

The Avengers, which, like Emperor’s New Groove, has a large ensemble cast, lots of zany plot twists, and plenty of comedy, is actually remarkably well-suited to the crossover, as evidenced by the sheer variety of takes on the meme that the fandom has produced.

The meme got a huge boost in September, when popular Tumblr artist Gingerhaze lent her talents to the cause. It’s hardly surprising that the post that produced the following mashups eventually got over 80,000 reblogs: Currently, the Avengers’ New Groove masterpost—a sampling of the most popular contributions to the meme—has more than 90,000 reblogs. But the list, though hilarious, is by no means exhaustive. Here are more of our favorites:

1. Hawkeye talks to Squirrel (Natasha) about being Loki’s henchman 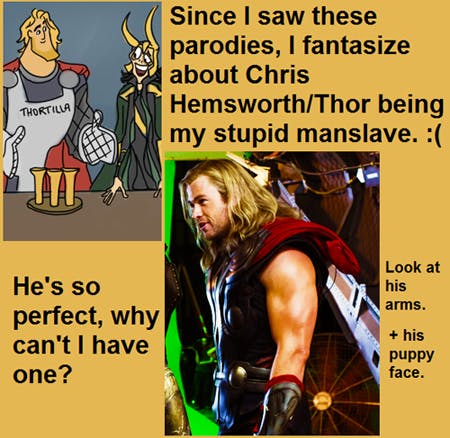 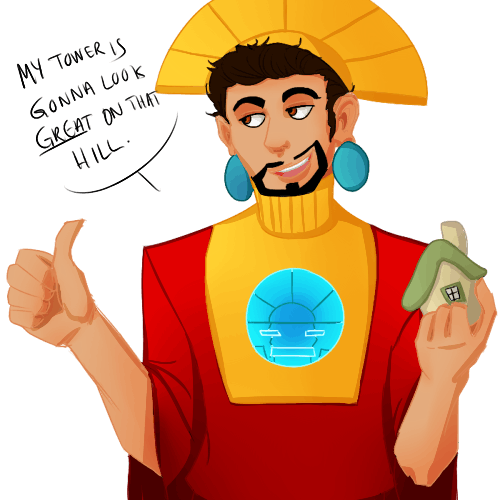 In light of all this goodness, we can’t help thinking this mashup has big-time potential. Disney’s done it before, with its popular Kingdom Hearts franchise, inserting Disney characters into popular videogame universes.

Clearly, it’s time for Disney to make Marvelverse crossovers their next new groove.