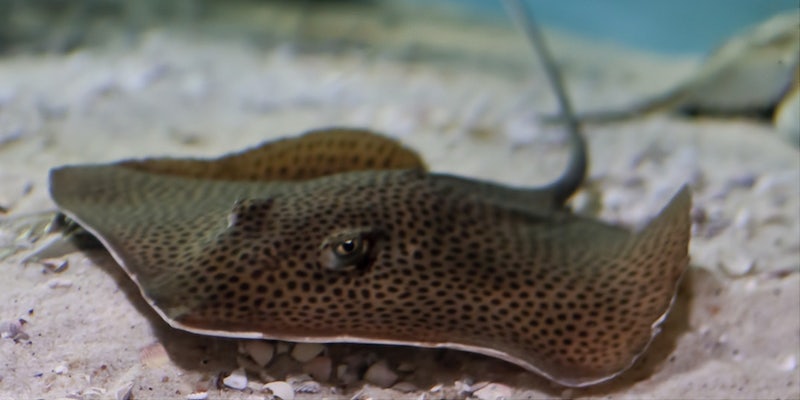 Meet stingray, the cellphone spying tool police don’t want you to know about

Even innocent bystanders should worry about this one.

A new legal battle over the ever-increasing scope of police surveillance is taking shape in Florida, where the American Civil Liberties Union has sued law enforcement for information regarding a controversial piece of technology that tricks cell phones into surrendering data.

Stingray cellphone tracker technology lies at the center of a the ACLU suit filed Tuesday against the Sarasota Police Department for its use of the snooping tech. Unsealed court transcripts reveal that stingrays are designed to “emulate a cellphone tower” forcing cellphones to connect with them instead of real cell towers. In doing so, the stingray is able to gather a swath of personal information about the target cellphone user, including identifying details and location data.

The case began when the Florida ACLU learned that Stingray technology was used by Sarasota police. The civil liberties group filed a request for documents pertaining to the police department’s use of such technology. But shortly before the department was to hand over the documents, U.S. Marshall’s came in and took the documents. The city said that a stingray was used as part of investigation begun by federal law enforcement, and claimed they were not at liberty to disclose the documents.

A judge later sided with the ACLU, and ordered the documents to be released.

ACLU staff attorney Nathan Freed Wessler told Wired that this was not the first time federal law enforcement officials have attempted to hide information about stingray program from the public.

“This is consistent with what we’ve seen around the country with federal agencies trying to meddle with public requests for stingray information,” Wessler said. “The feds are working very hard to block any release of this information to the public.”

Wessler said that the Homeland Security Act has been repeatedly cited as justification for the program’s secrecy.

In Florida, however, use of stingray technology has fallen under the scope of the state’s “trap and trace” statute. Trap and trace orders were originally designed for police to collect specific telephone numbers from phone companies without the need to get a traditional probable-cause warrant, which carries a higher legal threshold to obtain.

Law enforcement agencies have argued that stingrays should not require probable-cause warrants because they don’t collect the actual content of phone calls or text messages. But the ACLU and others argue that stingrays are still much more invasive than the traditional trap and trace tools.

Based on a court transcript of testimony offered by a Tallahassee, Fla., detective that oversaw the stingray’s use in his city, here is an overview of how the device works, according to the ACLU:

In Tallahassee, the detective also said that two versions of the stingray device were used. A vehicle-mounted stingray collected cellphone data as police drove through a specific neighborhood looking for a suspect’s apartment complex. Once they had narrowed down the general location, officers used a handheld version of the device to walk around from door-to-door trying to pinpoint the suspect’s apartment. The detective also testified that between 2007 and 2010, police in his city used stingrays approximately “200 or more times.”

It’s unclear how stingrays might have been used in Sarasota. For its part, the city has deflected all responsibility to the U.S. Marshalls. A police department spokeswoman told the Sarasota Herald-Tribune that the “Sarasota Police Department does not own any cellphone tracking equipment.” And Eric Werbeck, an assistant city attorney, told the local paper that, as far he knowns, cellphone surveillance by Sarasota police “never happened.”