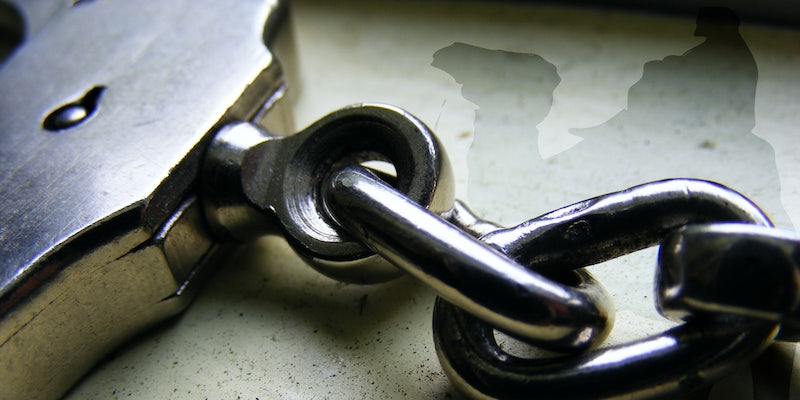 Hammertime sold some of the best-reviewed methamphetamines on the Deep Web.

The Deep Web black market Silk Road was seized by the FBI two months ago, but the arrests keep coming. Two Americans and two Canadians are behind bars after police accused them of operating one of the most popular methamphetamine businesses Silk Road has ever seen.

An indictment filed Wednesday charges the four with shipping more than 17 pounds of methamphetamine worth $607,220 around the world after 3,169 sales, reports Oregon Live. The charges include distribution, conspiracy to export methamphetamine, and 15 counts of international and domestic money laundering.

One glaring omission from the court documents is just how the group got busted. There’s no word on what exactly led to their recent arrests.

Hagen and Reder face a minimum of 10 years and a maximum of life in prison on the exporting charges alone. The money laundering charges add a possible 20 years. Webster and Bechen face anywhere from 60 months to 40 years for distribution. All four have pleaded not guilty.

Prosecutors are open to allowing the defendants out on bail—except for Hagen, believed to be the group’s leader, because they say he is a flight risk.

Police are in possession of every private message Hammertime ever sent. One in particular, apparently written by Hagen, detailed how he set up credit cards under at least 10 fake identities that he could use to flee the country if he believed law enforcement was closing in.

One of Hammertime’s customers, johnthebaptist, even offered Hagen, who has no prior arrests, a place to hide: “If you ever need to leave the U.S. for ANY reason whatsoever (legal/polit ical/dictatorship), you are more than welcome to stay in my humble residence here in Canada. Remember my offer.”

In various messages between Hammertime and customers that are now being used as evidence, Hagen described how he “really, really enjoyed” serving customers and beating police by moving fast and “randomizing drop off locations geographically” so that any officer attempting to discern a pattern would be stumped.

Hammertime was known on the Deep Web for selling high quality meth at affordable prices. They shipped quickly, reliably, and stealthily, so customers loved them and regularly sung their praises. When describing Hammertime’s products, no compliment was too high: “Fire,” one happy customer said. “Absolutely top shelf dope.”

Police charge the group with selling to buyers throughout North America, Europe, and Australia.

Prosecutors said Hagen’s “clear disdain for the United States government” made him more likely to flee.

If the dice rolled the wrong way, he told one customer on July 3, 2013, “I’ll be locked up for a long, long time and it’d probably be a media worthy case, meaning I’d be made an example of. It’s not worth it.”

“I have so much hatred toward the system and the current government,” he explained, “and status quo that I just don’t give a fuck. What I’m really pissed off about today is that no country has stepped up to offer Edward Snowden asylum despite highlighting and glorifying his courage in this David versus Goliath affair.”

Hagen went on to describe the United States as a high school bully who was revealed to be a criminal by “little Ed” but stilled treated deferentially by most everyone else.

“Did all of these citizens of ours die in the World Wars to protect the rights of corporations to run things at the expense of the people and for a government to slowly encroach on our  human rights? Fuck no.”

Hagen allegedly started the business in August 2012 when he purchased fake identification documents and opened a Paypal account under a fictitious name. He received $22,093 in the account upon its launch.

By December 2012, Hammertime was such a successful meth dealer that they’d garnered specific attention from law enforcement. Watchful cops in Maryland ordered 17.5 grams of meth from Hammertime in December and then January 2013 for a total of about $1,400 in bitcoins.

That was only a fraction of the overall money the group was handling. In the spring of 2013, Hagen received $116,000 in Green Dot MoneyPak reloadable debit cards from another member of the group. Hagen also took in $20,250 in Western Union transfers from Cambodia to Oregon. The transfers are being used against him in charges of international money laundering.

Hammertime was already well known and massively successful on Silk Road by the time the new year came around.

Police had openly been in contact with Hagen since March when they say they found him in possession of $2,000 cash, a Western Union wire transfer, and a false Oregon driver’s license using the name and information of a real identity theft victim. Even so, Hagen continued selling.

In July, police intercepted about an ounce of meth that Hammertime was attempting to send to Australia. On the same day, Chelsea Reder sent 3.5 grams to another undercover agent and ten more packages in Washington using the same fake sender’s name and address: “N. G.” Bertha Blvd, Portland, Oregon.

Prosecutors are saying that Hagen barely tried to hide what he was doing at all. He wasn’t employed and they can’t find evidence of him paying taxes. His property tax mailing address is a post office box, not a home. Hagen allegedly gave a woman he knew $10,000 in cash to buy him property.

When police raided the homes of the accused, they found burner phones, disposable gloves, zip-lock bags, and multiple computers, giving law enforcement the impression that the group was still selling on the Deep Web black markets that had popped up to replace Silk Road.