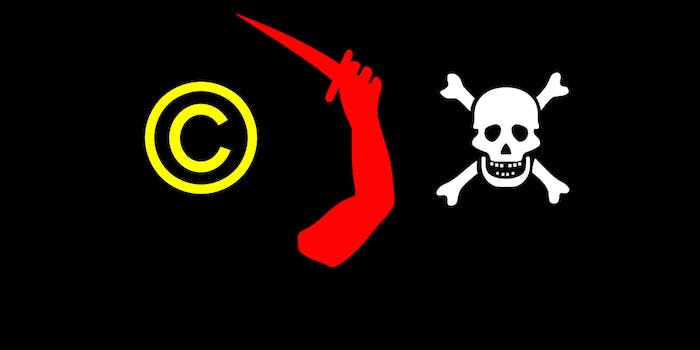 Malibu Media, the production company that owns X-Art, recently filed suit against Sagala for willful copyright infringement, according to TorrentFreak. Last week, a U.S. federal judge ruled in Malibu Media’s favor, ordering that Sagala pay $45,000 in statutory damages, as well as more than $1,500 in legal fees.

The Los Angeles-based company behind X-Art, a website that produces upscale adult erotica, is notorious in the file-sharing world as an aggressive “copyright troll.” This year, they’ve filed 288 cases against defendants who’ve downloaded their copyrighted work, and a total of 1,894 lawsuits since 2012. The company identifies people who download their work by scouring BitTorrent and collecting their IP addresses, then filing suit against them in courts across the country.

Although these suits are usually settled out of court for a few thousand dollars each, this was not the case with the unfortunate L. Sagala: He apparently failed to respond to the suit, which earned Malibu Media a default judgment in the company’s favor.

While such default judgments are apparently fairly common, this particular case is noteworthy for the relatively high amount of damages Sagala must pay, though Malibu Media says in its filing that the “plaintiff’s actual damages far exceed this sum.” Whether that’s actually the case depends largely on how you feel about copyright infringement. But either way, unless you’ve got 40 grand burning a hole in your pocket, it’s probably best to stay away from illegally downloading X-Art for the time being.