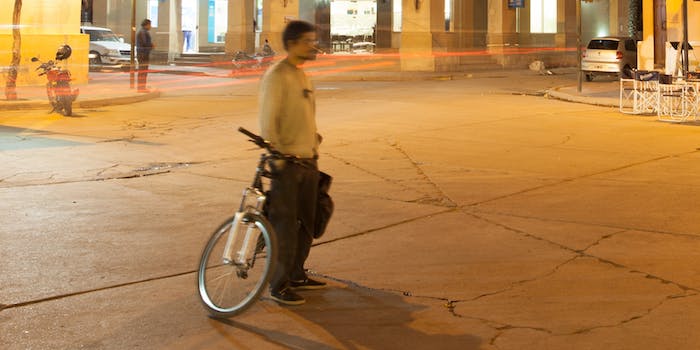 Did this citizen crusader’s online sting nab a sexual predator?

A suspect was charged with "sexual grooming" after an amateur sting operation lured him to meet a fake 16-year-old.

Police arrested a man in Derbyshire, England, after a citizen campaigner posed as an underage girl and shared a video apparently of the confrontation to Facebook.

Over the past year, the campaigner has been working to catch suspected pedophiles by creating dating site profiles posing as underage boys and girls, then arranging meetings in public places and hotels.

He records the confrontations with the suspected pedophiles and then shares the videos on Facebook.

“I get a mixed reception from the police for doing what I do,” he told the Derby Telegraph. “But I don’t think I am interfering with police work, if anything I am helping them because they are unable to get this sort of evidence in the same way that I do.”

He noted that those lured to the meetings with whom they believe to be underage children are confronted by two or three men. He does not plan to stop baiting suspected predators in his efforts to highlight the need for stronger protection of kids.

“If I can help one person not be hurt then it’s worth it and I’m prepared to take the fall for it,” he said.

Police didn’t explicitly say the arrest in this instance followed a sting—they only confirmed it happened after a video was shared on Facebook—but you can probably read between the lines.

The 41-year-old was arrested on suspicion of sexual grooming and inciting a child under 16 to commit a sexual act, police said.

As of this morning, the video was still available on Facebook, since police have yet to ask the campaigner to remove it.

“I only take it down once I am asked by the police and after [the suspect has] been charged,” he told the Telegraph.

There exist a number of citizen vigilantes dedicated to tracking down and exposing apparent Internet predators, while hacktivist collective Anonymous has targeted child pornographers on many occasions. However, police have pointed out that naming and shaming suspected pedophiles online can decrease the chance of a successful prosecution.