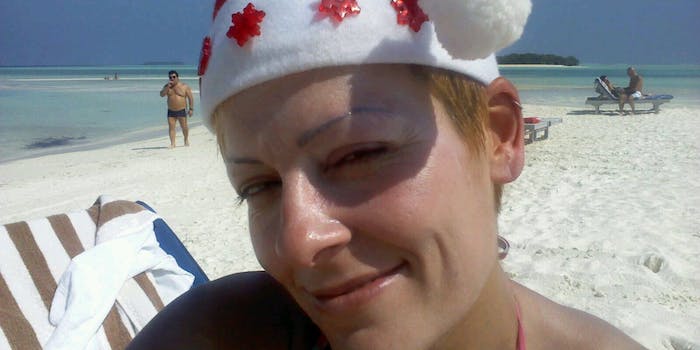 Well this is horrifying.

Just in case you haven’t developed a paralyzing fear of hospitals in your time on earth, there’s this: An Italian nurse has been arrested in connection with 38 suspicious patient deaths at her hospital after an investigation revealed that one had died from a potassium chloride injection.

Daniela Poggiali, a 42-year-old medical professional from the northeastern town of Lugo, was described by colleagues as “polished” and “tireless” but also “cynical” and “vindictive,” according to newspaper Corriere della Serra. She allegedly administered sedatives to patients who complained about their treatment; other times, coworkers said, she gave them laxatives at the end of a shift to make life more difficult for the nurses who came on afterward.

The number of unexplained deaths that occurred on Poggiali’s watch took on another sinister aspect when police obtained her phone: Among the photos they found on the device was a selfie she had snapped with someone—possibly a victim—who had died just moments before. She was smiling and “giving a thumbs up” in the picture, the New York Post reported.

“I can assure you in that all my professional years of seeing shocking photos, there were few such as these,” said prosecutor Alessandro Mancini. He added that proving homicide would be all but impossible in most of these cases, since potassium chloride becomes difficult to detect within a few days of entering the bloodstream. In any case, let’s all resolve once more to never fall ill, suck up to every nurse, and ultimately live forever.