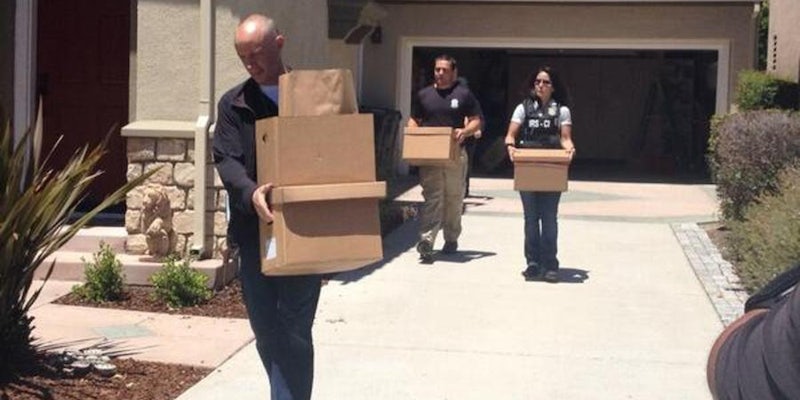 Bad news for Bay Area sex workers: The FBI seized and shut down the free online escort directory My RedBook on Wednesday. Two people suspected of running the San Francisco-based website have also been arrested, and are facing charges of “money laundering derived from racketeering based on prostitution in violation of state and federal law,” the FBI’s statement on the now-inactive website says.

According to the San Francisco Examiner, My RedBook was shut down as part of the FBI’s larger crackdown on illegal sex trafficking, particularly child prostitution. Law enforcement officials have reported that six underage teenagers have been rescued and 13 alleged pimps arrested in the Bay Area during the FBI sting.

An anonymous law enforcement source told CNN that it was able to identify and rescue trafficked children this month through the website, though the source didn’t provide any further details. The website’s alleged owner was arrested along with one another person in his Mountain View home earlier today.

Although the FBI says the sting is targeted at pimps and those who benefit from child trafficking, many local sex workers are concerned that the closure of the website will adversely affect sex worker safety. Unlike many other escort directories like Eros and Lovings, MyRedBook featured a community-based forum, so sex workers could share the names of blacklisted clients and share other community safety tips. Many view the child sex trafficking sting as a pretense for depriving adult sex workers of their rights.

I’m sad that #myredbook is no more. That was a great site. #sexwork #sexworker

Basically California is determined to ensure that women who go into sex work die on the streets or in jail. #myredbook

Because the website was free, many in the sex worker community are concerned that the site’s shutdown will drive at-risk or marginalized sex workers further underground. Without a resource like My RedBook, it may make it more difficult for sex workers to take safety precautions by vetting prospective clients and setting their terms and conditions in advance of meeting them.

@ej_dickson Unsure what this will mean for folks with accounts on the site. In the meantime, lots of folks will be hustling hard for rent.

@ej_dickson Folks that can’t afford to post ads on the more expensive sites will likely be pushed toward less safe options.

Removal of one of the only safety tools for prostitutes + outrageous rent + 6 days until the 1st = dangerous times for us in the Bay Area.

This is not the first time MyRedBook has come under fire from the FBI. In May, a 21-year-old California man was sentence to eight years in prison after posting an advertisement featuring a 16-year-old girl on the site, then transporting her Las Vegas to work as a prostitute.