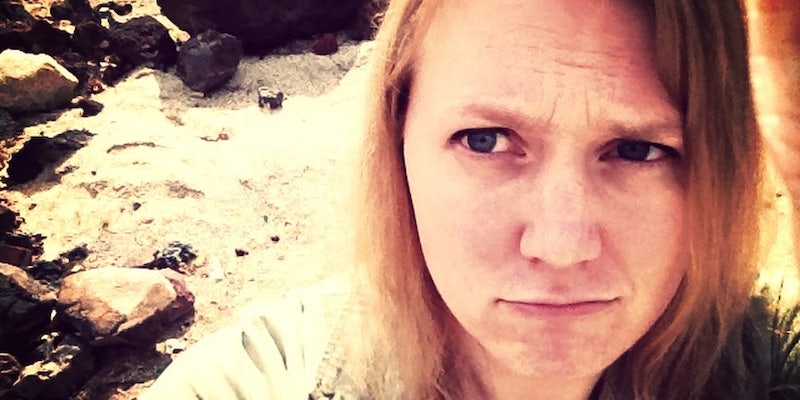 Dana McCallum is a Twitter engineer, a gay and trans rights advocate, and proponent of women in tech.

Dana McCallum is a Twitter engineer, a gay and trans rights advocate, and proponent of women in tech. Now, she’s also an alleged rapist.

The San Francisco Examiner has reported that McCallum was charged in January on 5 felony counts, including three counts of spousal rape, one count of false imprisonment and one count of domestic violence. She was released on $350,000 bail under conditions including mandatory AA attendance and a restraining order on behalf of her estranged wife. She has pleaded not guilty to all counts.

McCallum’s lawyer, John Runfola, told the Examiner that McCallum had served her wife with divorce papers the day before the incident, and that the allegations were financially motivated.

McCallum has been a hugely vocal and noted figure in the world of tech culture. Last fall Business Insider declared her one of the top 5 most important GLBTQ members of the tech industry. She has frequently advocated for women, queer, and genderqueer members of the tech community, including leading participation in Trans*H4CK, speaking at GitHub‘s female-focused Passions Project, and co-founding the women’s coding society Lambda Ladies.

Earlier today, McCallum tweeted that she “can’t comment until the case is wrapped up.” Her employer likewise told ValleyWag that Twitter “doesn’t comment on employees’ personal matters.” But that didn’t stop Runfola from raising eyebrows by insisting that there was no truth to the allegations:

“No one heard ‘rape’ or fighting or anything,” he said.

There are no witnesses for the prosecution, except one teenager who allegedly heard “no” through a door,” Runfola said regarding police files.

“no one heard ‘rape'” even women’s advocates employ the classic defenses apparently https://t.co/zYtKf4Wf4I

Meanwhile, McCallum’s status as a transgender woman who was assigned male at birth has led to some transmisogynist backlash from Trans-Exclusionary Radical Feminists (TERFs). TERFs believe that transgender women are appropriating feminism away from biologically assigned women. In the wake of today’s news, some of them deliberately, transphobically misgendering McCallum, characterizing her as yet another male rapist engaging in victim-blaming:

@eugeniavdebs @DanaDanger Dana is a woman. Regardless of what she is accused of, she deserves to be treated with dignity.

Whether or not McCallum is guilty, it’s important to remember that domestic violence and sexual assault among trans couples is alarmingly high. According to a 2004 Forge study, nearly 30 percent of assailants in sexual assault and violence incidents against trans individuals were domestic partners. Additionally, under-reporting incidents of violence is a long-standing problem, and recent years have seen a staggering increase in the number of violent incidents between intimate partners.

As important as making progress and gaining equality in tech spaces may seem, McCallum’s arrest underscores the need for increased safety and protection for women and transgender men and women. McCallum may be the new, unwitting face for an ugly facet of genderqueer awareness: We have a lot more work to do.