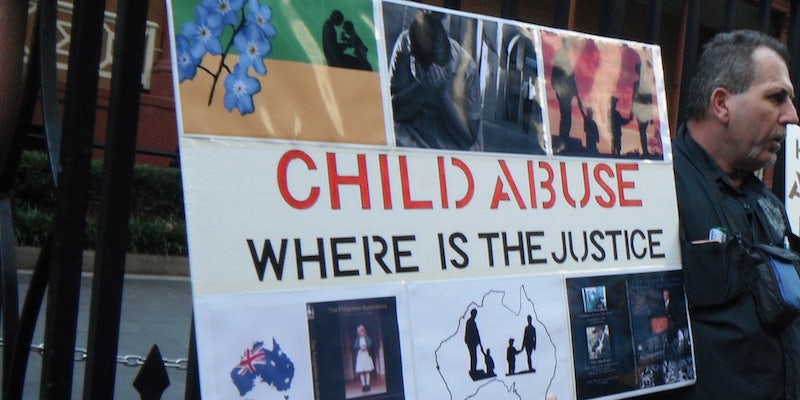 The U.K.'s Child Exploitation and Online Protection Centre reports that child abuse images are increasingly being shared over Skype or using the hidden web.

A report by an anti-child-exploitation agency suggests that imagery of child sex abuse—including live streams—is becoming more prevalent on the Internet.

The report estimates that around 50,000 people in the U.K. were involved in sharing and downloading such material in 2012.

CEOP pointed out livestreaming as a particular threat to child safety. “Offenders have been seen to target vulnerable families overseas to facilitate live access to children over webcam,” the report read. “The children are made to engage in sexual activity in exchange for payment to the family or to an organised crime group.”

Furthermore, there appeared to be a shift from distributing images on the open Internet (i.e. any part of the Internet on which the indecent images are visible to anyone) to the so-called hidden Internet. That is, the parts of the Internet not accessible by search engines—Skype, password-protected sites, and black markets masked by routing software.

“The use of the hidden internet in the U.K. and beyond is expected to continue increasing throughout 2013, possibly reaching 20,000 daily U.K. users by the end of the year,” CEOP said.

The report noted there was a low level of commercial indecent image distribution on the open Internet, largely due to the volume of imagery being distributed for free and increased awareness of transactions being traceable. It is also more difficult for law enforcement to track those sharing and downloading the images.

The report points out the problems in accurately assessing the prevalence of online child abuse. “Most areas of child sexual exploitation and abuse suffer from chronic under-reporting by victims and often inconsistent recording in the criminal justice process,” it read. “Accurately identifying the size of the UK offending and victim populations is therefore problematic.”

A National Society for the Prevention of Cruelty to Children spokesperson told the BBC evidence from England and Wales police suggests there are 20,000 sexual offences against children every year.