Bill Comeans was murdered 34 years ago, but he's tweeting from beyond the grave.

On Jan. 7, 2014, the 34th anniversary of his murder, Bill Comeans inexplicably sent a tweet:

34 years ago today, I was murdered. I was 14 and had my entire life to live. My family is still looking for my killer.

You strangled me to death. It hurt and I was scared, until my eyes opened in heaven.

On Jan. 7, 1980, a few days before his 15th birthday, Bill Comeans left his house in New Rome, Ohio, a suburb of Columbus, to pick up his sister Kathleen from a birthday party next door. When he arrived at the party, she told him she didn’t want to leave yet, so he stopped at home to help his father work on a car in the garage before leaving again.

A few hours later, Comeans hadn’t returned home, so his father and brother went looking for him. At around 9 pm, they found him a few blocks away from the house, in a snowy ditch by the railroad tracks. He had been strangled by his own winter scarf.

Despite his brother’s attempts to resuscitate him, Bill Comeans was pronounced dead at the hospital two hours later. An autopsy later concluded he had died of “cardiopulmonary arrest” due to “compression of the neck.” His killer was never found.

My last meal was a half a bowl of ice cream. I put it in the freezer so I could go get my sis. That bowl stayed in our freezer three years.

So why is Bill back? Maybe the better question is how? The keyboard behind the tweets isn’t Bill, of course, but rather his younger sister Kathleen. She was 8 when her then 14-year-old brother was murdered, and she’s using Twitter to revitalize interest in the cold case and share memories from her brother’s short life.

@Lil_Sis_K @bobcomeans and mike. Remember this trip to Canada? All the pizzas we had? And Muskie George? Woohoo! pic.twitter.com/cjoaYe3xv7

This is the house I grew up in. Well, I didn’t really get to grow up, did I? pic.twitter.com/V12HH8ruvg

The tweets vacillate wildly in tone, from sweet and poignant to increasingly mordant and bizarre.

The effect of a murder victim using social media to address his killer from the grave is at once macabre—a 21st-century version of “The Tell-Tale Heart,” with a dash of Lovely Bones thrown in—and heartrending. The first-person perspective in particular is “cathartic for the family, because it allows them to express questions and concerns that they never got to process,” says Kristy Dyroff, a representative for the National Organization for Victims’ Assistance. “But it’s also literally a way to give voice to Bill.”

Each tweet offers a glimpse of Comeans’ all-too-brief life. The Ohio boy had curly light brown hair, unruly eyebrows, and a large build for a 14-year-old, solid enough to convincingly portray Santa Claus for his family every Christmas. He wore braces in middle school. He loved drawing, playing piano, and his mother’s French toast. For his last Christmas, his mother got him a personalized ID bracelet, which he was wearing when he was buried. 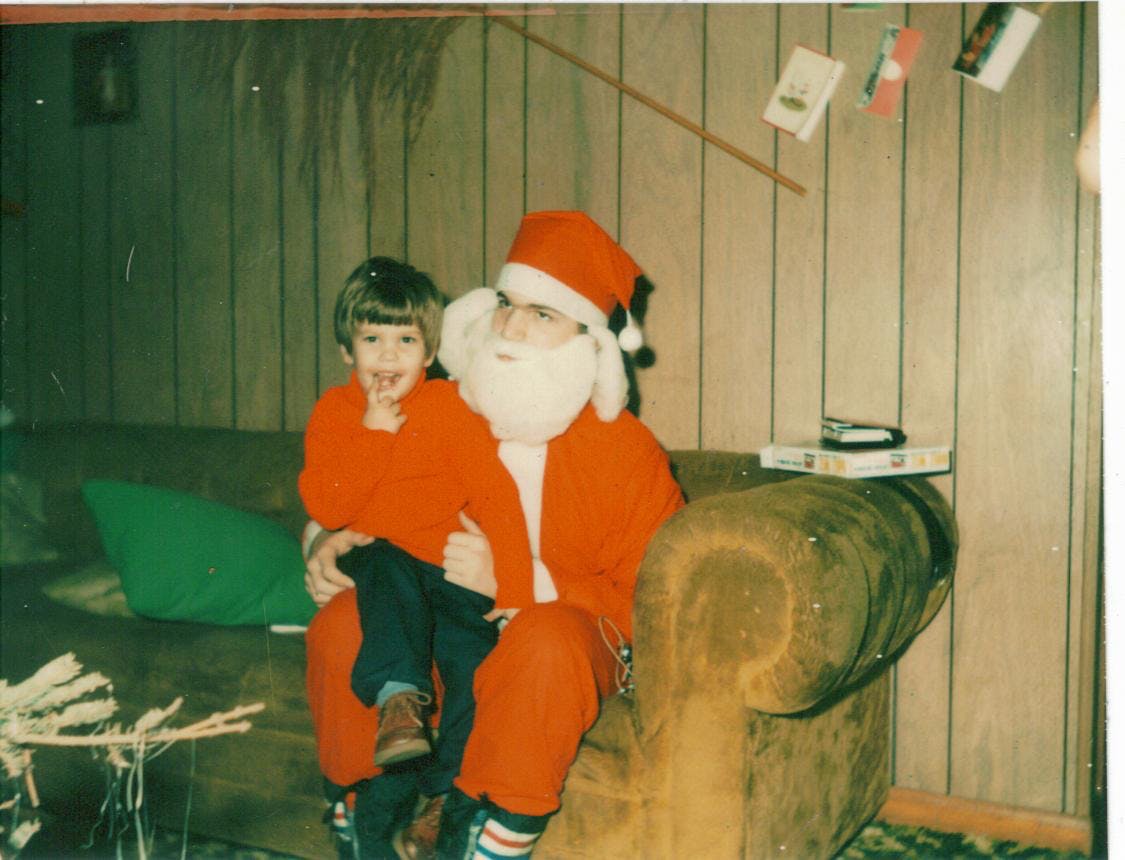 @BillComeans has been effective: The Twitter account attracted the attention of reporters from all over the world, all of whom were fascinated by the Comeans family’s unorthodox method of drawing attention to the case. Although Kathleen Comeans had previously used social media to highlight her brother’s case, creating a YouTube tribute video and a Facebook page in 2011, the haunting first-person perspective of the Twitter account struck a chord. As news coverage increased, @BillComeans’ followers jumped from a few hundred to 2,600.

For the first time in 34 years, it looked like Bill Comeans was one step closer to finding justice.

They tried to silence me 34 years ago, but I’m louder than ever.

Although most recent reports on the Comeans case have focused solely on the family’s efforts to use social media to find Bill’s killer, the details of the case are perhaps even more bizarre than the Twitter account itself.

For one thing, Comeans had been brutally attacked on two separate occasions a few months before, in September and October 1979.

The first time, Comeans told his parents that two unidentified men had attacked him while he was on his paper route by placing a plastic garbage bag over his head and wrapping a bicycle inner tube around his neck.

The second time, according to a Columbus Dispatch report of the incident, the two men jumped out from an “aqua-colored car,” tied a rope around Comeans’ neck, and left him under a tree. Comeans passed out for five hours before regaining consciousness and walking home. 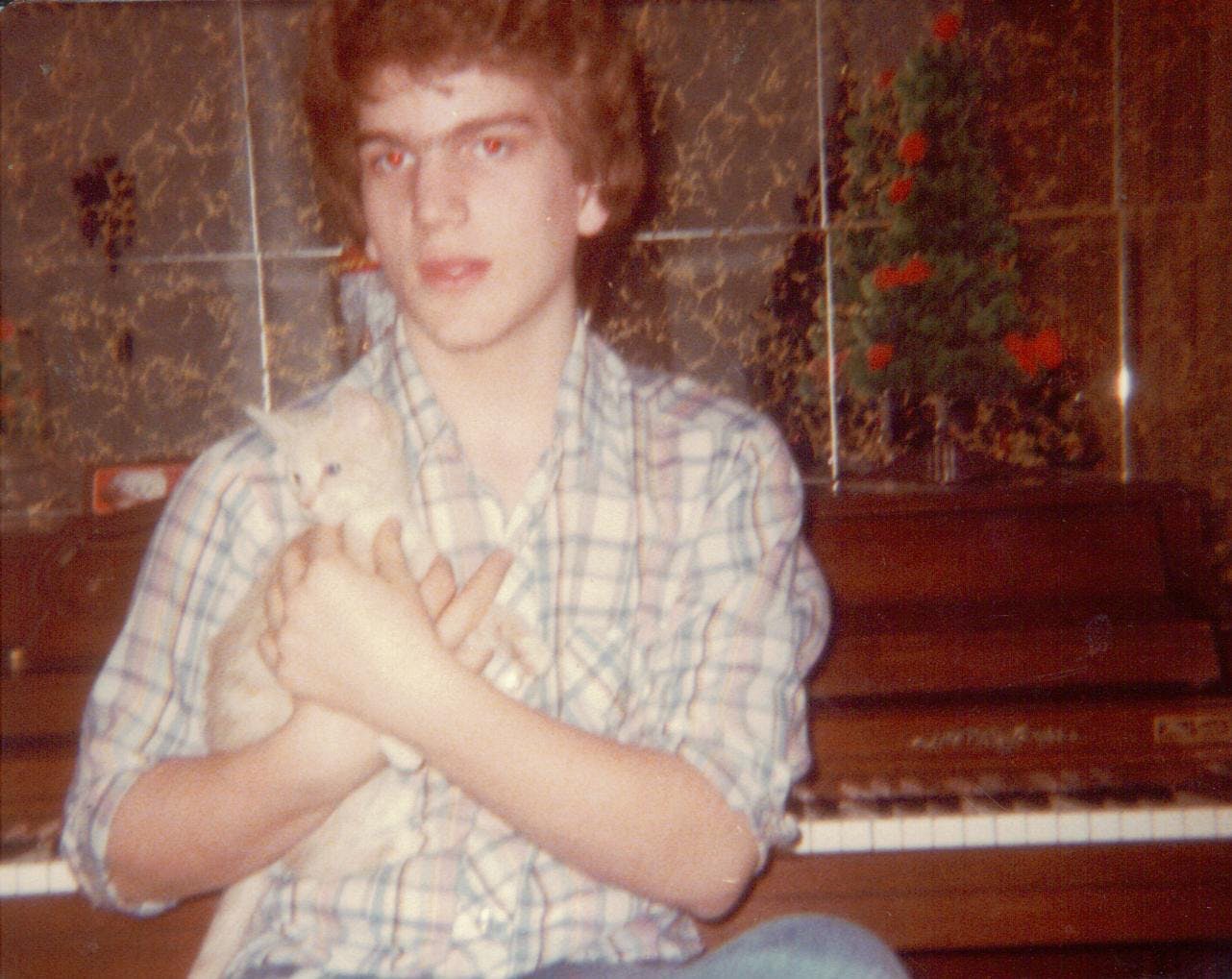 While Comeans was unable to identify his assailants on either occasion, he, his best friend, and his girlfriend also found threatening notes in their lockers around the time of the attacks. Although detectives did not reveal the contents of the notes, eight families in Comeans’ neighborhood received similarly threatening missives about nine months after Comeans’ death, which read “Ur next,” “time is short,” and “all have been warned.” While Franklin County police initially thought the messages were a hoax, according to an article in the Free Lancet-Star, handwriting analysis later concluded that the same person who wrote messages to Comeans’ neighbors also authored the notes to Comeans.

The details of the Comeans case—the prior attacks, the threatening notes—posed a challenge to local police, who had initially ruled his death a suicide. While they interviewed dozens of people related to the case, the Franklin County Sheriff’s Department never identified a suspect, in part because the advent of DNA testing was a few years away, and in part because they simply couldn’t find a motive.

Comeans was “the perfect student, the perfect child, the perfect citizen,” Det. Tony Rich of the Franklin County Sheriff’s Department told the Columbus Dispatch. “There is no apparent reason for his death whatsoever. There is just nothing.”

It’s true, there’s nothing new to talk about—which is exactly why @BillComeans is busy tweeting. 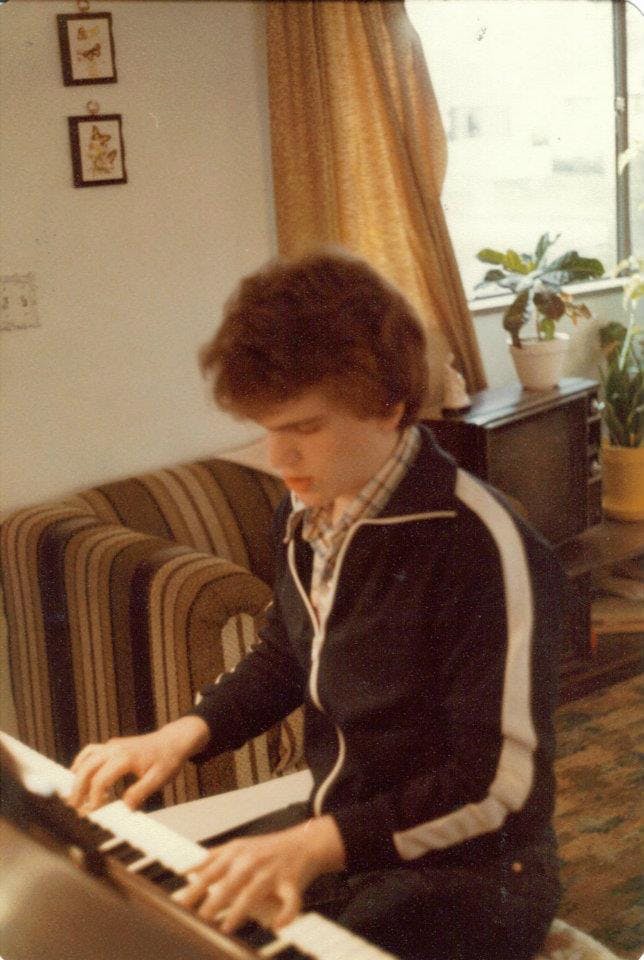 In 2012, according to Sgt. Bill Duffer of the Franklin County Sheriff’s Department, the Comeans case was reopened at the family’s request. Although no new evidence had been found and there were no new leads in the case, the family requested that Comeans’ scarf be submitted to a lab for DNA testing, as well as a knife found at the scene.

The state crime lab said the results of the DNA sample would be released at the start of 2013, when more advanced technology would be made available. To date, the samples have not yet been tested. (According to Jill Del Greco, the public relations officer for Ohio State Attorney General Mike DeWine, while the Ohio state crime lab has a turnaround of approximately 20-25 days for most DNA results, it’s fairly common for DNA samples from older or cold cases to be suspended for better testing technology, as it “could result in the return of useful results in situations where current testing might not.”) The Franklin County Sheriff’s Department would not comment or release records related to the case, on the grounds that it is still an active investigation.

In their quest to find their brother’s killer (Bill’s parents, Carol and Robert, passed away in 2010 and 2012, respectively), the odds are against the Comeans siblings. According to the Ohio Attorney General’s website, there are approximately 5,000 cold cases in Ohio, and one can assume that a 30-year-old case doesn’t take priority. Furthermore, even if the DNA samples from the Comeans crime scene are tested, one study says that only 20 percent of cold cases result in a “conclusively identified” suspect, with a meager 1 percent resulting in a conviction.

“I think, quite frankly, that the Twitter is probably more cathartic than resolving anything,” Dyroff adds. “I commend their effort to draw attention to it, but it doesn’t appear they’re getting much real feedback or information related to the case. And it’s just so difficult to get much traction on these older cases.”

Still, Kathleen Comeans holds out hope that the increased attention will bring her a step closer to her brother’s killer: She continues to tweet at Nancy Grace, Dateline, and the New York Times repeatedly, as well as the Franklin County Sheriff’s Department (a new detective will be assigned to the case in February).

“I don’t want him to be forgotten,” she told Columbus’s local news station 10TV. “Whoever murdered him is out there, and somebody knows something, and Bill has a story to tell, so we’ll use whatever means to tell it.”