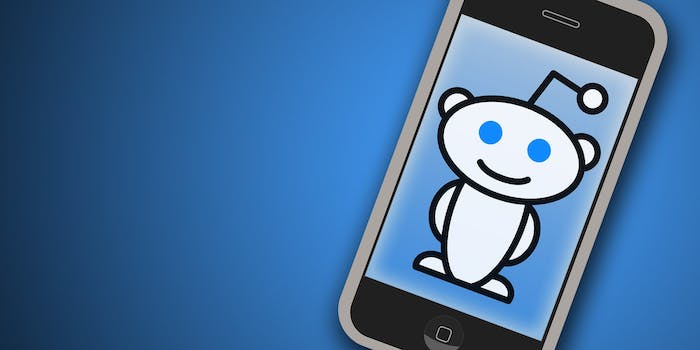 Reddit doubles down on mobile with the acquisition of Alien Blue

Reddit's no longer content to be a bystander in the mobile sector.

Reddit has announced its second major foray into mobile with the acquisition of Alien Blue, the most popular of the plethora of unofficial Reddit-browsing apps.

The community news and link-sharing site announced the news in an official blogpost, confirming that the iOS app will retain its branding—with the exception of an updated icon. Lead developer Jase Morrissey has been brought in-house as part of the acquisition, who says he is “absolutely thrilled to be joining the very talented Reddit crew.”

“Now I’m an official member of the team,” Morrissey writes, “I’m hoping to spend even more time doing what I love—building fun and powerful software for all of you.”

The blogpost also reaffirmed Reddit’s support for third-party apps, saying that the team believes “our communities are interested in multiple ways to experience Reddit.” Head of Strategic Partnerships Ellen Pao told TechCrunch that “[Reddit’s] whole philosophy has been to give our users choice… we really want users to use whatever they want.”

This may be true—but Alien Blue’s acquisition confirms that the company is no longer content to let third parties alone handle mobile, an increasingly important side of the business as statistics show app usage is on the up even as mobile web browsing declines.

The first sign of Reddit’s new interest in the app space came in Sept. 2014, when the community news site announced the launch of its first official app—the Ask Me Anything app, devoted solely to the community-driven Q&A’s that Reddit has become famous for. Both apps are currently iOS-only, but Reddit is currently hiring for an Android developer, a sure sign that the company is looking to further expand its in-house mobile reach.

However, there are not yet plans to develop for Windows Phone, Reddit admin kemitche confirmed.

There are other developments afoot too: After negative press following revelations that Reddit had made enough money off the leak of intimate celebrity photos dubbed Celebgate to run its servers for a month, the company secured a $50 million round of funding, with high-profile backers including Jared Leto and Snoop Dogg—a known Redditor. Alongside this announcement came the news that the company is looking into issuing its own cryptocurrency, tied to Reddit stock, which would then be distributed among the community.

Reddit is also forcing all its employees to relocate to San Francisco or to accept severance packages as part of a drive for “optimal teamwork.” Less than week prior to the acquisiton of Alien Blue, longterm employee Erik Martin left his job as General Manager after six years with the company.