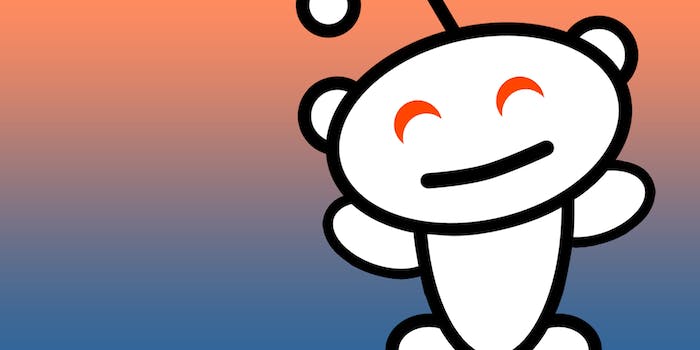 And now he's only answering questions with GIFs.

Hard decision, but after 6 outstanding yrs I’m leaving reddit. Thank you to everyone who helped me along the way & made it an amazing ride!

It is currently unclear why Martin, who has been with Reddit for six years, is leaving the company. Martin has also not yet revealed what his next career move will be.

News of his departure follows a report that Reddit CEO Yishan Wong is requiring its team to relocate to its San Francisco headquarters or be fired. Martin lives in Brooklyn.

Reddit recently concluded a $50 million round of funding, which included investment from actor Jared Leto and musician Snoop Dogg.

During his tenure at Reddit, Martin has presided over some Reddit’s highest and lowest points. The highs include President Barack Obama’s historic AMA (“ask me anything”) Q&A session with the community in 2012, the rise of Reddit’s world-record-breaking Secret Santa project, and his inclusion in Time’ s list of its 100 most influential people after redditors gamed the poll. Martin’s lows have mostly related to privacy issues, moderator drama, and pornography on the site.

Quite possibly the lowest point came in April 2013, when the Reddit community was responsible for disseminating incorrect information pertaining to the Boston Marathon Bombings. This resulted in the heavy moderation and an apology from Martin.

“Activity on Reddit fueled online witch hunts and dangerous speculation which spiraled into very negative consequences for innocent parties,” he said. “The Reddit staff and the millions of people on Reddit around the world deeply regret that this happened.”

Martin has not responded to an email requesting a comment. He has been making GIF responses to comments made on Twitter from the likes of Laughing Squid’s Scott Beale, journalist James Erwin, and others.