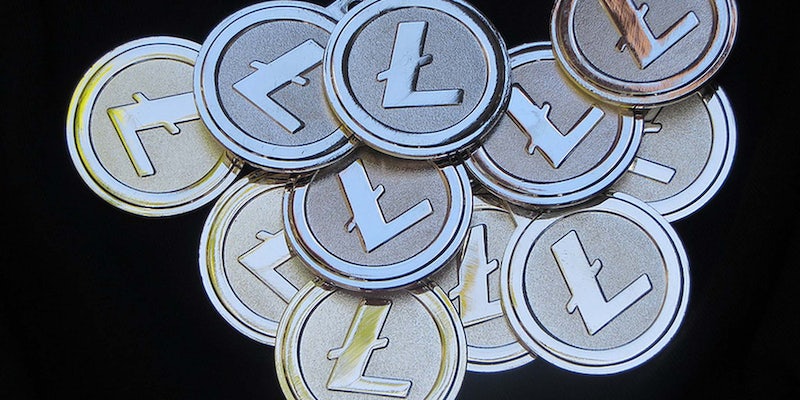 Litecoin, an alternative digital currency, is growing after being added to several Chinese exchanges.

In the shadow of the booming Bitcoin market, the alternative digital currency known as Litecoin is experiencing its own rapid expansion.

In just the past day, Litecoin prices have jumped nearly 50 percent from $10 to $15 across the largest exchanges in the world. Litecoin was selling for close to $2 as recently as a month ago.

The currency has reached a $350 million market cap, a $100-million increase from just last week that has invited curious onlookers and new investors to the cryptocurrency that has long been billed as the silver to Bitcoin’s gold.

Inspired by Bitcoin, Litecoin was created in 2011 by Charles Lee, a 36-year-old MIT grad and former Google programmer living in Silicon Valley. The currency is billed as a faster, more abundant, and easier-to-mine alternative to its bigger, much more expensive brother.

Although hundreds of alternative digital currencies exist, Litecoin has been the most successful by far: It has a $200 million market cap lead on its next competitor, Peercoin.

However, Litecoin has invited even more skepticism than Bitcoin. In addition to the host of pundits who believe that digital currency itself is a fad, a host of Bitcoin advocates view the newer currency as redundant, needlessly derivative, and functionally useless because of the lack retailers supporting it.

Like Bitcoin before it, Litecoin has been receiving major media attention over the past month. From the New York Times and Wall Street Journal to SFGate, journalists have been racing to explore and explain the expanding world of digital currencies. Litecoin is always near the beginning of that conversation.

The largest Litecoin exchange is BTC-e, a Russian website that has sold over $3 million litecoins. In China, half of the top cryptocurrency exchanges added Litecoin just last week.

For Bitcoin, r/Bitcoin on social news site Reddit has become one of the currency’s most important discussion forums with over 70,000 readers. Meanwhile,/r/Litecoin has been attracting thousands of new readers in recent weeks as it grew to 9,000 readers from 6,000 in October.

As with any digital currency, it’s impossible to tell where it will land in the short or long term. As the market keeps attracting millions of dollars from around the world, the only guarantee is that more and more people are going to be giving it a serious look.