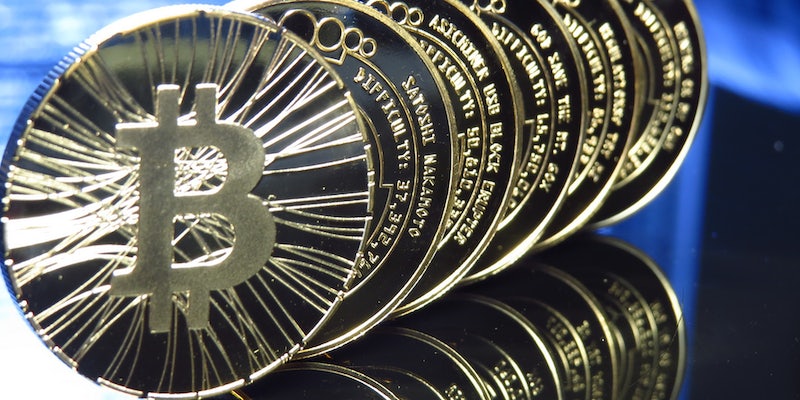 Bitcoin, the stateless digital currency, has topped the $200 mark again, gaining more than 35 percent since the beginning of October. Thursday’s high of $233 is just $33 off the highest price ever paid for the currency, in April 2013. Bitcoin has also exceeded a $2 billion market cap for the second time ever.

All of this has happened despite the closure of the illicit online marketplace Silk Road, which many believed was sustaining the currency. Clearly not.

The Silk Road bust was just the latest in a series of what were considered blows to the currency. Specifically, BTC’s increased visibility, including the first arrest for a Bitcoin Ponzi scheme, has led authorities to take the first important steps toward regulating it. From U.S. Federal court to New York State to the Senate, Bitcoin regulation has been the trend for some time now.

In the West, anyway. In China, it’s a different story, and the country is fast becoming a major driver of the Bitcoin economy.

As Wired notes, 33 percent of the world’s bitcoins now flow through a Chinese Bitcoin exchange called BTC China, heretofore all but unknown in the West. Mt. Gox, the Japan-based exchange that in 2011 controlled 80 percent of Bitcoin trading, now only handles 23 percent.

Trading has surged at BTC China, bumping even higher last week when Baidu, China’s largest search engine and the fifth largest website in the world by traffic, announced that it would take Bitcoin in payment for “Jiasule,” its distributed denial of service protection and firewall security offering.

Launched in 2011, BTC China is now run by former Yahoo and Walmart executive Bobby Lee, whose brother, Charlie, is the mind behind Bitcoin alternative Litecoin.

The regulation that has characterized Bitcoin in the West, and which, after spiking growth, retarded it as investors and other users feared the instability and limitation that governmental actions would produce in the currency, is not a problem in China. At least, not yet.

“I reached out to the China Banking Regulatory Commission by phone,” reporter Xiao Huan Huan said on the Sina news website, “and a representative said: ‘At present, we have no plans to officially make any regulations regarding Bitcoin.’”