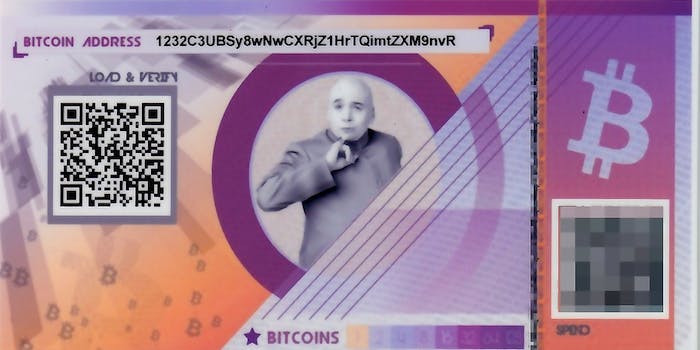 The ruling stemmed from the trial of Trendon Shavers, who's accused of running a $4.5 million Bitcoin ponzi scheme in Texas

A federal judge has ruled that Bitcoin is, for the purposes of the law, a currency and subject to government regulation.

The ruling stemmed from the trial of Trendon Shavers, the founder of the Bitcoin Savings & Trust hedge fund, who has been accused by the Securities and Exchange Commission (SEC) of running a $4.5 million Bitcoin ponzi scheme in Texas.

Judge Amos Mazzant expressed his finding in a memorandum opinion (PDF) on jurisdiction.

“First, the Court must determine whether the BTCST investments constitute an investment of money. It is clear that Bitcoin can be used as money. It can be used to purchase goods or services, and as Shavers stated, used to pay for individual living expenses. The only limitation of Bitcoin is that it is limited to those places that accept it as currency. However, it can also be exchanged for conventional currencies, such as the U.S. dollar, Euro, Yen, and Yuan. Therefore, Bitcoin is a currency or form of money, and investors wishing to invest in BTCST provided an investment of money. … Therefore, the Court finds that the BTCST investments meet the definition of investment contract, and as such, are securities.”

Under this precedent, Bitcoin is a security and falls under the financial regulations governing other securities in the United States and the overview of the SEC.

This trend toward regulation is not new. Mt. Gox, the once-largest Bitcoin exchange (Bitstamp passed it in trading volume last month) saw the money in its account with the electronic payment service Dwolla seized by the Department of Homeland Security in May. In March, the U.S. Treasury Department issued a statement maintaining what Mazzant subsequently found—that Bitcoin fell under the U.S. regulatory regime.

Outside of the U.S., Canada has frozen the funds in several Bitcoin exchanges, and Thailand has called the currency illegal.

Bitcoin’s peer-to-peer cryptological nature means that some of the regulations will be hard to enforce on an individual level. But any company wishing to do business in the U.S. will have to toe the line. This could slow the development of the Bitcoin ecosystem, though it could also help to stabilize it by making it less unpredictable and mysterious.