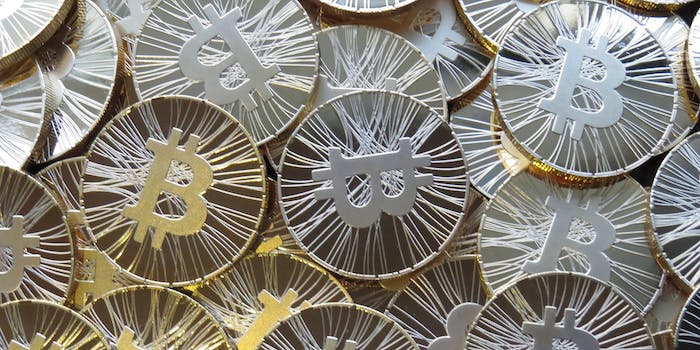 The bust of a major black market didn't slow Bitcoin down.

Bubbles burst. A ponzi schemes stole millions. A black market was seized. Despite it all, the resilient digital currency known as Bitcoin has boomed in 2013.

As Bitcoin rallied to $180 this weekend, the currency crossed the major milestone of $2 billion in total market value for the first time since April 2013.

Bitcoin faced its latest test when the FBI seized the Deep Web black market Silk Road—which had reportedly booked $1.2 billion in revenue, all in Bitcoin—earlier this month. Despite a short-term dip in value, the digital currency bounced back with astounding speed. It took all of 10 days to top pre-Silk-Road-seizure prices. Since then, the price of a Bitcoin has shot up.

One of the great catalysts for Bitcoin’s upward trajectory has been massive Chinese investment after Baidu, a company often called “China’s Google,” began accepting the currency as a form of payment.

BTCChina.com, a Chinese Bitcoin exchange market, has led the world in daily trade volume several times within the last month, even occasionally beating out Mt. Gox, traditionally seen as the leading exchange. Allaying fears of a government crackdown, a Chinese banking regulatory commission said last week there were “no plans to introduce regulatory policies for Bitcoin.”