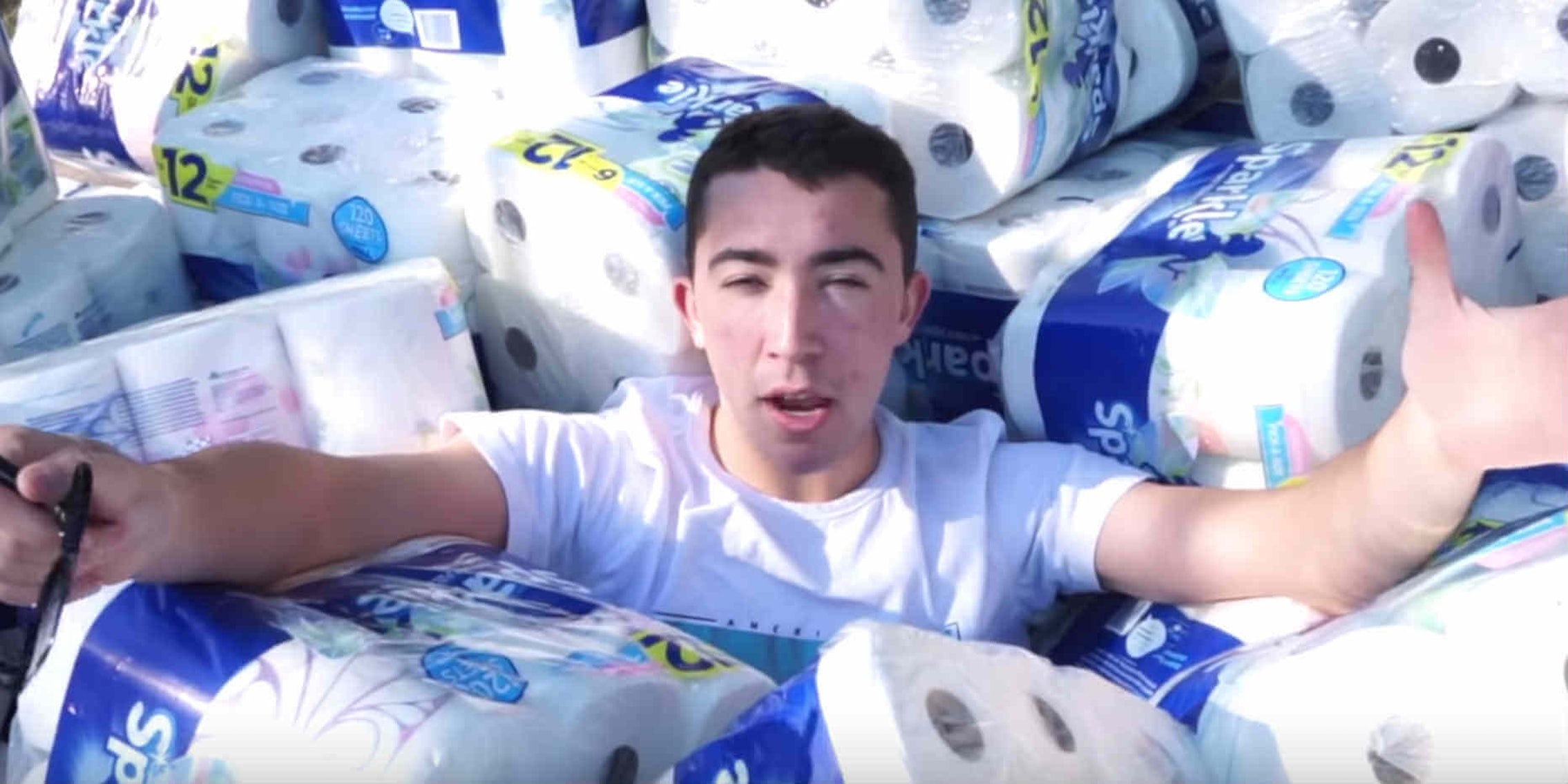 Tyler Oliveira, a YouTuber known for his prank videos, is taking a ton of heat on social media after trying to soak up a pool with paper towels.

Oliveira chunks 100,000 Sparkle paper towel rolls into a swimming pool, fetching out each roll with pool skimmer nets in a video, titled “Can 1,000,000 Paper Towels Absorb a Swimming Pool?”

He says the video was inspired by comments left on a viral TikTok video of his, wherein he pretended to spill a glass of water into a pool and tried to wipe it up with a couple of sheets of paper towels.

By the end of the YouTube video, Oliveira’s backyard is littered with soaking wet paper towels along with the plastic wrappings they came in. Yet the pool still appears to be filled with water.

After realizing that the experiment is a failure, the YouTube prankster then decides to move on to another, far less ambitious (but equally dumb) experiment, where he tries to soak up a gallon of water from a bucket.

“It takes exactly 145 sheets of paper towels to empty a gallon-sized bucket,” he says.

By doing some calculations, Oliveira concludes that it would take 3.6 million paper towels to absorb his entire pool.

Oliveira then discards all the paper towels, along with the plastic and boxes they were once packed in, into a dumpster and tries to blow them up with a firework.

People online were unimpressed, with many commenting on the YouTuber’s apparent disregard for the earth.

Most commenters pointed out the stark contrast between Oliveira and fellow YouTuber MrBeast, who recently collaborated with other YouTubers to have more than 21 million trees planted around the world.

“Do a challenge like ‘how many donations can we get for Australia’ and other YouTubers will follow,” another suggested.

After much backlash, Oliveira updated the description section of the video to apologize and call the experiment a “big fat L.”

“To be honest, this video was a really bad idea,” he wrote. “I was caught up in the idea of making a banger and I didn’t really consider the net consequence on the world around me, and that’s pretty messed up.”

He wrote that he wanted to use the attention the video was getting to raise funds that will go toward combatting Australia’s bushfires, which are being exacerbated by climate change, and claimed he already donated $1,000 to the cause.