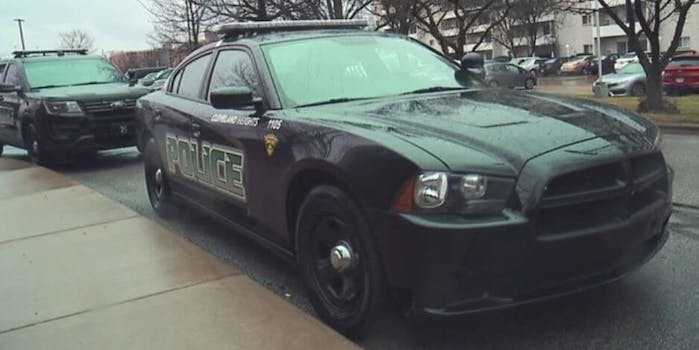 Teen and his friends pretended to rob his mother for YouTube views, police say

An Ohio teenager told police that he and a group of his friends staged a fake robbery that involved threatening his mother so he could film the prank for his YouTube channel.

According to news station KCPQ, the 17-year-old from Cleveland Heights and three friends, all wearing ski masks, confronted his mother on her driveway with a gun. After the mother escaped from the fake robbery, police said the teen admitted that his motivation was a live YouTube stream.

Police said the teens forced the 40-year-old mother into her house, pointed a gun at her (which was allegedly just an airsoft pistol), demanded she get on the floor, and told her to give them money. The son then allegedly pretended to fight with his masked friends, and during the brouhaha, the mother escaped the house.

That’s when the teenager called 911 and said, “I just did a fake robbery prank on my mom and she ran. I know she called the police. She’s nowhere to be found.”

Asked by the dispatcher if the fake robbery attempt was a prank, the teen said, “Yeah, but she thought it was for real. Like when I got to wrestling my friends for fake, she ran out of the house.”

The dispatcher asked, “Can you explain to me what happened and why you did that to your mother?”

Another neighbor called police at the same time as the teen and said the mother was hiding on his porch and seemed to be in danger.

KCPQ reports that the 17-year-old son and one of his alleged accomplices are facing juvenile charges, while an 18-year-old and a 19-year-old who were also allegedly involved have been charged with inducing panic.