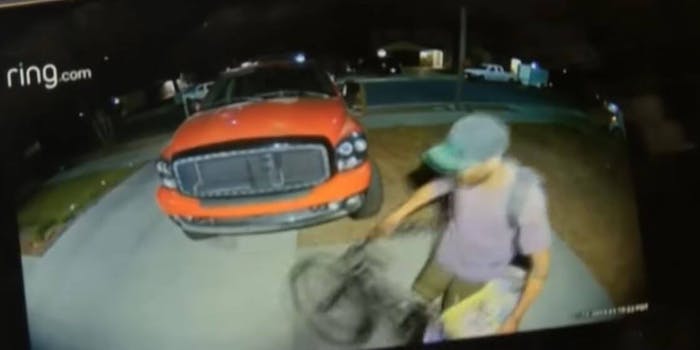 This allegedly went on for months.

Police say a couple from California attempted to trick potential bike thieves by enticing them to their yard and then allegedly beating them with baseball bats and posting the results on YouTube.

Corey Cornutt, 25, and Savannah Grillot, 29, have been charged by Visalia, California, police with assault with a deadly weapon and conspiracy after they apparently used this trick for months in 2019.

According to the New York Post, the couple was robbed on the first night in their new house in California when somebody broke into their car. The same thing happened a few days later, the couple said.

That apparently is when they took matters into their own hands.

In a written statement, police said, “In the videos, it appears as if the suspects planted a bicycle in the front yard of their residence, unsecured, and waited for someone to try and steal the bicycle. Once someone tried to steal the bike, the suspects would rush from the house and assault the individual with a baseball bat. The victims in the cases received various non-life threatening injuries. At this point, four individuals have been identified as having been assaulted by the suspects.”

Since Cornutt and Grillot didn’t refer the alleged thieves to the police, nobody was arrested for trying to steal their bike.

One neighbor told CBS 47 that, at first, the neighbors supported the couple for helping keep the area safe. But that soon dissipated.

“I’m not for not protecting your property,” the neighbor told the TV station, “but at the same time, there’s a fine line with trying to bait them and to do it for other reasons.”