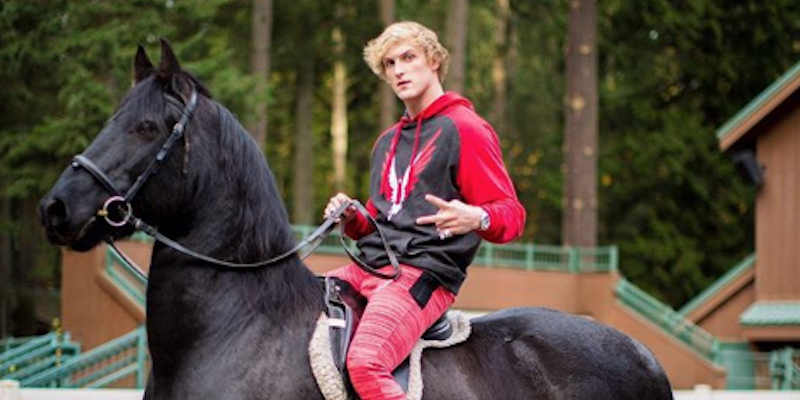 'You deserve to know what's going on.'

YouTube claims it’s looking into “further consequences” for Logan Paul after the vlogger uploaded a video of a dead body to his 16.5 million followers’ feeds this month.

The video was filmed in a Japanese national park dubbed the “suicide forest” and featured Paul and friends discovering, then reacting to, what appeared to be someone’s corpse they’d encountered hanging from a tree. Paul eventually pulled the 15-minute clip from his channel after issuing two apologies and facing days of backlash from both the YouTube community and the media, but some critics still wonder if enough has been done to prevent this kind of content from staying up for so long in the first place. One popular Japanese YouTuber is calling for the streaming service to deactivate Paul’s account, saying the video of the corpse is just a drop in the bucket of the culturally offensive, “anti-social” videos on Logan’s channel. But in an “open letter” Twitter thread Tuesday, YouTube said it’s still considering its options when it comes to Paul.

“Suicide is not a joke, nor should it ever be a driving force for views,” the company wrote. “The channel violated our community guidelines, we acted accordingly, and we are looking at further consequences.”

Like many others, we were upset by the video that was shared last week.

We expect more of the creators who build their community on @YouTube, as we’re sure you do too. The channel violated our community guidelines, we acted accordingly, and we are looking at further consequences.

It’s taken us a long time to respond, but we’ve been listening to everything you’ve been saying. We know that the actions of one creator can affect the entire community, so we’ll have more to share soon on steps we’re taking to ensure a video like this is never circulated again.

YouTube admitted it’s taken “a long time to respond”—something users have been criticizing it for since the news broke earlier this month—but said it’s because it’s been “listening to everything you’ve been saying.”

Critics don’t seem satisfied with the update and wonder if anything significant will come it. BuzzFeed’s Katie Notopoulos pointed out Tuesday evening that the company’s claim that it “acted accordingly” seems to imply that YouTube was the entity that took the video in question down, but an interview with a member of YouTube’s Trusted Flagger program last week already revealed that the company “manually reviewed Paul’s video” and “decided that the video could remain online and didn’t need an age restriction.”

There is the possibility that Paul’s current “break” from posting was enforced by the streaming giant, and it gave him the courtesy of delivering the announcement himself and making it look like a choice, but no matter which “consequences” the company claims it has administered, critics most likely won’t be satisfied until they see concrete policy changes at YouTube that prevent content like that from being liked, shared, and monetized by the community again.