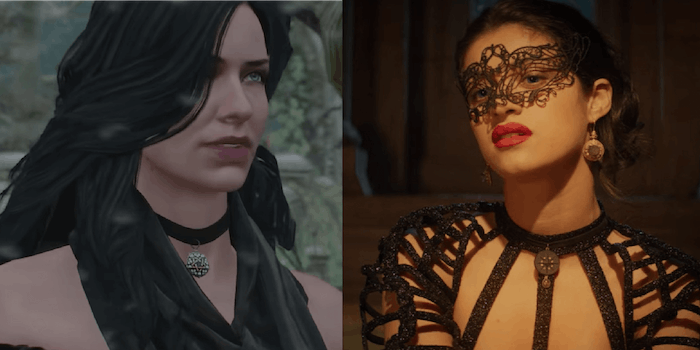 Why is Yennefer of Vengerberg so different in Netflix’s ‘The Witcher’?

Yennefer is not your typical heroine.

Netflix’s The Witcher took a beloved book series and created the next fantasy sensation—or so it hopes. As fans of the books finish the first season, some are wondering why Yennefer of Vengerberg, a longtime staple of Andrzej Sapkowski’s story, feels so different.

Despite the new series receiving its fair share of criticism, viewers are flocking to the show. Fans of the mega-popular video games—as well as the books and fantasy in general—are thrilled to have a new obsession.

However, a few choices in the Netflix series came off as confusing for crossover fans. Yennefer, in particular, saw several changes in her streaming debut.

Who is Yennefer of Vengerberg?

It’s important to note that plenty of things about Yennefer, including much of her backstory, are quite accurate in the Netflix series. It is more Yennefer’s personality (and attitude) that feel different in the show. There are a few noticeable differences in her portrayal, most of which make her more relatable.

First off, I must note that the books don’t explicitly state much about Yennefer’s background. Due to her difficult childhood, Yennefer is often tight-lipped about her upbringing. The stories hint at several aspects, like her physical differences and elven blood, but she rarely states anything outright. 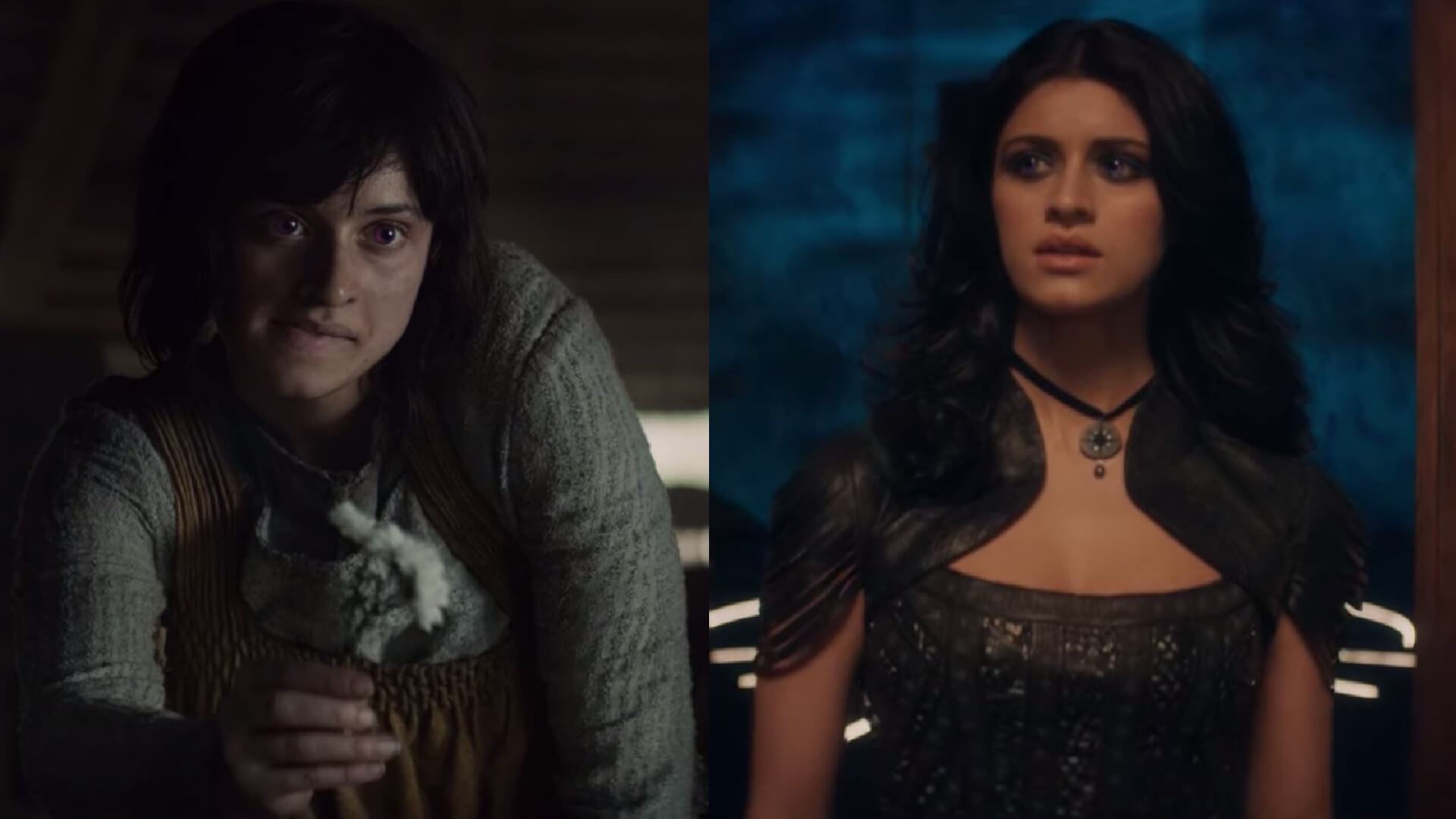 Yennefer was born in 1173 to commoners. If you’re doing the math, yes, that makes her nearly a century old when Cintra falls in 1263. Her congenital hunchback immediately made her a target of hatred and abuse from her father, who blamed her mother for Yennefer’s appearance.

She lived a difficult, isolated life until she began her training at Aretuza, a magical academy for sorceresses-in-training. She always had a knack for magic, and she developed a diverse set of skills. After completing her training, Yennefer became the adviser and sorceress of Demavend of Aedirn. Before the Supreme Council of Sorcerers’ fall, she was the youngest member.

Yennefer is an extremely powerful sorceress. While she doesn’t have the experience of some of her peers, like Philippa Eilhart, Yennefer may be one of the most battle-tested. She has participated in multiple battles and survived them all relatively unscathed.

Yennefer appears to prefer electric-style magic, as opposed to Triss, who tends to veer toward fire magic. That said, Yennefer has shown proficiency with fire magic as well as illusion spells, transformation spells, and even a touch of necromancy.

In The Witcher, sorceresses are not locked into one school of magic. Many series tend to put magic-users in a box and only allow them to pursue one style. Sapkowski’s rich world does not force Yennefer into such a restricted definition.

One thing many sorceresses—and magic-users in general, actually—share is infertility. The reason behind this is far more explicit in the Netflix series than in the books, but nonetheless it remains a constant. Witchers, who can also command some degree of magic, share in this infertility. The desire to bear a child is ultimately a huge motivator for Yennefer, who spends much of her time striving to change her fate.

Yennefer in the books and games

In the books, much of Yennefer’s background is little but vague assumption. Readers gather most of the information about her past through hints and brief mentions. Fans of the book series will remember that the short stories revealed a small amount more about Yennefer and her motivations, but not much.

However, her desire for a child is consistent through the books, games, and Netflix series. Her preferred magical style is similarly consistent.

One of the biggest differences between the books and the show is Yennefer’s personality. She is still difficult to pin down as a heroine in the Netflix series, but overall she is a far more sympathetic character.

Fans of the video games and books tend to be split on Yennefer. Some love her complexity, while others find her grating, rude, and self-centered.

In the Netflix series, she is a much more relatable heroine. While she still deviates from a traditional role—a fact we are grateful for—she has a level of complexity and emotionality that makes her much more enjoyable.

Even if you hated her in the books and games, chances you’ll find more to enjoy about Yennefer in the show. Her overwhelming drive for control and ultimate power makes a lot more sense when you see where she came from.

Whether you’re a longtime Witcher fan or a newcomer, one thing is clear: Yennefer and Geralt have a complicated relationship. Throughout Sapkowski’s books and the video games, Geralt and Yennefer enjoy a sometimes confusing on-again-off-again relationship. In the Netflix series, this relationship is only just beginning.

Some fans may think they know the future of Yennefer and Geralt’s rocky love, but they might be mistaken. Many adaptations take liberties with their source material, and we shouldn’t assume The Witcher will be any different. Showrunners have already deviated from the book’s background in a few key ways and will likely continue to do so.

A very important difference between The Witcher Netflix series and the books and video games involves Geralt’s djinn wish.

After accidentally locating and freeing a captured djinn, Dandelion—ahem, excuse me, Jaskier—attempts to list his wishes. The djinn, rather than grant the bard’s wishes, badly wounds him and flees. Geralt rushes his friend to the nearest town, Rinde, which just so happens to be Yennefer’s current home. After informing her of the situation, Yennefer agrees to assist Jaskier. In truth, the power-hungry sorceress hopes to trap the djinn and use its power to enhance her own. She tries to force Jaskier to use his final wish so the djinn is freed and can be captured.

It turns out, however, that Jaskier was never the djinn’s master. The genie was fulfilling Geralt’s wishes instead. The Witcher uttered his remaining wish, upon Yennefer’s request, but she was unable to trap the djinn.

While Netflix viewers did not hear Geralt’s wish, we can assume it was similar to the book. Geralt wishes for his and Yennefer’s fates to be tied, believing it is the only way to save the desperate sorceress. It is the beginning of a long, tumultuous relationship, with a key difference between the book version and show version.

In the show, however, Yennefer is seemingly unaware of Geralt’s final wish. This makes it seem like she was tricked into the bond, which could imply a big change in how the show later addresses their relationship.

In the Netflix series, Yennefer chooses to sacrifice her uterus for beauty. The show also indicates that the process is necessary for Yennefer to access her full powers. Let’s not deny, however, that most of it hinges on the physical transformation. Yennefer knowingly sacrifices her ability to bear children, which is a definite change from the books. Again, much of Yennefer’s backstory was vague, but her sacrifice was not nearly as explicit as it is in the show.

While this change may seem small, it is actually quite important. Yennefer’s hunt to find a cure is a massive part of her motivation, after all. Having knowingly signed up for the sacrifice, her fight for fertility is far more complicated. In the books, it is not a conscious decision to trade fertility for power, but rather an unfortunate side effect of magic. The approach Netflix took adds a strange complexity to Yennefer’s motivation, while also revealing some of her very human contradictions.