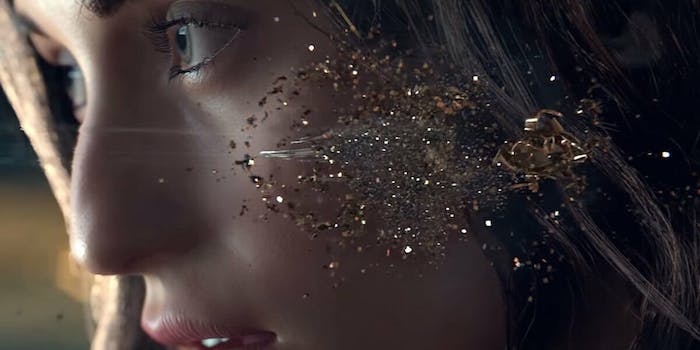 Developer promises Cyberpunk 2077 is ‘more ambitious’ than The Witcher 3

If you thought The Witcher 3 was big, you'll want to keep an eye on Cyberpunk 2077.

If there’s one thing you don’t walk away from The Witcher 3 saying, it’s that it’s unambitious. With a sprawling open world and nearly endless supply of quests, this gritty fantasy game can sustain hundreds of hours of gameplay. So it’s exciting—if somewhat daunting—when developer CD Projekt Red says its next game, Cyberpunk 2077, will be even more ambitious.

CEO Adam Kicinski said recently made the comment at the Pareto Securities’ Gaming Seminar, according to VG247. He also said they want to build Cyberpunk 2077 into a new blockbuster franchise. “This is [a] true RPG, like Witcher, like Witcher 3, for mature audiences. It’s handcrafted, detailed, of course open-world, with open-ended gameplay,” he said.

Meanwhile, for anyone hoping for news about The Witcher 4, Kicinski officially dashed those hopes. “We can’t create Witcher 4, because that was a trilogy from the beginning,” he said. “No one said that one day we won’t decide to develop something in the Witcher universe. But now we’re focusing on Cyberpunk and Gwent.” Gwent is a stand-alone digital card game based on a mini-game in The Witcher 3.

Much about Cyberpunk 2077 is still shrouded in secrecy, though we’ve gotten vague hints and rumors it could appear at this year’s E3 in June. The biggest hint, such as it was, came from a tweet on Jan. 10 that just said, “beep.”

It was the first activity on the Cyberpunk 2077 Twitter account in four years. Yes, this game’s been in the works for quite some time.

But we do know it takes place in a cyberpunk metropolis in the future. It’s open-world. It will have adult themes. CD Projekt released a teaser trailer for it way back in 2013. And it’s coming “when it’s ready,” which analysts think means the first half of 2019.