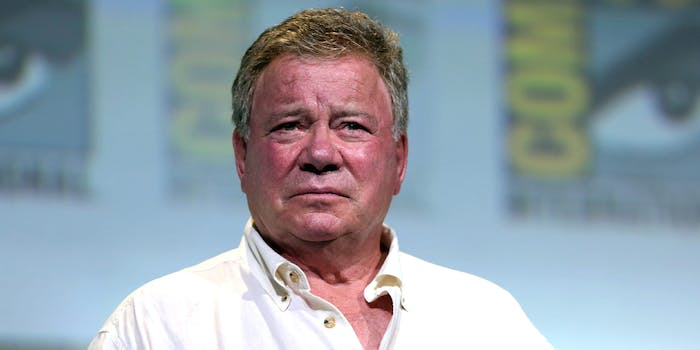 Shatner seems to have changed his tune on bitcoin.

What has William Shatner been up to lately? It seems he’s moved on from being deeply immersed in 4chan to becoming the spokesperson for a bitcoin-mining operation.

Shatner is now involved with Solar Alliance, a Vancouver company that recently announced plans to open a 165,000 square-foot solar-powered bitcoin-mining base in southern Illinois. Though he’s the spokesperson, Shatner isn’t quite that versed in the workings of cryptocurrency, he told The Chicago Tribune: “The concept is so, I guess the word is bizarre. You have to blank your mind and say, ‘What is blockchain, again? How does mining operate, again?’ The concepts are really strange, and yet when you begin to grasp it, it makes sense.”

But it seems the new plant will be a boon for the town of Murphysboro, Illinois. Mayor Will Stephens told the Tribune that they’ve “seen job losses because of a change in the worldwide economy,” and the factory where this new venture will live has been abandoned since 2004.

Shatner, who in 2014 tweeted that “bit coin is cyber snob currency,” reportedly got involved with Solar Alliance after the company installed solar panels on his home in California. In a press release, he stated: “Blockchain technologies, and cryptocurrencies specifically, are at the cutting edge of a new distributed technology infrastructure.”