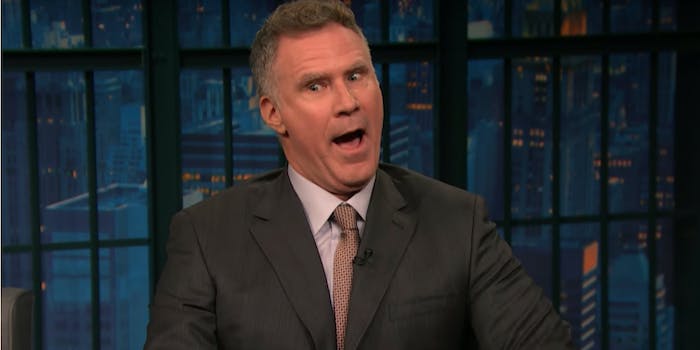 Will Ferrell is leaving Facebook, says he can’t use it in ‘good conscience’

Will Ferrell is the latest celebrity who’s saying goodbye to Facebook.

The actor posted to Facebook on Tuesday and told fans that he’d be deleting his account in 72 hours. He cited Facebook’s ongoing fallout from the Cambridge Analytica data scandal as one reason for the deletion, but also mentioned that the platform allowed him to promote his work with Funny or Die, which had a fruitful relationship with Facebook until its editorial team was decimated. He wrote:

I know I am not alone when I say that I was very disturbed to hear about Cambridge Analytica’s misuse of millions of Facebook users’ information in order to undermine our democracy and infringe on our citizens’ privacy. I was further appalled to learn that Facebook’s reaction to such a violation was to suspend the account of the Cambridge Analytica whistleblower.

In this day and age, with misinformation running rampant, it’s important that we protect the truth, as well as those who work to bring it to light. I can no longer, in good conscience, use the services of a company that allowed the spread of propaganda and directly aimed it at those most vulnerable.

Elon Musk publicly declared that Facebook gives him “the willies,” after Tesla and Space X left the site, and Jim Carrey urged his fans to delete their accounts back in February because of Russian meddling in the 2016 election. Playboy also just deleted its Facebook.