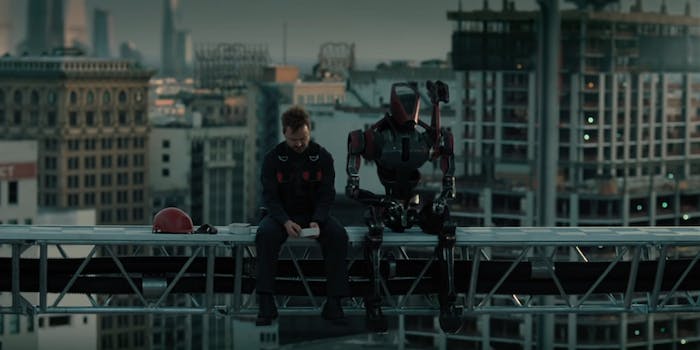 As Game of Thrones wrapped up, HBO gave us the trailer for Westworld season 3. And it’s a whole new world.

The trailer gives us our first glimpse of Aaron Paul, who will be playing one of the main characters in season 3, which apparently takes place outside Westworld, in a city that looks a little like L.A. but could be anywhere. We also see Dolores (Evan Rachel Wood) with new hair, as well as Lena Waithe and Kid Cudi. Vincent Cassel will reportedly play a villain in this season.