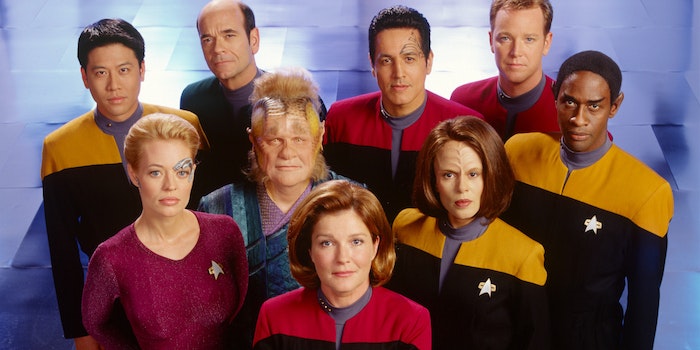 Captain Janeway will get her crew home or die trying.

The galaxy is insanely massive. Let’s imagine, for fun, that you were instantly flung to the other side of the cosmos by an alien entity. Did you know that even at the cruising speed of Warp 6 it would take approximately 70 years to get home? This was the grim reality faced by Starfleet Captain Kathryn Janeway.

While chasing down a renegade Maquis ship in The Badlands, Janeway was pulled into Delta Quadrant by an entity known as “The Caretaker,” approximately 70,000 light-years away from Federation space. Now, working together with the crew of the Maquis ship she was ordered to capture, Janeway must plot a safe course for home while dodging the many dangers the quadrant throws at her, including the Borg. Luckily for her, she’s got an amazing crew behind her, including a holographic doctor that’s too witty for his own good, Starfleet’s most stoic Vulcan, and of course, the hottest Borg drone to ever don spandex.

Here’s everything you need to know to watch Star Trek: Voyager online. 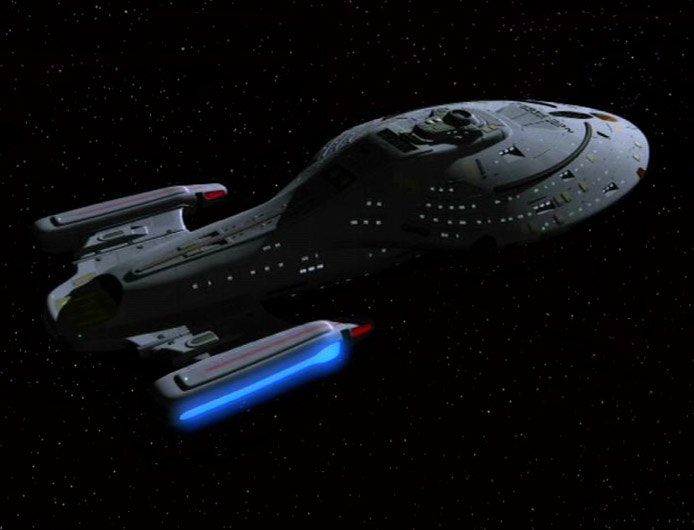 How many seasons of Star Trek: Voyager were there?

If you want to watch episodes of Drunk History on the day after they air, there’s no better option than Hulu. The streaming service, which just slashed the cost of its ad-supported version to a mere $5.99 per month, offers all episodes of Star Trek: Voyager on-demand. If you subscribe to Hulu with Live TV, you’ll get the on-demand portion of Hulu included for free. You can also upgrade to Hulu No Commercials for $11.99 per month.

Amazon Prime Video is one of the most popular streaming services available, in large part because it comes complimentary with every Prime membership. If you’re addicted to two-day shipping and binging TV shows, it’s one of the best-streaming destinations. There are plenty of exclusives that make having access to the library worth having, including Good Omens, The Man in the High Castle, The Marvelous Mrs. Maisel, Transparent, and The Tick. This includes Star Trek: Voyager. Best of all, if you’re a student, you can get six months free before you commit for the rest of the year. 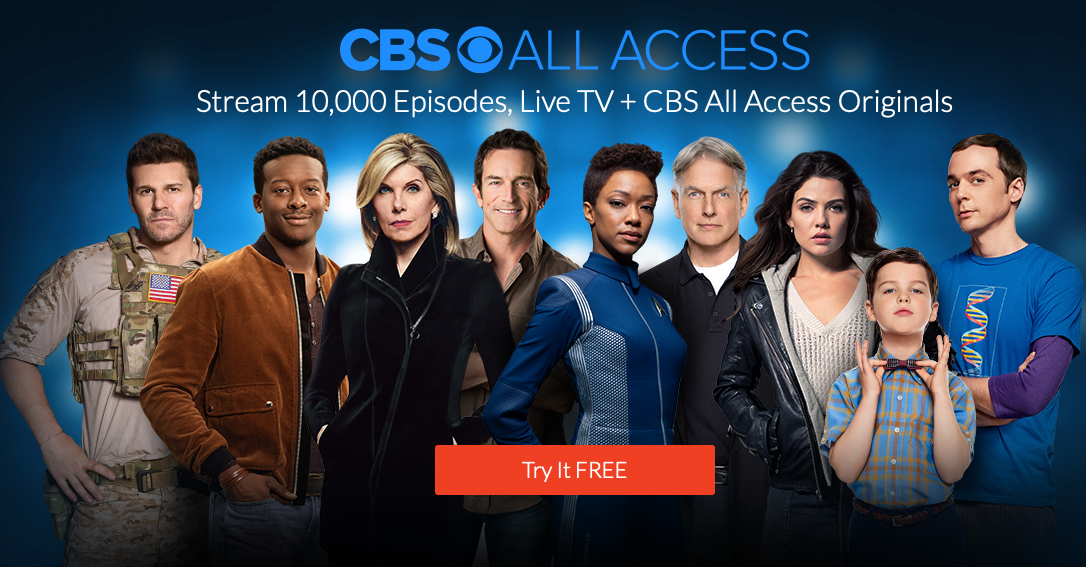 You can catch all seasons of Star Trek: Voyager, which offers a free month of service to new subscribers.