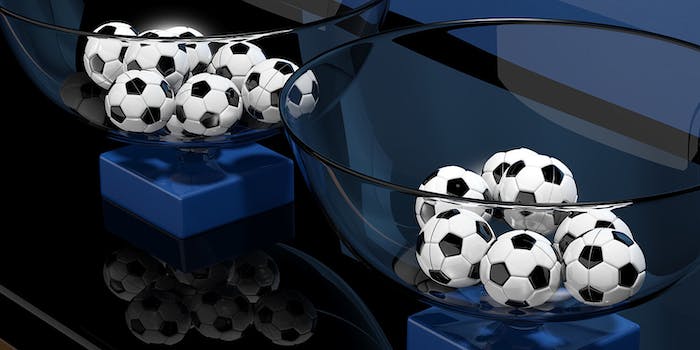 Find out who will face off in the Champions League Round of 16 with Monday's draw.

Now that Champions League group stage play is over, we’re getting to the knockout rounds. Sixteen teams will face off, starting Feb. 18 and playing out in home-and-away legs over the next month.

Here’s everything you need to know to live stream Home Team vs. Visting Team, including what to watch for on the pitch.

Champions League Round of 16 Draw

The draw is on B/R Live; that streaming service carries all 2019-20 Champions League matches.

Champions League Draw: What to watch for

The seeded teams, which won their respective groups, will host the second leg match, either on March 10, 11, 17, or 18. They’ll be away at their unseeded opponents (the second-place finishers in each of the groups), either on Feb. 18, 19, 25, or 26. Tournament rules have it that the seeded team can’t face a team from its own league or from the group it won. With only teams from the big five European leagues making it to the Round of 16, it’s going to be a little trickier this year. But as you can see from the list below, there are a lot of different alignments for the first step in the knockout phase.