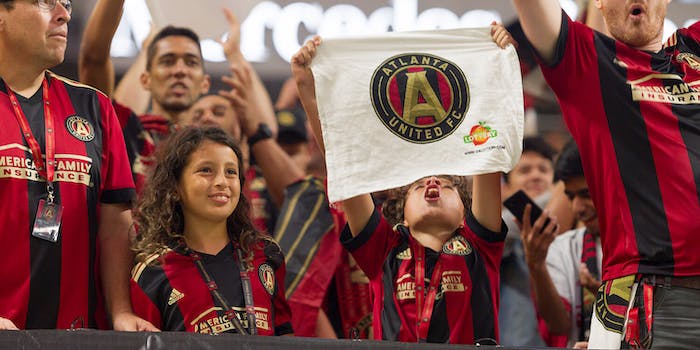 How to stream Atlanta United vs. Minnesota United FC in the U.S. Open Cup final

Two talented teams, who both entered MLS in 2017, face off in the final.

If you’re a fan of Major League Soccer, Atlanta United should be on your radar. After all, Josef Martinez smashed the single-season goal record last season, and it’s got a talented roster that includes longtime U.S. national goalie Brad Guzan and reigning South American player of the year Pity Martinez. And, of course, it’s the defending champ.

But Minnesota United FC should also be on your radar if it’s not already. Darwin Quintero’s a legitimate star with more than the occasional flash of brilliance, Romain Metanire could be the best right back in the league, and it has a budding young striker in Mason Toye who’s worth watching.

Here’s everything you need to know to watch Atlanta United vs. Minnesota United FC in the 2019 Lamar Hunt U.S. Open Cup Final.

The match is on ESPN+; with its low monthly and annual subscription rate, provides an easy way to stream Minnesota vs. Portland in the U.S. Open Cup semifinal round.

ESPN+ is a subscription service that extends ESPN’s existing website and app, and it’s essential for soccer fans, in particular, carrying select U.S. Open Cup matches, as well as MLS, USL, Serie A+, Copa America, and FA Cup matches. It encompasses other sporting events as well, including 20 exclusive UFC Fight Night events per year, 180 NHL games, at least one MLB game a day for every day of the season, and a cornucopia of college sports.

Atlanta United vs. Minnesota United FC in the U.S. Open Cup: Why it matters

Both teams are relatively new to MLS, debuting in 2017. Atlanta’s had the more successful early run, winning the MLS Cup last season, but Minnesota moved into a new stadium this season and looks to be headed for the playoffs barring a late-season collapse. While a U.S. Open Cup win might be the cherry on the sundae for the Five Stripes, it’d be a whole sundae until itself for the Loons.

Minnesota United should travel with a spirited contingent of fans, and it certainly can keep up with Atlanta United on the field. Since it’s an Open Cup match, there might be surprises as to who steps up. For example, in Atlanta’s semifinal win over Orlando City SC, the newly acquired Emerson Hyndman (an up-and-coming young American player) produced the insurance goal.

While both teams have sights set on the MLS Cup, the Open Cup’s got more than a century of tradition, and it’s no easy feat to capture it. For either team, winning would be a worthy cause for celebration.