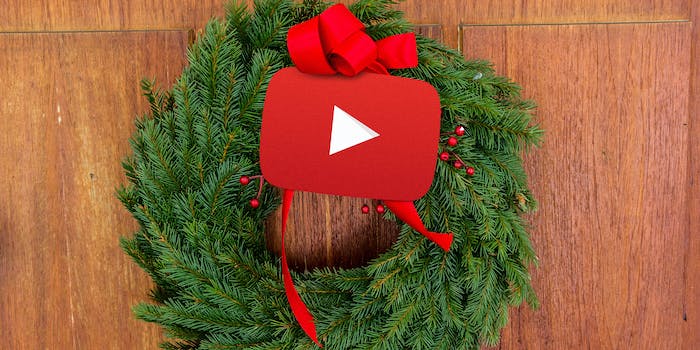 The joys of Vlogmas, the blowout that gave YouTube its holiday heart

For nearly six years, Vlogmas has been the reigning December tradition among YouTube creators intent on filling their channels with holiday-ripe content. Is it a celebration of their views? A way to reward audiences? Are they harboring a love for the holidays that just can’t be contained in one video? I took it upon myself to investigate.

In 2014, HelloGiggles called the trend “addictive” and “glorious.” A year later, We the Unicorns created a how-to guide to tackling Vlogmas by looking at the examples set by digital stars like Tyler Oakley. This year, I finally embraced the tradition.

Similar to “VEDA” (Vlog Everyday in April) and “Vlogtober,” Vlogmas requires creators to upload a video every day leading up to Christmas. When Dec. 1 arrived, I yelled “happy Vlogmas to you!” at my confused co-worker. We both wound up stalking Zoella uploads to see what treats Britain’s most subscribed female creator had in store for us this year.

Estée Lalonde, Carrie Hope Fletcher, Jenna Marbles, Giovanna Fletcher, Melanie Murphy, Claire Marshall, Fleur DeForce, Hannah Hart, Grace Helbig, Rosianna Rojas—the list of creators uploading under the Vlogmas moniker has ballooned since it was first popularized in 2011. And this year at the head of the table sits Zoella, who not only is uploading Vlogmas content on her second channel (MoreZoella) but on her main channel as well: It doesn’t get more Vlogmas-y than 48 videos in 24 days, my little holiday elves.

But in order understand what makes Vlogmas work, we must first discover what makes vlogging one of YouTube’s oldest and most successful genres. Vlogging (video blogging), is as old as YouTube itself, with creators filming their everyday lives to the delight of millions of viewers around the world.

My boss once said, “It isn’t until you find just the right creator that you’ll understand the appeal of vlogging.” For many like myself, that hasn’t been the 630 million-viewed Alfie Deyes or Phil DeFranco, but unicorns like Carrie Hope Fletcher, Estée Lalonde, and Lex Croucher. It all just clicked when I began streaming their work.

When you follow a vlogger, you’re following their adventures like you would a friend, and the more time you spend on their channel, the most invested you become in their trials, triumphs, and thoughts.

Why might a creator take on the challenge of Vlogmas? In part because it’s a challenge to close the books on the year. For those wild about Christmas or excited about filmmaking, a 24-day upload schedule can eliminate the creative ideas still nagging at a person’s video-making bucket list. It’s also a nice recap to the year, a way of rewarding loyal fans, dusting off forgotten videos, and putting together desired collaborations before 2017.

For viewers, Vlogmas is like receiving a video holiday letter every day from the people you enjoy watching most. The extra content then invests them further into the lives of their favorite creators, as both transition together into the new year.

So grab a cup of tea, snuggle up with your cats, and let the Vlogmas binge begin—I’ve included my favorites below. And as I yelled in my last marketing meeting, “Merry Vlogmas to all, and to all a good night.”