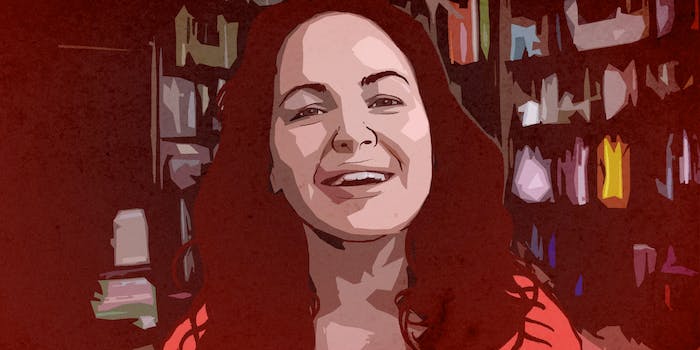 A living example of how being yourself is the best way to build the life you truly want.

Despite working with YouTube videos for years, it wasn’t until I found Giovanna Fletcher and her weekly video letters to her family that I understood the joys of vlogging. This is a mom on a mission—and the world is better for it.

This all starts with a very interconnected web. Fletcher is the wife of McFly frontman and fellow YouTuber Tom Fletcher, whose sister is the famed singer and actress Carrie Hope Fletcher. They’re all published authors and extraordinary musicians but what makes them stand out to me is their normalcy. Despite the fame and buckets of talent this family possess, their videos are inviting, comical, and honest.

Born in Essex, England, to an Italian family, Fletcher attended Sylvia Young Theatre School where she met Tom at age 13. After years of dating, the pair married in 2012 and two years later, welcomed their first son Buzz. His unique pregnancy announcement “Bump to Buzz” gained over 13 million views. This year, the Fletchers welcomed their second son, Buddy.

Fletcher is not only a creator I admire for all she has accomplished, but the optimistic and joyful perspective with which she approaches life. Fletcher began regularly uploading to her YouTube channel just over a year ago, and in that time has drawn in viewers fascinated by her life as a rock star wife, new mother, and author of five novels. Her videos are a mix of letters to Carrie; vlogs about her adventures with her sons (her new series “Mumsday” debuted two weeks ago); and chats about life, motherhood, adulthood, and more. To some she’s a big sister with all the answers, to others she’s a mother whose struggles to get through a meal with a cranky toddler are comforting and encouraging. She’s also a blogger for Hello! magazine and in the throes of writing her next novel.

This year Fletcher made international news after her response to a body-shaming comment went viral. Only 11 days after delivering Buddy, Fletcher was approached by a woman who commented “mommy still has her belly,” and instead of harshly slamming the woman, Fletcher took to Instagram and YouTube to express her thanks to the body that kept her baby safe for nine months. The video opened up important conversations on body-shaming and motherhood, and has since empowered Fletcher to talk more openly about her own decisions and techniques as a mother.

There are thousands of mommy vloggers on YouTube all working to share knowledge—but Fletcher is more than that. She’s a conversation-starting role model. The joy she finds in tiny moments with her kids, and the flexibility she has when parenting and creating art is inspiring to everyone. (Even those of us whose heirs will be our cats.)

She’s a living example of how being yourself—wacky, full of laughter, unapologetic—is the best way to build the life you truly want. And what YouTube viewer doesn’t need that reminder a few more times?