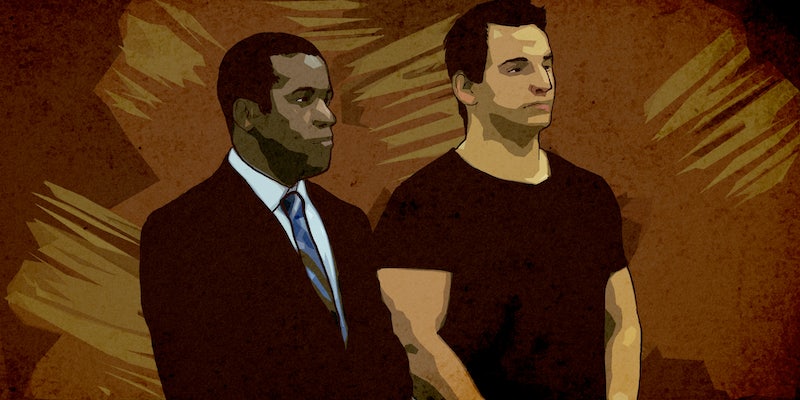 Is this guy the Ronnie Dobbs of dumb YouTube pranks?

A popular YouTuber pleaded no contest to a charge of first-degree misdemeanor after running onto the court with “Trump sucks” painted on his chest during the NBA Finals.

In his unending quest for middling content, persistent prank presence Vitaly Zdorovetskiy interrupted Game 4 in Cleveland, shirtless, with “Trump sucks” scrawled on his chest and “LeBron 4 prez” on his back. He was arrested and charged with first-degree misdemeanor for trespassing. On Wednesday in Cleveland Municipal Court, he pleaded no contest and was fined $1,000.

You might remember Zdorovetskiy as the man who climbed the Hollywood sign in May to promote… well, it’s not really clear. He also ran out on the field during the 2014 World Cup. Coincidentally, LeBron James posted video of Zdorovetskiy in the act to Instagram.

“This is your thing, isn’t it?” Judge Lauren Moore asked Zdorovetskiy during the hearing, likely referring to his middling (and often sexist and racist) pranks. After Zdorovetskiy said he would never return to Cleveland—unless the Cavs got to the Finals again—Assistant City Prosector Angela Rodriguez chimed in, “We’re happy to watch you from far away on YouTube.”

Zdorovetskiy reportedly left the courtroom and started filming himself.

In a post-hearing video interview with Cleveland.com, Zdorovetskiy said his “heart” told him he had to run onto the court, and also that he partied with the Cavs in Vegas after their Finals win and that it was “pretty cool.”

The NBA banned Zdorovetskiy from attending games for a year.